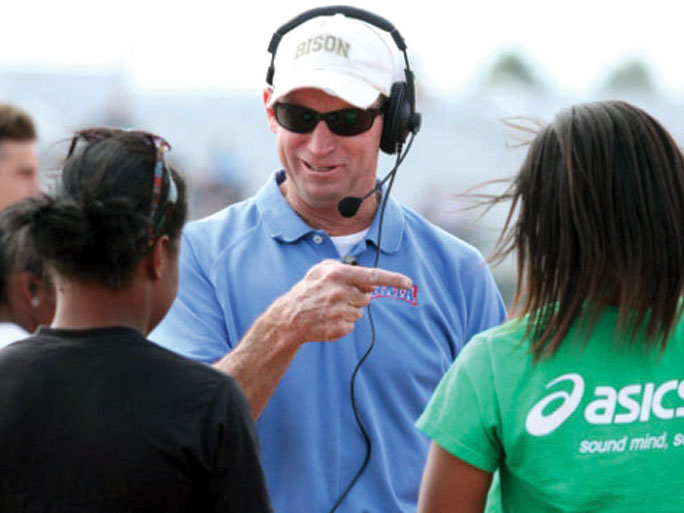 The award is given annually to an NAIA head coach who has embraced the five core values of the NAIA Champions of Character program, demonstrated character through sport and instilled a culture of community leadership through volunteering or service. Mastin will be formally recognized at the 73rd Annual NAIA Convention Awards Luncheon April 12 in Kansas City, Mo.

Since returning to his alma mater in 1996-97, Mastin has built a winning tradition at OBU. His cross country and track and field teams have won eight national championships and have produced more than 300 All-Americans during his tenure. 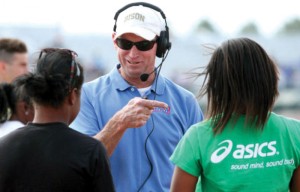 Ford Mastin has been the OBU head track coach for 18 seasons. His cross country and track teams have won eight national championships and have produced more than 300 All-Americans.

Beyond athletic performance, Mastin also teaches, mentors and challenges student-athletes in the area of character development. He established and continues to organize Champions of Character team meetings several nights each fall, where OBU alumni return to speak to the team regarding the five core values of integrity, respect, responsibility, sportsmanship and servant leadership.

Because of this strategic approach to teaching the five core values of the Champions of Character program, M. Dale Griffin, OBU dean of spiritual life and campus character liaison, calls Mastin, “the most intentional coach of character.”

“Not only does Coach Ford Mastin know how to discover athletes of character, he knows how to develop them,” Griffin said.

Landon Willets, a former OBU student-athlete who nominated Mastin for the award, was one of the many athletes who were personally touched by Mastin’s character and resolve, after he lost both his mother and sister in a tragic car accident.

“This award exemplifies not only the professional and coaching characteristics that Ford Mastin demonstrates every day on campus, at practice and at track and cross country meets throughout the country; it embodies the father, the husband, the friend and the man of God that has impacted the lives of so many,” Willets said.

“Anyone who has been through the Oklahoma Baptist track and cross country program has witnessed the internal strength and resolve he displays, his respectful approach to coaching and teaching, his ability to bind the individual to the good of the team, his tactful sportsmanship and his innate ability to lead by example.”