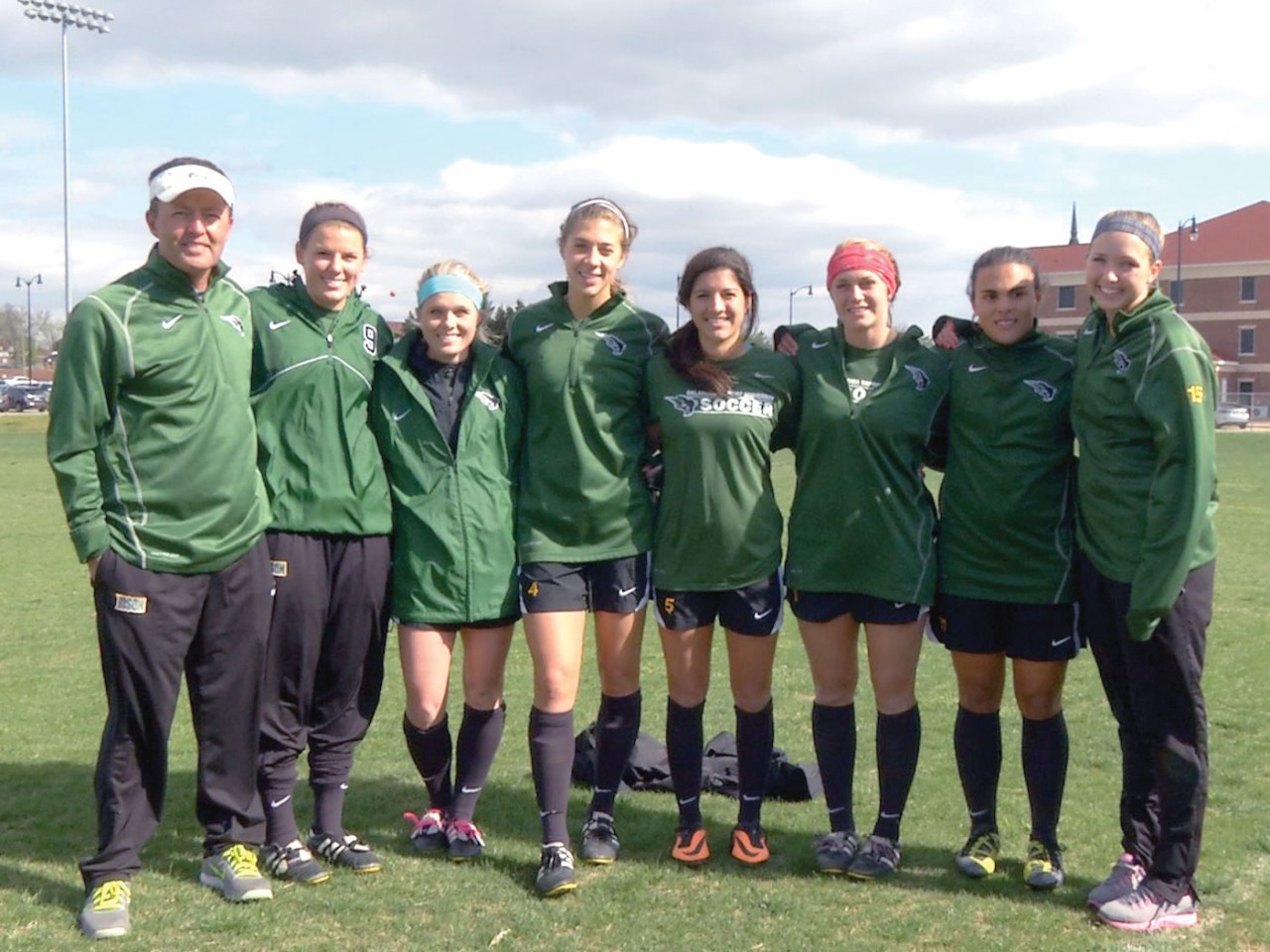 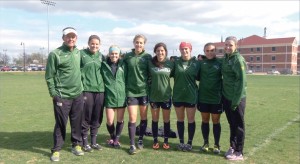 OBU Women’s Soccer Coach Michael White, left, poses with his players who are participating in a pre-World Cup ministry trip in Brazil.

The 2014 World Cup begins June 12 and continues through July 13, as 32 “international football” teams will meet in Brazil to compete for the illustrious title in the world’s most popular sport.

Preparing for the prominent event will be Oklahoma Baptist University’s (OBU) women’s soccer team which did some pre-World Cup ministry in Natal, May 26 – June 2. A group of 16 were involved in doing soccer clinics, playing “friendly” soccer games and other ministry activities, working with International Mission Board (IMB) missionary Rick Thompson.

“Through Rick and with some help from a local church body, we have coordinated guest homes to stay in,” said Michael White, OBU women’s soccer coach, before leaving on the trip. “We have coordinated some games. We are to play a university there, as well as some pickup games. I know we also are working with an orphanage. We will be doing camps and clinics almost every day with kids ages 8-16. Hopefully we will be sharing our testimonies.” 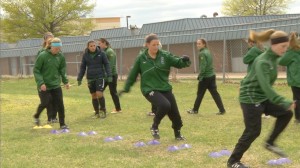 The Lady Bison do fitness drills in preparation for their Brazil trip.

Last fall, White completed his sixth year coaching at OBU. He was involved with the IMB as a journeyman and participated in three international mission trips, including a trip to Cambodia, working with the International Olympic Committee with tennis and soccer. He said he was excited that his daughter Hannah was able to join him on this trip to Brazil.

“The girls are excited about playing soccer in a different culture,” said White. “These girls are at different levels of maturity in their Christian walk. We do have some girls who are very mature like Kenzi Bice whose father is a coach at a different school. She has been on several mission trips, so she is very experienced at this.

“Some have a desire to share their faith and are very passionate about doing ministry,” he said. “I think God has a work to do in their lives. I trust each and every one of these players will be affected greatly after going on this trip. 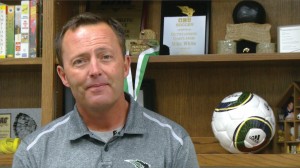 White said IMB’s coverage of his team’s trip to Brazil “fell in his lap,” but he is excited to see what God will do on this trip.

With his passion of doing sports evangelism in other countries, White desired for his team to do an international trip. Praying for the right opportunity, he connected with Thompson just to see how it could work for members of his squad to come on a summer mission trip. From there, word of OBU’s visit to Brazil got to IMB’s communication team, which worked it out to cover the Lady Bison while they were in Brazil.

“This all fell into my lap,” said White about IMB’s coverage of trip. “We were trying to being obedient to what God wanted us to do. I have been trying to do a trip like this for a long time, doing international ministry. We had no idea it would be getting this kind of attention from the IMB. We are anxious to see what God will do. I expect that the IMB will use it to foster some kind of sports ministry.” 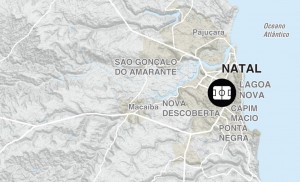 The team served in Natal where the USA soccer team will be playing Ghana in World Cup competition, June 16.

White said he believes sports evangelism is an effective way to connect with people and share the Gospel. “I think it something people relate to,” he said. “When they see that an athlete can be tough, hard-working, disciplined and competitive all at the same time, all with the love of Christ in their hearts, that’s a bit of an enigma to them. They don’t understand because competitiveness and winning sometimes gets a bad rap when it has to be done in a cutthroat kind of way. When they see athletes who can do it with compassion and with a higher calling, other than winning, that they do it to serve their Lord and do it well, I think that is attractive to people.”

A future story from the IMB communications team about OBU’s women’s soccer team in Brazil may appear in an upcoming issue of the Baptist Messenger.