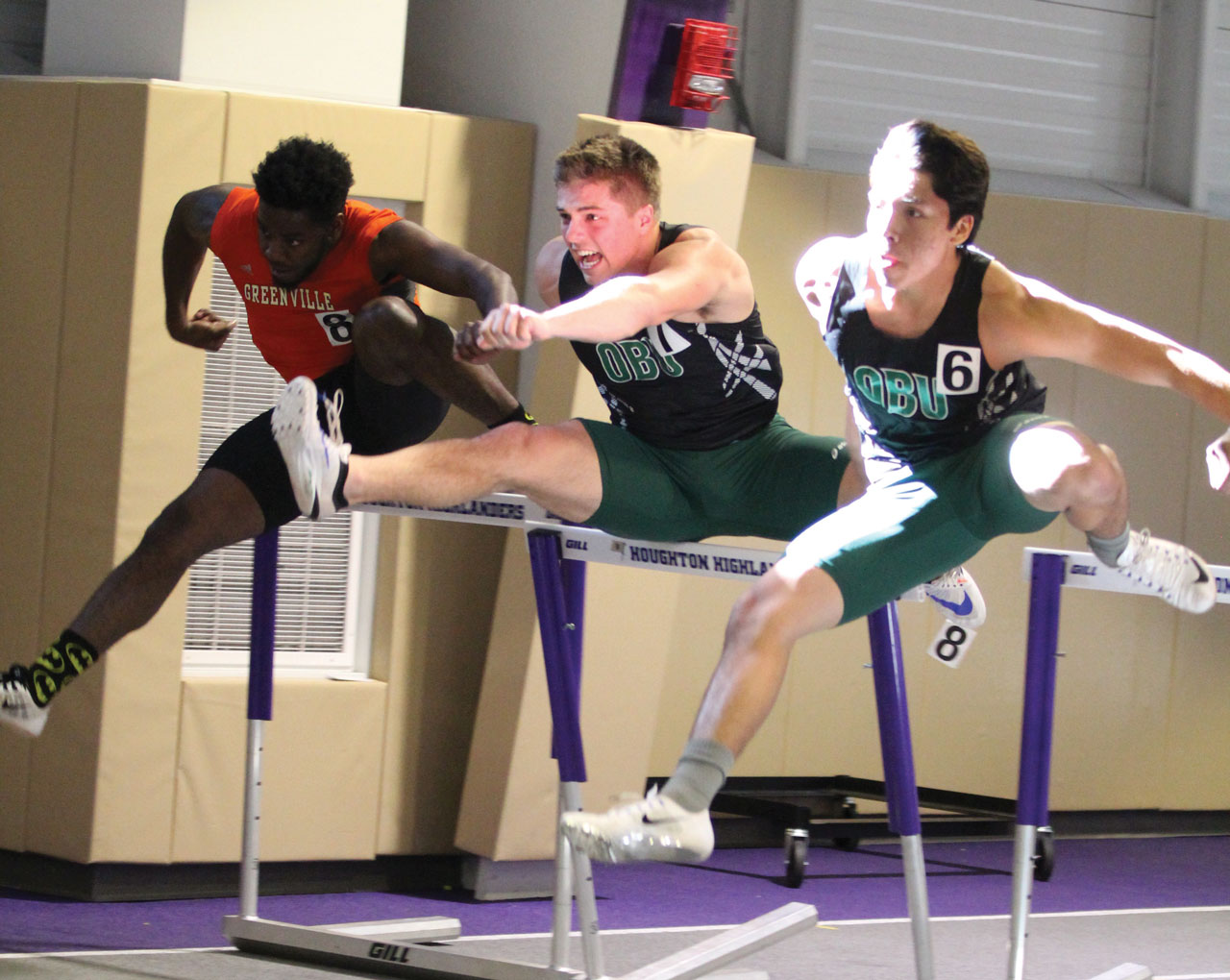 SHAWNEE—Recently the Oklahoma Baptist University (OBU) men and women’s track and field teams won the national title at the NCCAA National Championship in Houghton, New York. Among the team was junior english education major, Dakota Kappelle who mostly competes in hurdling events. Being able to compete in New York his first year, he said, was a great experience.

“New York was just amazing,” he said. “I know not too many teams get that opportunity to fly across the nation; and on top of all the fun that we had, to win both girls and guys, it was really meaningful.”

Since attending OBU, Kappelle said his running career has been nothing short of a dream.

“Being here’s been like a dream come true,” Kappelle said. “Everything just works. We’ve got a really great team; we’ve got really great coaches.”

Aside from his work on the track team, Kappelle also volunteers for the Down Syndrome Association of Central Oklahoma (DSACO) when he’s home with his family. His 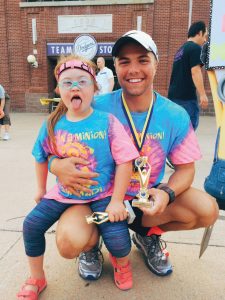 involvement in the organization all started with Kappelle’s seven-year-old cousin Madison Bradshaw (Madi), who has Down syndrome. Most of his volunteer work has been helping out with fundraisers for Madi, such as garage sales.

“There are always garage sales; my grandma is really big into garage sales, so we always do garage sales for her,” he said. “And then there’s the buddy walk, which I used to race the 5K there.”

Doing fundraisers for Madi, he said, has helped shine a light on the DSACO foundation.

That same captivating personality, he said, is part of what makes her so special to his family.

“She has kind of been like a magnet that has drawn all of us to her, not just to love her, but to help her and to help the foundation through her,” he said.

Kappelle said he enjoys the time he gets to spend with Madi who, other than having Down Syndrome, is just like any other seven-year-old.

“She’s hilarious; just the average personality of a seven-year-old,” he said. “She’s really mischievous—huge smile and she’ll surprise you a lot with how much she can do, and she just always makes you laugh.”

Being around Madi, he said, has also taught him something important about people who have disabilities.

“Because she has Down Syndrome I learned how to really accept people with disabilities,” he said. “They’re still people, and yes they need help, but they can be independent.”

“Taking that class and observing in the high school, and even having Madi as a cousin definitely opened my eyes to different people who don’t have disabilities but maybe they just don’t learn in the certain way that everybody else does,” he said.

Kappelle and his fellow track members will have another shot to win a national title in May at the NCCAA Outdoor National Championships. In the meantime, during the recent spring break, Kappelle said he spent some time with Madi while he takes a break from a busy school year.