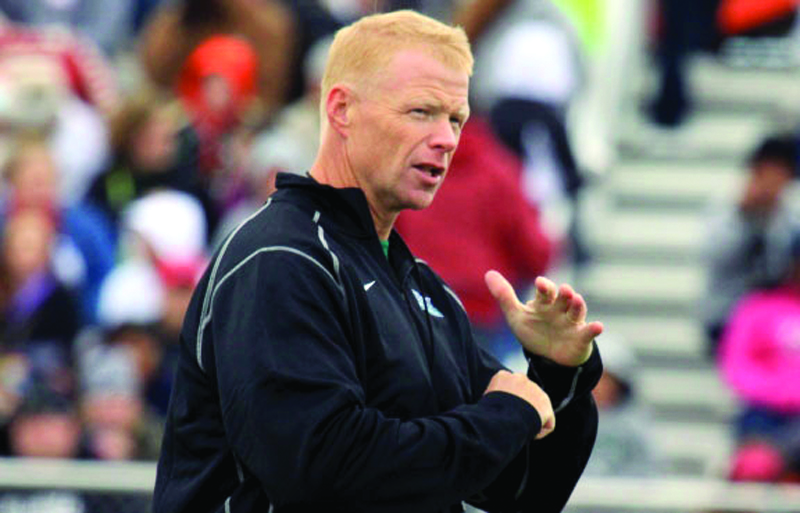 Football season tickets go on sale to the public April 25. OBU has set up a ticketing website, www.obubisontickets.com, where fans can purchase season tickets and get more information on priority parking, priority seating and information about The Stampede, the new annual fund for OBU Athletics.

Tickets and additional information are available by calling The Stampede office at 405/585-5411.

Single game tickets will not be available until July 1.

The schedule features four NCAA programs among its 11 games, including five home games, which will be played on the infield of OBU’s Eddie Hurt, Jr., Memorial Track Complex.

The Moundbuilders of Southwestern College were 4-7 in 2012 and will be the first opponent for a Bison football team since OBU’s 12-9 win over Oklahoma City, played 73 years ago. The OBU-Southwestern tilt kicks off at 1:30 p.m.

The first road trip will be to Colorado, with the Bison playing at Fort Lewis College in Durango. The Skyhawks were 0-10 last season in NCAA Division II. After a bye week, the Bison then make another long road trip Sept. 28 to Houston Baptist. The Huskies will be in their first season of football as members of the NCAA Division I Football Championship Subdivision and the Southland Conference.

Oct. 12 has the Bison on the road again at Southwestern University in Georgetown, Texas. The Pirates will be in their inaugural season as members of NCAA Division III.

It’s back home again Oct. 19 as CSFL member Wayland Baptist visits Shawnee. The Pioneers were 2-7 in their first season of football in 2012. Kickoff will be at 2 p.m.

The Bison play at Langston Oct. 26. The Lions were 6-4 last season.

OBU is on the road again Nov. 2 at Bacone. The Warriors, at 6-3 last season, have the best 2012 record among teams on OBU’s schedule.

The regular season finale is on the road at Texas College. The Steers finished last season at 2-9.

The Bison Spring Game kicks off at 1 p.m., Sat., April 27. All start times are subject to change.

“I think we have to evaluate the entire body of work and not evaluate the progress based on today,” said OBU Head Coach Chris Jensen after the final session. “Obviously defense won the day today, but OBU is still undefeated since 1940. We’ve made progress on offense and defense. This phase has been a grind on our kids, but they’ve responded in a great way. (In) the next phase . . . we’ll hit the weight room and make sure we’re where we need to be for Aug. 31, 2013. That’s the next big date.”

The scrimmage was played in front of 42 recruits and about a three-quarters full set of bleachers.

“We’re very excited about this class,” Jensen said. “We feel like we addressed our needs. We’re a lot farther along today than we were last year. I feel very blessed to have the guys we signed today. We’re still looking for a few more athletes to close out this class.”