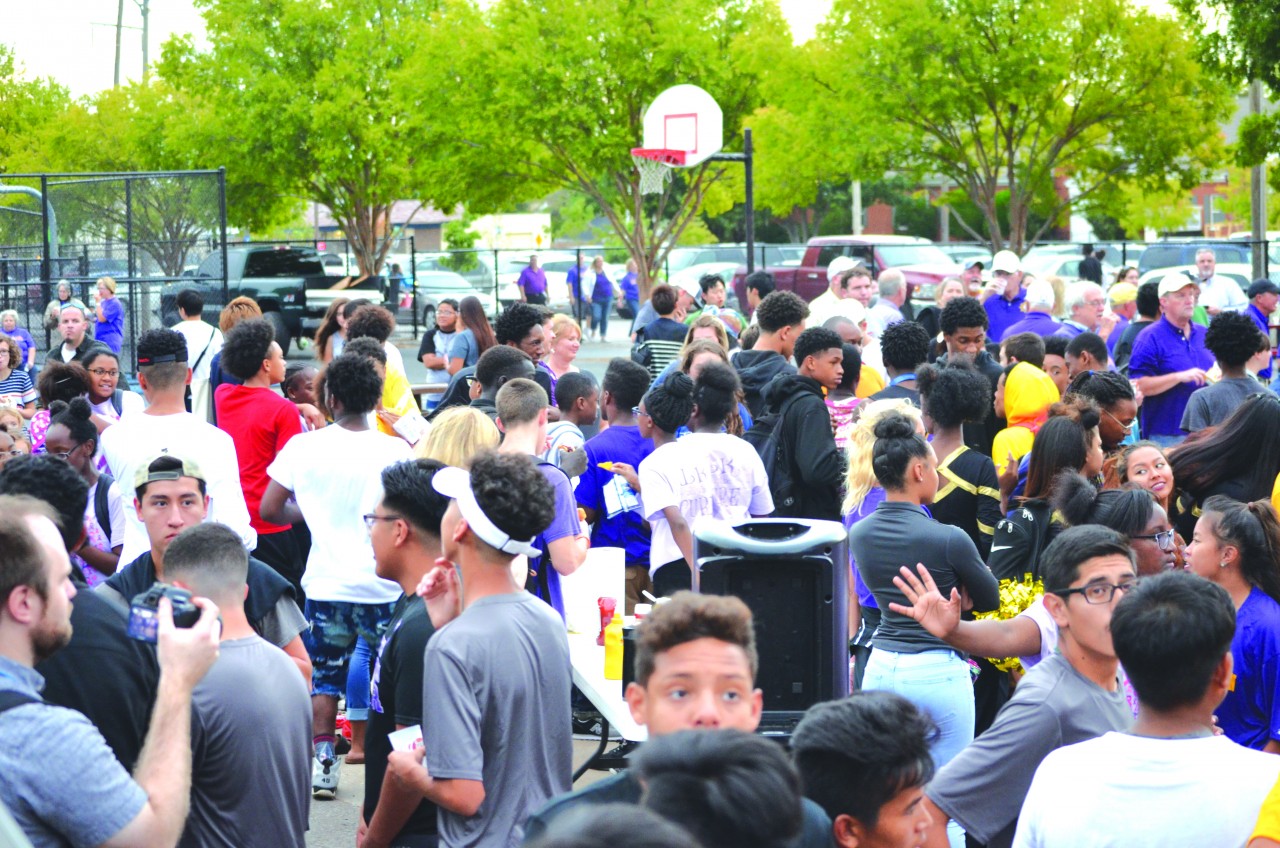 A few weeks ago, The Baptist Messenger featured a story about Oklahoma City, Cherokee Hills adopting the Putnam City High School football team. The purpose was for the church to find a way to make an impact on its surrounding community.

In another area of Oklahoma City, Northwest Classen High School, one of the oldest and largest schools in the metro area, is experiencing the impact of multiple churches who are rallying around the school’s athletic teams. 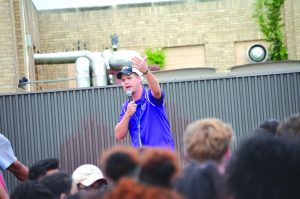 Among the many churches that supported the event were Oklahoma City, Northwest, Oklahoma City, Portland Avenue and Oklahoma City, Trinity. These churches also have been involved with different athletic teams, which also were in attendance. One purpose was for members of the community to connect with players.

“It was an oncoming event that we planned,” said Tobin Jackson, pastor of Oklahoma City, Trinity. “There was a lot of behind-the-scenes work that led up to this. It goes back several years leading up to that rally, and it’s not just a one-and-done thing. We’re going to continue our heavy involvement with the teams.”

Jackson said these churches want to make a different in these students’ lives.

“The bottom line is a lot of them, their parents struggle to come,” he said. “We are aware of that. If there’s ever been a time for the community to rally around them, this is it.”

Basically, the purpose of the rally is for Northwest Classen athletes to know there are people at their games who support them.

“Every one of those guys (football players) at some point will turn and look at that crowd. They know there’s people who have come to support them. They can see there are a lot of community people in their corner,” Jackson said.

The rally drew many alumni who had not been to a game in years. Jackson said some alumni who graduated in the 70s and 80s made first-time appearances in 30 years or more.

“We have a lot of people waking up to this idea of community involvement,” said Jackson. “If you want to see culture change, this is how you do it.”

Kyle Duncan, associate pastor at Oklahoma City, Trinity, also serves as the PA announcer at the Northwest Classen football games. He sees the impact from the school administration’s perspective. 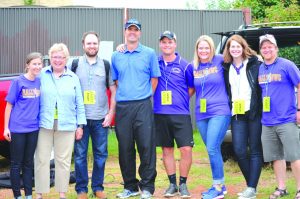 Keith Sinor, OKCPS athletic director, fourth from left, and Ross, fifth from left, pose with other members of the organizing team of the tailgate party.

Both Jackson and Duncan credit Keith Sinor, district athletic director for Oklahoma City Public Schools, and Matt Ross, soccer coach at Northwest Classen for the rally, but also for encouraging churches to be involved at Northwest Classen. Jackson said he met Ross through Sinor, whom he has known when Sinor was principal at Deer Creek High School.

“That’s how God works,” he said. “He puts the right people at the right place at the right time, and this all happened through relationships we have with Keith and Matt.”

Ross spoke at the rally, introducing the coaches and athletes of the different teams. He was encouraged with the outcome of the rally and how it was “birthed” through a lot of work done by area churches.

“Students are getting support,” said Ross, who is a member of Bethany, Council Road. “They feel they’ve been forgotten. When they see people they don’t even know coming from the community to support them and rally around them, they start asking the right questions. Why are they doing that? What could this lead to?”

Ross said he hopes families from churches will start “adopting” athletes by coming to their games and showing them support.

“We wanted this to be the jumping point,” Ross said. “We want our community to rally around our school. We don’t want it to end there. There is more to come.”