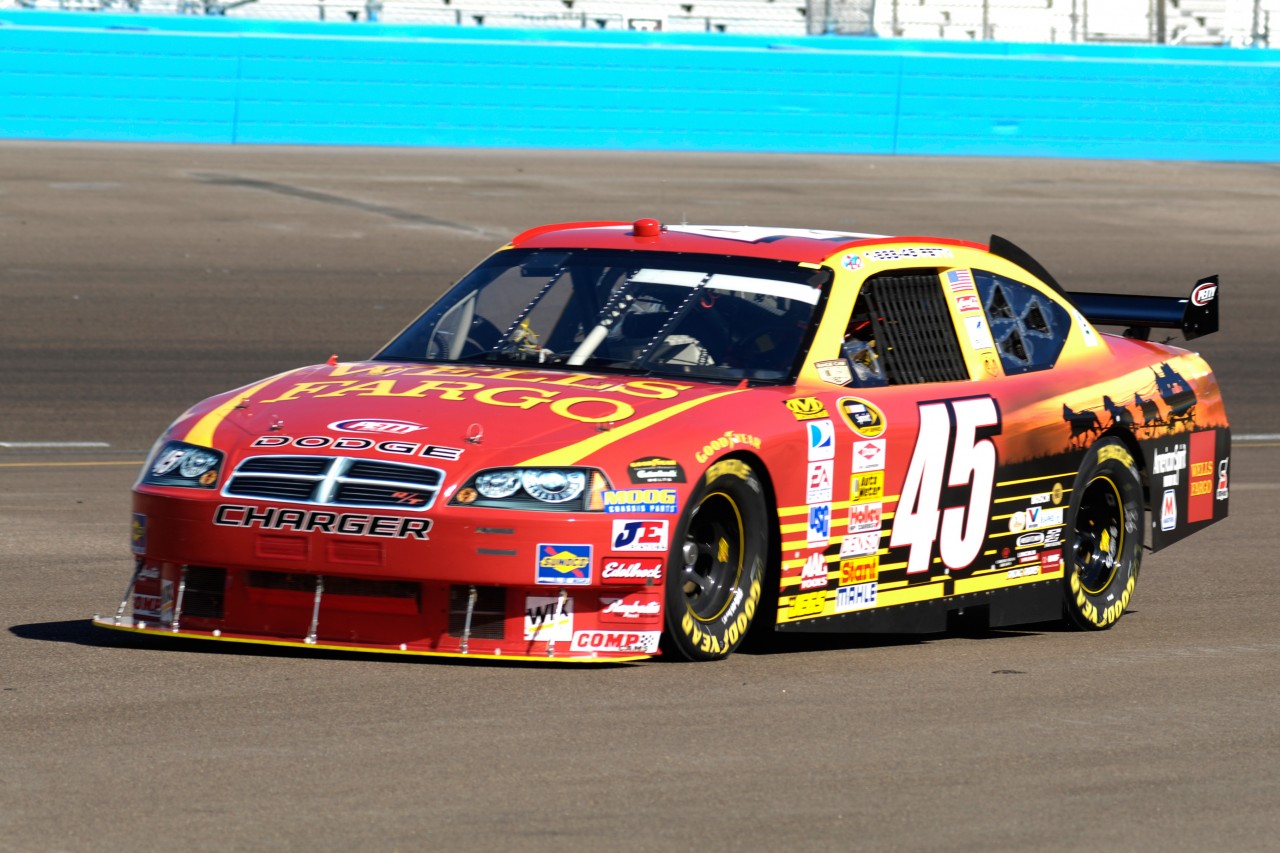 SHAWNEE—NASCAR driver and humanitarian Kyle Petty, son of Richard “The King” Petty and grandson to NASCAR forefather Lee Petty, will be the keynote speaker at Oklahoma Baptist University’s (OBU) annual Green and Gold Gala. The event will take place March 5, at the Chevy Bricktown Events Center in Oklahoma City. The annual event raises funds for student scholarships at OBU. 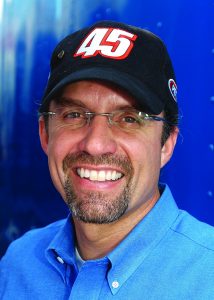 Tickets are now on sale at www.okbu.edu/gala. Those interested in attending the event are encouraged to purchase tickets now, as seating is based on sponsorship level and purchase date. Sponsorships and corporate tables are available as well as individual tickets. Cost for the Gala is $150 per ticket, which includes dinner. Of that price, $75 will go toward student scholarships as a tax-deductible gift to OBU.
Growing up in racing is an advantage for someone wanting to win in NASCAR Monster Energy Cup Series. In Kyle Petty’s case, not only growing up around racing but also having a father who is casually referred to as “The King” made his expectation levels for a racing career jump tremendously. Petty leveraged the opportunities presented to him from his family business to become a significant contributor to the most successful name in the history of motorsports.
Petty is an integral part of the NASCAR community. Not only has Petty driven race cars, but he is also a featured analyst on NBCSN’s daily show, NASCAR America and on pre- and post-race NASCAR Cup and XFINITY Series race coverage on NBC and NBCSN. He also co-hosts the weekly radio show, “Fast Talk” on the Performance Racing Network.
Ever since he was a young boy, Petty has been around racetracks, stock cars and drivers of the Monster Energy NASCAR Cup Series. It comes to no one’s surprise that during Petty’s first competition in a major league stock car race, he crossed the finish line first, winning the 1979 Daytona ARCA 200.
A man with eight victories in the NASCAR Cup circuit, Petty knows what it takes to be a winner. He began his career working for Petty Enterprises and later running motorsports’ most successful team. He has also driven for such successful car owners as the Wood Brothers and Felix Sabates, learning the “do’s and don’ts” of NASCAR.
In 1997, he opened pe2 and experienced first-hand what it was like to be a car owner. Collecting two top-five finishes and nine top 10s in his first year as a car owner, Petty moved to a new business level at Petty Enterprises, while at the same time remaining a fierce competitor on the track. At the end of the 1998 season, he packed his bags and moved back home to become the CEO of Petty Enterprises and continue his driving career where it began. He now heads up Kyle Petty Media Corporation.
Today, it is Kyle Petty who is larger than life. Inspired by the vision of his late son Adam, Kyle and the Petty family partnered with the NASCAR community and corporate sponsors nationwide to help those in need. Their crowning achievement is Victory Junction, a camp near Level Cross, where more than 28,300 children with chronic or life-threatening illnesses have found hope, laughter, friendship and adventure.
Founded in 2004, Victory Junction has negated all who counseled Kyle against the undertaking, citing the immense cost and complexity of building and operating a camp for kids with special needs. The camp has become a shining example of what character and commitment can achieve.
For more than 24 years, Kyle has hosted hundreds of NASCAR fans, drivers and motorcycle enthusiasts on his annual Kyle Petty Charity Ride Across America. The Ride travels cross-country each spring to raise funds and awareness for Victory Junction. To date, the Ride has raised more than $18.5 million for children with chronic or life-threatening illnesses, and is the most successful philanthropic event hosted by any person in the NASCAR family.
Kyle has been named or nominated by NASCAR, plus various media outlets and corporations, as Person of the Year, Father of the Year, Sportsman of the Year and the USA’s Most Caring Athlete. He is an inductee in both the Philanthropy Hall of Fame, the Humanitarian Hall of Fame and the Little League Hall of Excellence.
Petty makes full use of his time, and this racing season will be no different. If he is not on a speaking tour, making appearances to raise money for Victory Junction or riding his beloved motorcycles, he can be found at the race track or in the TV studio appearing on NBC and NBCSN.
OBU has likewise scheduled the keynote speaker for the 2020 Gala. Henry Winkler, Emmy-winning actor, director, producer and New York Times best-selling author, will be the keynote speaker at the University’s 2020 Green and Gold Gala. The event will be held March 3, 2020, with specific details to be announced at a later date.
For more information about the Green and Gold Gala or to purchase tickets, visit www.okbu.edu/gala.