Moore to the point: Does the universe make you feel small? 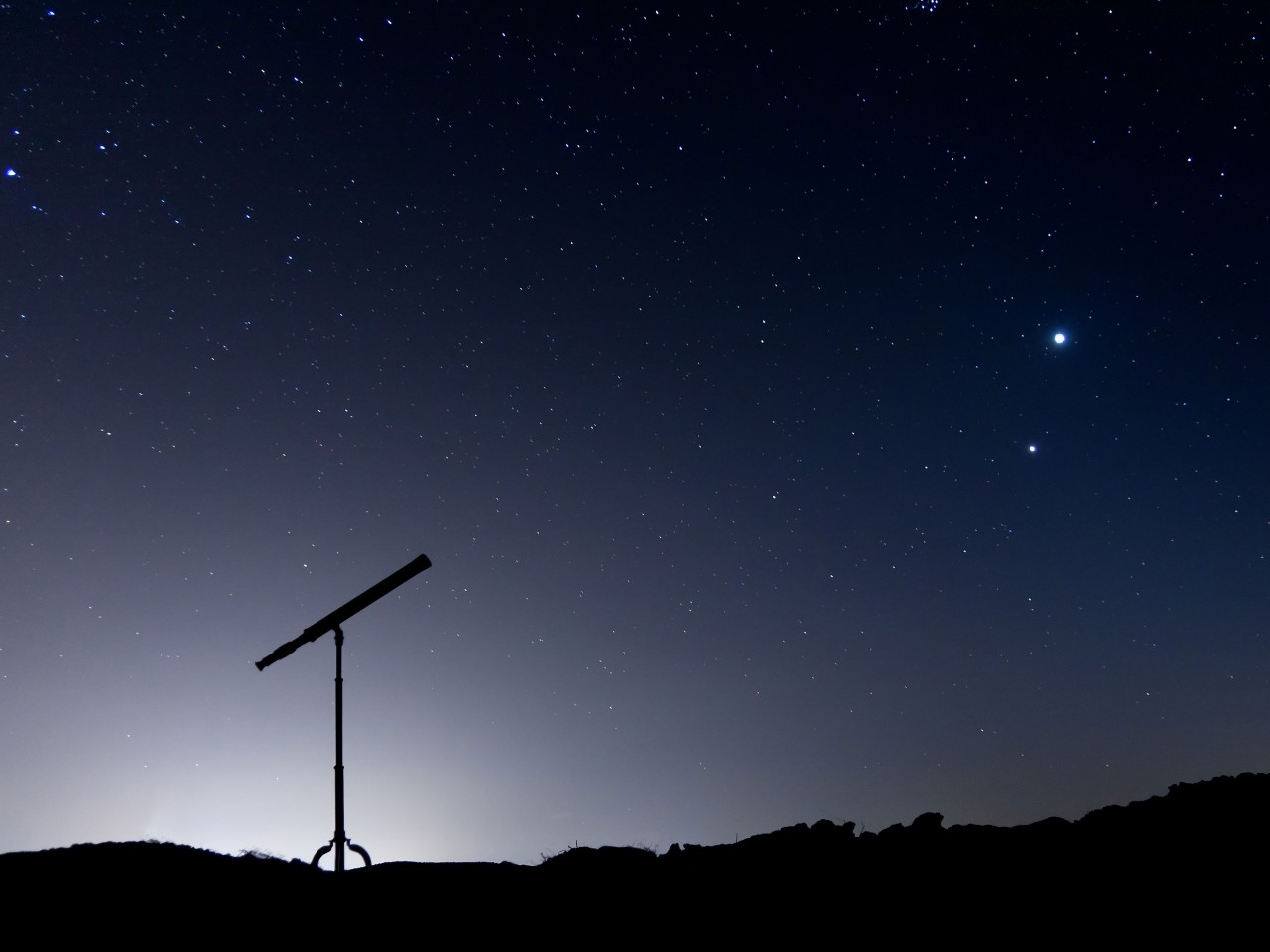 The PBS documentary series “Cosmos” is back, retooled for a new era. A few days ago, host Neil deGrasse Tyson talked with political commentator (and former Southern Baptist minister) Bill Moyers about the question of whether the universe ought to make us feel small. Tyson says no.

Moyers’ question is a good one, especially in light of the series’ attempt to show us (rightly, I might add) how much bigger the world around us is than previous generations of humanity could ever have imagined. If our little galaxy is just a pin-point in a vast, swirling universe, then why would I think that what happens on this microscopic rock matters all that much? In the sweep of cosmic space, why would my life have much purpose at all?

Tyson says the universe doesn’t make him feel small at all because he sees himself in continuity with the rest of it. Since his body is made up, ultimately, of the same matter that makes up the star systems, he feels a part of, not diminished, by the cosmos.

Of course, he’s partly right. The Scriptures tell us that we aren’t fashioned apart from the rest of the cosmos, but were built from the “dust of the ground” into which God breathed into us “the breath of life” (Gen. 2:7). But I don’t think that answers the bigger question here.

There’s a reason human beings have a tendency to feel small in light of the universe around us, and a more thorough-going materialism doesn’t answer it. After all, a material connection with stardust doesn’t a personal connection make. The universe doesn’t know I am here, and doesn’t care where I’m going, if the universe is just stuff.

David, king of Israel, felt small when he looked into the expanse of the night sky, a reaction the Scripture considers to be reasonable (Ps. 8:3). The starry scene above made him wonder, “What is man that you are mindful of him, and the son of man that you care for him?” (Ps. 8:4). And David didn’t even see a pinprick of what we now see is out there. Conversely, we see only a pinprick of what our descendants may know about what’s out there.

The universe is meant to prompt such a response precisely so that this can be met by a revealed word: that humanity is “crowned with glory and honor,” and that God has set all things “under your feet” (Ps. 8:5-6).

That reality cannot be seen through the natural order alone. Sure, we can see the dignity of humanity over against the beasts and the birds. We recognize our intellect, our moral sense. But what about us seems “crowned with glory and honor” in light of the star systems and black holes light years away from us? We don’t yet see all things under our feet, Hebrews tells us, and that’s the point.

“But we see him Who for a little while was made lower than the angels, namely Jesus, crowned with glory and honor because of the suffering of death, so that by the grace of God He might taste death for everyone” (Heb. 2:9).

The central point of the cosmos is Christology. All things are summed up in this man, Christ Jesus (Eph. 1:10). Even from the perspective of the territory of Israel, much less the Roman Empire, the background of this man was surprising. God chose the Light of the cosmos to dawn not out of Rome or Athens, or even Jerusalem, but from Galilee.

If the unveiling of Christ was met with a dismissed, “Can any good thing come out of Nazareth?” (John 1:46), should we really be suprised that God, at even the cosmic level, chooses what seems insignificant and tiny to display the paradox of the wisdom and power of God in Christ (1 Cor. 1:20-31)?

The universe is meant to make us feel small, to stand in silenced awe. The Gospel, though, tells us that we have purpose and meaning, not by our strength or our power, but because we’re hidden in the One who was dead, and is now alive forever, the One for whom every galaxy, seen and unseen, was made as an inheritance