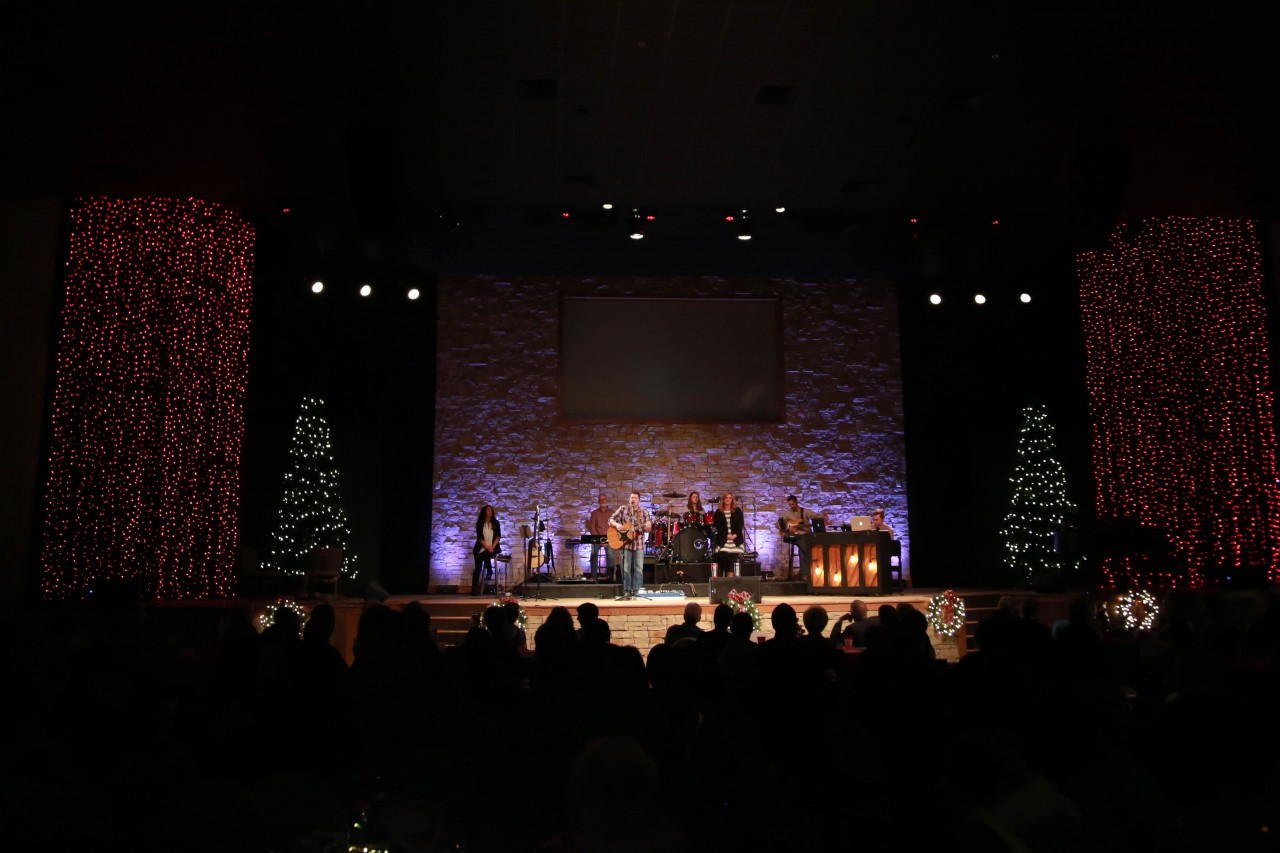 MARLOW—As churches across Oklahoma undertake efforts around Christmastime to  reach people for Christ, one church put on dinner events for the community.

In December, Marlow, First, hosted an event four times called “An FBC Marlow Christmas,” which featured special music, food and entertainment. The dinner-theatre style event was open to the  community, and hundreds attended.

A variety of music from bluegrass,  to Christmas carols and modern Christmas songs were performed in front of crowds of about 200 people at each showing, Sun-Wed. In between musical performances were small comedy routines, performed by the event emcees Joe and Brian Webb,  who kept the audience laughing.

Danny and Kaleb Glover, a grandfather and grandson duo performed the bluegrass music for the evening.

One attendee said, “The food was great, the music was fantastic and the fellowship was awesome. Thank you to FBC, the volunteers, the musicians, the vocals. It was a great time to celebrate the reason for the season… Jesus!”

Pastor Joe Ligon, who was recently elected president of the Baptist General Convention of Oklahoma, said of the event, “I am honored to be a part of a church that can pull this off. It takes a ton of people giving up a ton of time. I think it is worth it.”

Ligon shared the Gospel at the end of each service