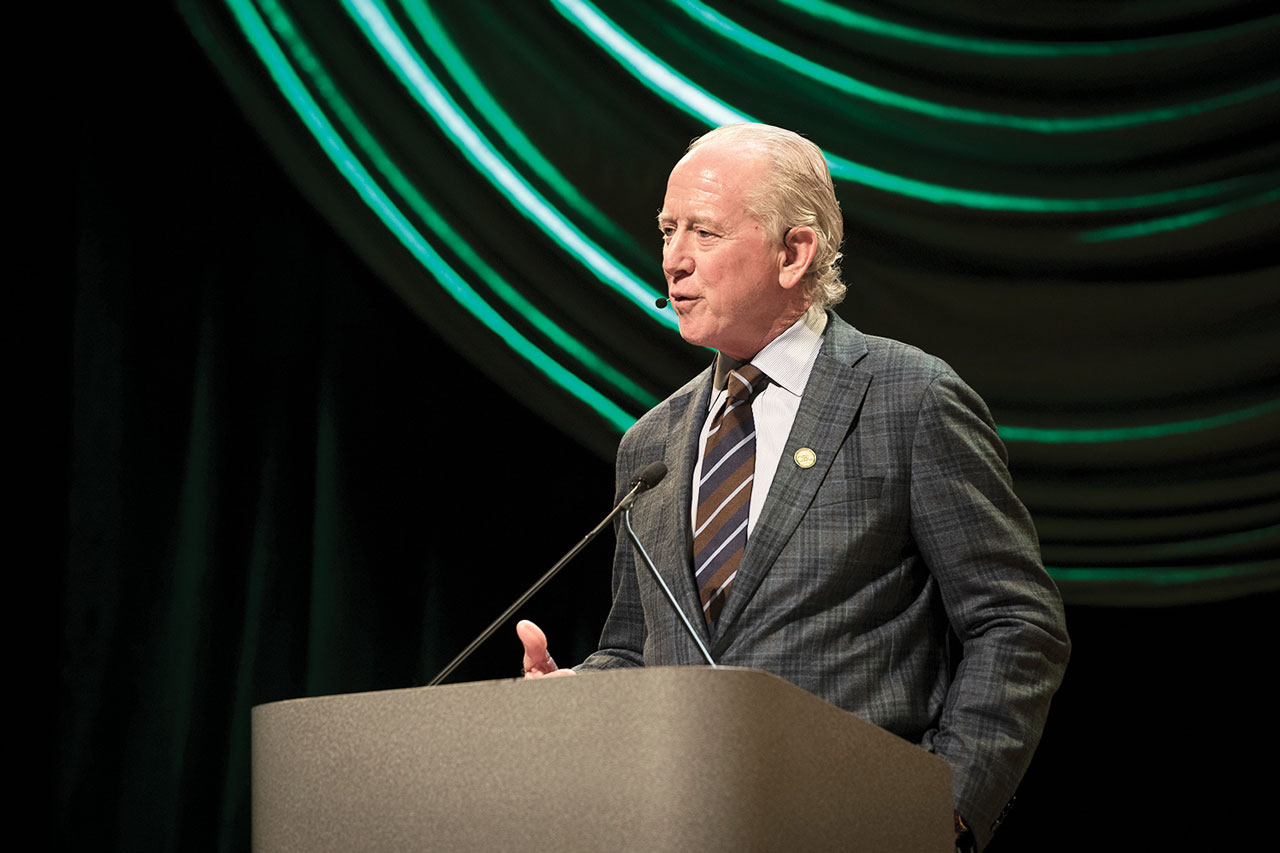 Oklahoma Baptist University believes strongly in the quality and value of an OBU education. As such, the University continually strives to provide more funds in scholarships for students, with the hope that no student who desires to attend OBU will be unable to do so for financial reasons.

With that goal in mind, the University hosts the Green and Gold Gala, an annual event with the sole purpose of raising funds for student scholarships. The 2017 event took place Tues., March 7, at the National Cowboy and Western Heritage Museum. The featured speaker was Archie Manning, All-American quarterback and NFL icon. He delivered an inspirational message on leadership lessons learned as a player, a businessman and a father. 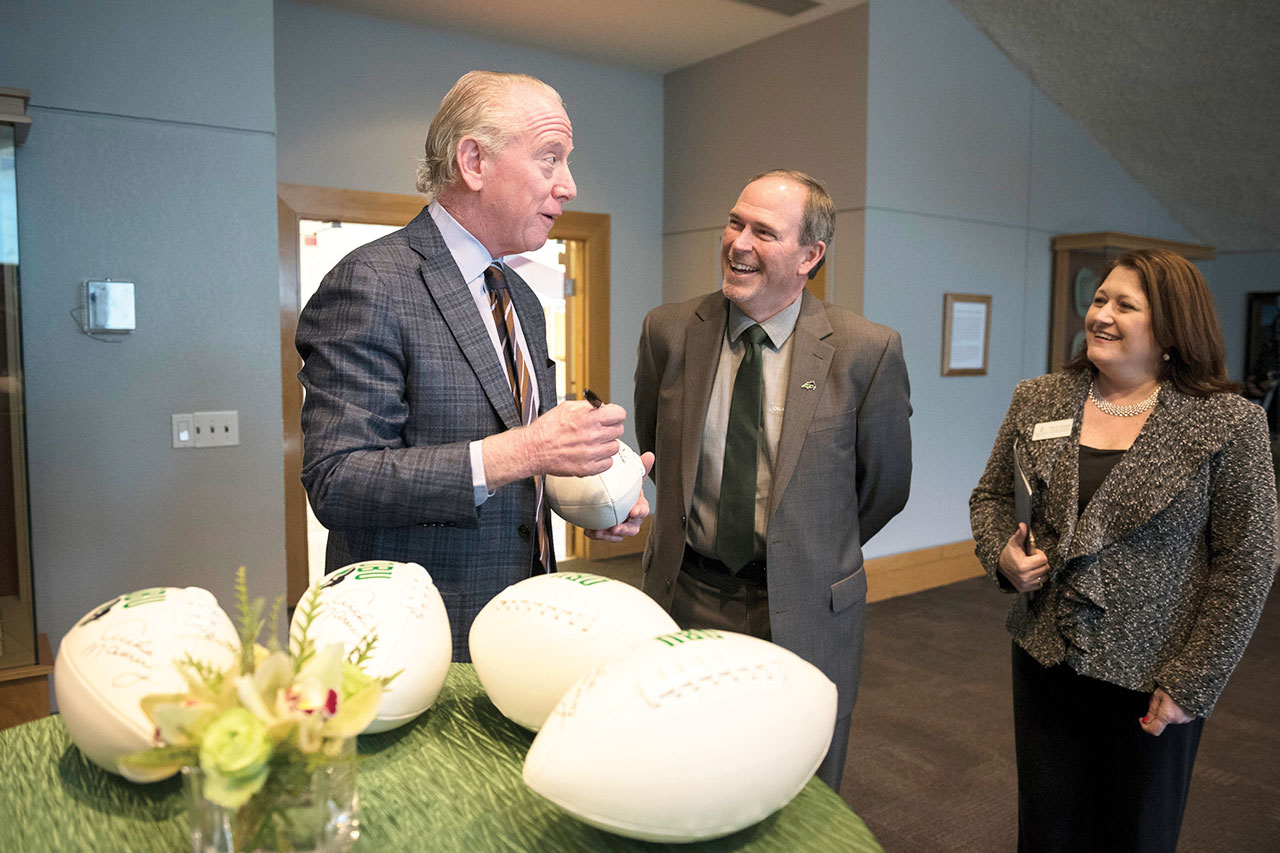 Manning attended the University of Mississippi, where he was named an All-American quarterback and where his number is retired. He was inducted into the National Football Foundation College Hall of Fame and is a member of other halls of fame including Louisiana and Mississippi. In 1971, he was the second player chosen in the NFL draft as the top draft choice of the New Orleans Saints. He set Saints passing records, played in two Pro Bowls and was named the NFC Most Valuable Player in 1978. He has received many humanitarian awards, and he and his wife Olivia were recipients of the National Pathfinder Award for their work following Hurricane Katrina.

The Mannings reside in New Orleans and have three sons, Cooper, Peyton and Eli. They are the proud grandparents of three boys and three girls.

“One of the reasons I’m here is that I believe in Christian education,” Manning said. “These are challenging times in our world and certainly in our country. Our young people are placed in a culture where increasingly, they don’t know right from wrong. But the students that graduate from OBU are different. They are ready to be the salt and light in our world.”

Manning’s talk centered on the importance of leadership, in all situations in life.

“By being here tonight, all of you are showing leadership,” he said. “I happen to think that is the most important component in the success of any team, any business and any college. The only thing that will sustain you during challenging times is teamwork and leadership.”

“Every one of us can be a better leader, in our job, in our family and in our life,” he said. “Always remember to act like a leader no matter the score, the down or the distance.”

Manning also reflected upon his faith and how it impacted him as a child and has sustained him through all phases of life.

“I was so fortunate. I grew up in a small church, a Baptist church, in Drew, Mississippi. For 16 straight years, I never missed Sunday School. I became a Christian at a young age, and our faith has been a big part of our lives. It’s been a blessing.”

Manning concluded with a rallying charge to the audience on how to face and overcome adversity.

Will Smallwood, senior vice president for advancement and university relations, along with David Whitlock, OBU president, presented the Presidential Leadership Award to Danna Humphreys. The award is presented in recognition of exemplary leadership and support for Christian higher education.

Humphreys is an alumna of OBU and currently serves as the vice chair of the OBU Board of Trustees, as well as a member of the University Relations subcommittee. She was an inaugural member of OBU’s Women of Vision Advisory Council, leading efforts to grow women’s philanthropy at OBU. She and her husband, Kirk, have hosted several gatherings of alumni and friends in Oklahoma City, encouraging them to support the University through giving and through encouraging students to experience a life changing education on Bison Hill.

Whitlock welcomed guests, thanking them for their contributions to support student scholarships at OBU.