HOUSTON (BP)—After coming up short in his first two years of eligibility, Kurt Warner is finally a Pro Football Hall of Famer.

The former NFL quarterback, often known for being outspoken about his Christian faith, was picked for the honor Feb. 4 by the 48-member selection committee. He was selected along with LaDainian Tomlinson, Terrell Davis, Morten Andersen, Jason Taylor, Jerry Jones and Kenny Easley. Warner won two MVP awards during his NFL 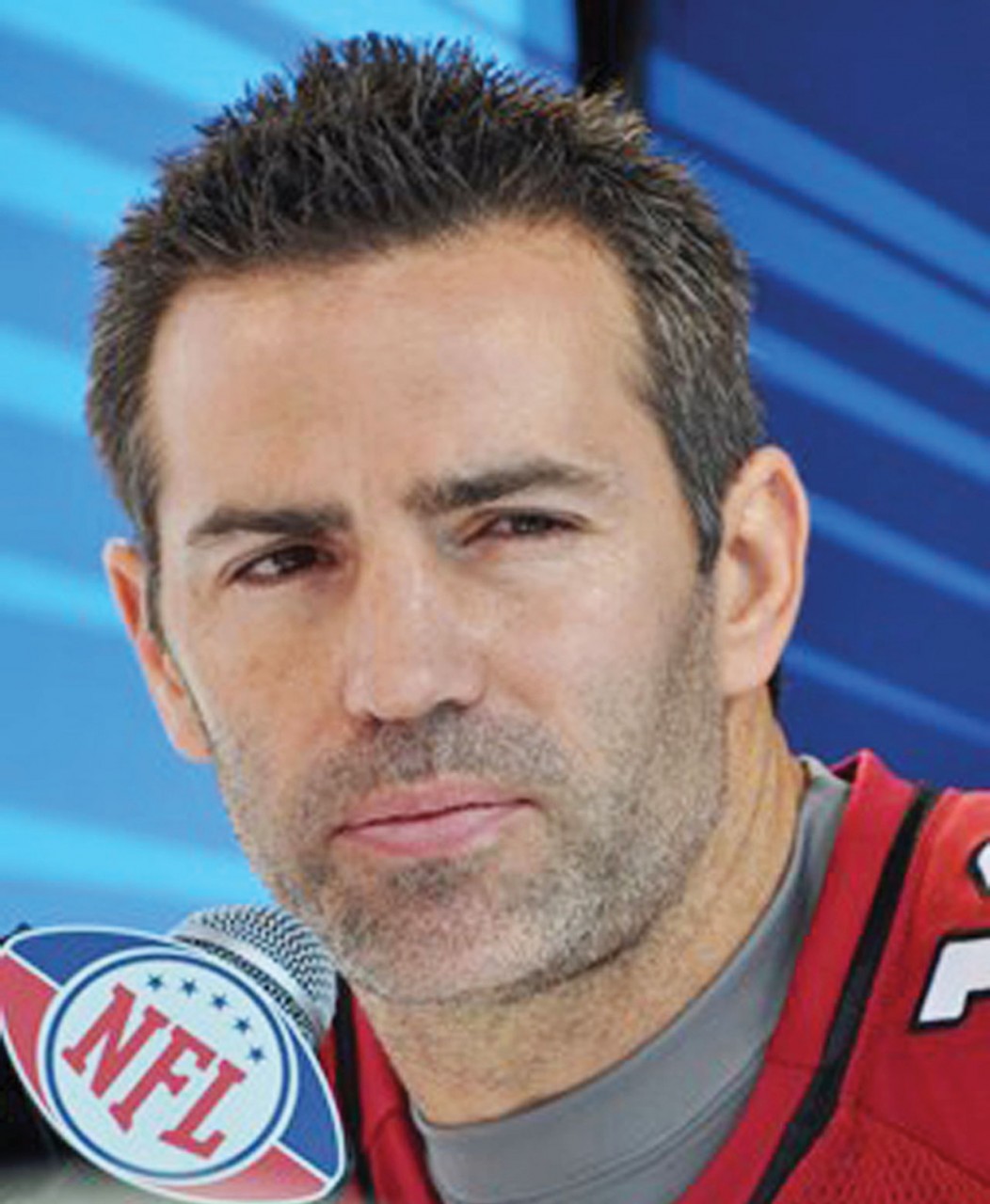 career, played in three Super Bowls and was the Super Bowl MVP in 2000.

“I live my life for Jesus, and my goal is to share him with as many people as possible,” Warner wrote in his autobiography, All Things Possible.

Warner and his wife Brenda are members at Phoenix, Ariz., Hillsong.

Warner skyrocketed to NFL stardom in the 1999 season with the St. Louis Rams. After a collegiate career at Northern Iowa University, Warner didn’t get drafted in 1994 and was cut by the Green Bay Packers that year after a brief tryout. He stocked shelves at a grocery store for a while before continuing his football career in the Arena League.

The St. Louis Rams signed Warner in 1998 and sent him to play in NFL Europe that spring before keeping him as the team’s third-string quarterback in the fall. Warner’s break came the following season when Trent Green, the Rams’ starting quarterback, went down to injury during the preseason.

The Rams made Warner their starter, and he made the most of his opportunity. He won the league MVP award that year, throwing a league-high 41 touchdowns (at the time the third most in NFL history), passing for 4,353 yards and leading the Rams to the 2000 Super Bowl against the Tennessee Titans.

In that game, he connected with wide receiver Isaac Bruce for a game-winning touchdown with less than two minutes remaining. Warner won the game’s MVP award after throwing for a Super Bowl-record 414 yards—a record New England Patriots quarterback Tom Brady broke on Feb. 5—and made a strong statement about his faith in a post-game interview with Mike Tirico.

Warner returned to the Super Bowl two other times—in 2002 with the Rams and with the Arizona Cardinals in 2008 in their first-ever Super Bowl appearance.

After a 12-year NFL career, Warner retired in January, 2010. He and his wife Brenda established the First Things First Foundation in 2001 as the vehicle for their charitable giving.

“This foundation started with a vision sparked by a magical year in 1999 when my lifelong dream of success in the NFL became a reality,” Warner writes on the foundation’s website. “I had my share of ups and downs on the field during my career. But, through it all I felt the Lord’s presence at work in my life.

“NFL experts tried to figure out the secret to my on-field successes,” he continued. “For me, it’s easy and really has little to do with football. First things first—faith and family—is my formula for success.”