Southwestern Seminary professor of evangelism Roy Fish says because of the public invitation, some people will decide for Christ who would not have otherwise decided, but he also believes the key to using the new approach to invitations is to follow up on the cards.

“I don’t see anything wrong with winning people to Jesus in their homes and presenting them to the church in the baptistry,” said Fish.

Although he has written a book on different types of invitations titled Giving a Good Invitation, Fish said in his seminary classes, he primarily teaches how to give a public invitation.

Fish said public invitations got started in this country after 1750 by a group called Separate Baptists, when they began to invite people who were under conviction to come and kneel near the pulpit, or if they preferred to kneel near their seats.

“This was a sign that you were an inquirer,” stated Fish. “The Separate Baptists probably revived the public invitation, although the Anabaptists extended invitations for people to get baptized right on the spot, which is really a profession of faith.”

Fish, who has been teaching evangelism at the seminary since 1965, said public invitations had not been extended through the Middle or Dark Ages.

“I don’t think there are any records of public invitations after Peter gave his invitation at Pentecost,” he said.

Fish said it is quite obvious that Peter gave some opportunity for his hearers to identify themselves as willing followers of Jesus, for 3,000 were baptized that day.

“Otherwise how would he have known whom to baptize?

“Most of us, in our churches, continue to give a public invitation for people to come forward either confessing Christ, or inquiring or expressing a desire to know Him,” said Fish. “In asking for public commitments, there is the danger of premature response. We are learning that many people who come forward are not yet saved, have not yet understood what it means to trust Jesus. So, many of our churches are using counselors now during invitations, which is a real step in the right direction.”

Fish said under certain circumstances use of cards during the invitation time is a very wise option.

“Rick Warren is one of my finest students. I have a lot of confidence in what Rick is doing out at Saddleback, and he never gives a public invitation.”

Fish concluded that probably the best invitation is threefold, including a public come forward appeal along with the perforated bulletin which gives people an opportunity to register decisions, and ask for further counsel, and thirdly, an invitation to talk with counselors at the end of the service.

“However, I don’t think there is anything wrong, under some circumstances, in moving away completely from a public invitation,” Fish said.

Roy Fish is distinguished professor of evangelism at Southwestern Seminary in Fort Worth, and the namesake for the seminary’s Roy Fish School of Evangelism and Missions. This article was excerpted from one that originally appeared in the Jan. 26, 1995 issue of the Baptist Messenger. 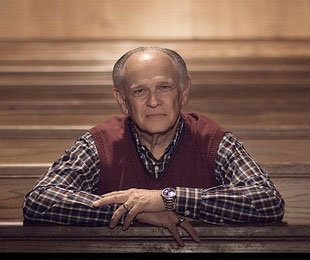 Insight Podcast 145 – Sermon on the Mount