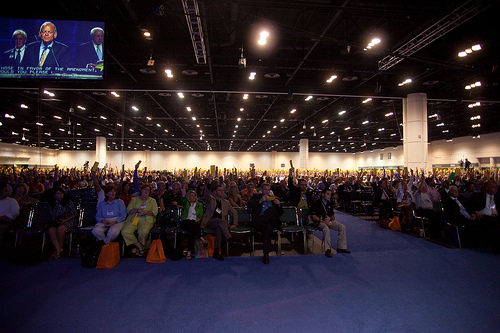 Messengers Voting on the GCR

I prayerfully watched with great anticipation and interest yesterday from my office as the GCR recommendations were discussed, debated and finally approved by a reported overwhelming majority. Since yesterday I have taken some time to reflect on what I was able to see on video, read about on Twitter, and discuss with a person I trust who was present at the meeting. From my limited view of the happenings on the ground and taking into consideration all that I have watched, read and discussed in the months leading up to the vote, here are a few of my thoughts from the day after the GCR vote.