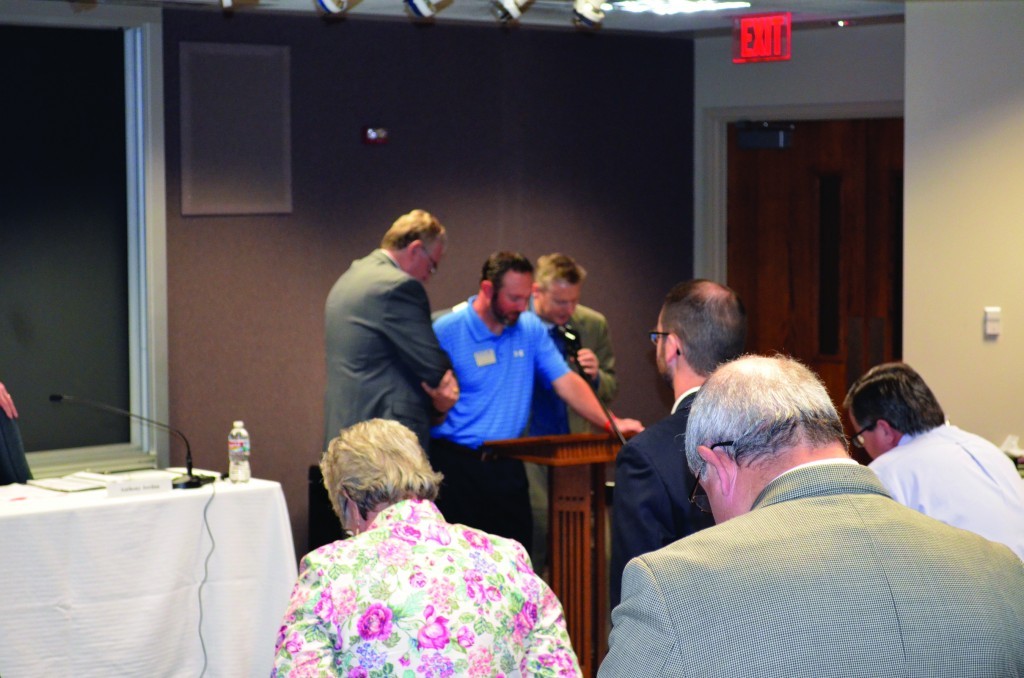 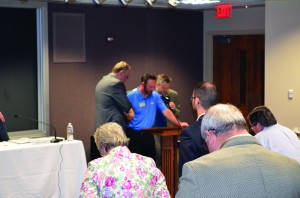 The September meeting of the Baptist General Convention of Oklahoma (BGCO) Board of Directors began on an emotional note Sept. 24 as board member Jeremy Freeman, pastor of Newcastle, First, delivered a heartbreaking, but uplifting testimony—his first public speaking appearance since the loss of his 7-year-old son, Trey, Sept. 1 to a rare form of leukemia.

Fighting back tears, Freeman, speaking three weeks after Trey’s funeral was held Sept. 5 at Oklahoma City, Southern Hills, said—his voice cracking—“This is my first time to talk about this. This past year was hard to say the least. Trey was special.”

He compared his relationship to his son to that of Jacob and Joseph in the Bible.

“Just the sense of loss he must have felt in his heart, believing that God had something different for Joseph, and that’s how I felt when Trey went to be with the Lord; I thought the plan was going to be different.

“But little did I know that God would use Trey, in seven years, much more than some people who would live to 100. We have seen dozens of people come to know Christ through Trey’s story, and God just continues to use him in amazing ways.

“I miss him every day, and… I am so grateful to know that he’s free of what he battled this past year. “

Trey was born without an immune system. He had a bone marrow transplant when he was just a couple of months old. His 5-year-old sister, Brittany, who is now 13, was the donor. 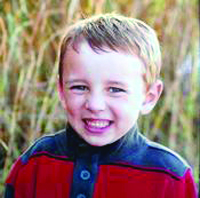 “He lived a really normal life for about six years,” Freeman continued. “Then, last September, he began to get real sick. The doctors here in Oklahoma thought he had Epstein-Barr Virus, but they ruled that out. So we took him to Dallas. He had developed a rare form of Leukemia called Large Granular Leukemia. No one knows what causes it.”

Trey was in the hospital in Dallas more than 230 days during the last year.

“Trey endured with such incredible faithfulness, it was unbelievable,” his father marveled. “But the greatest moment in his life happened in January. He was lying in bed one night, and he invited Christ into his life as a six year old.

“He invited Jesus to be the boss of his life; that was his phrase. And that’s what’s on his headstone. It says ‘Made Jesus the Boss of his life, Jan. 8, 2013.’ And, that was by far the most important date in Trey’s life.

“The Scripture that has been carrying us, and it’s also on his tombstone is 2 Cor. 4:16; ‘So we don’t lose heart. Though our outer self is wasting way, our inner self is being renewed day by day. But this slight momentary affliction is preparing for us an eternal weight of glory beyond all comparison.’

“This affliction wouldn’t feel light and momentary if we didn’t have something to compare it to,” Freeman said. “What we’re comparing our affliction to is the glory that Trey is experiencing, and one day we will get to experience.

“This last year, our whole world revolved around what was seen. Monitors, blood work, doctors, and it was so easy to focus on what we could see. The Lord had to teach us to take our eyes off all of that, and to know that Trey was in His hands.

“Boy, having to trust God like that! Pastors are supposed to endure these things with a Superman kind of strength. You find out real quick whether or not you trust God, and at the end of the day,  we do. We trust the living God, Who holds our son, who, one day, we’ll see again.

“And, so I encourage you today just to know that whatever you’re facing—and it may not be something life threatening like this—but whatever it is, God has told us repeatedly that our suffering matters, and it matters eternally, because God is producing for us a way to glory that pales all comparisons. So, we have to look to the things that are unseen, and not the things that are seen.”

Freeman’s first day back in his pulpit since his son passed away was Sept. 29.