‘Fragments of Truth’ film to examine: Can we trust the Bible? 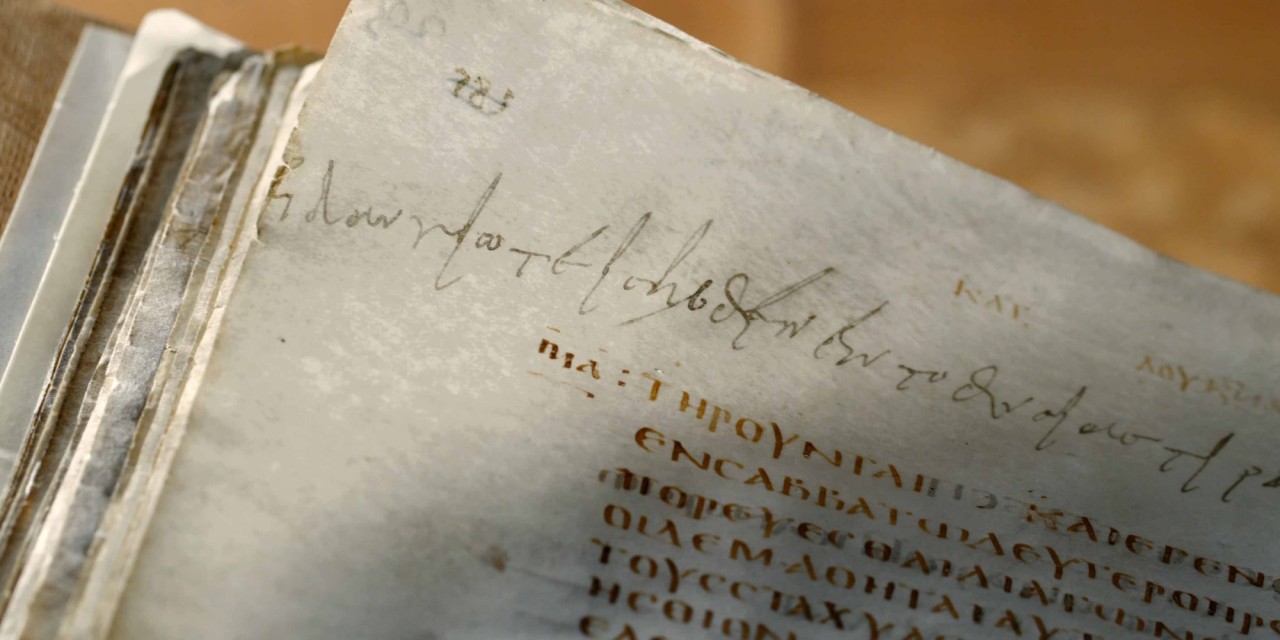 There have always been skeptics who questioned the Bible’s accuracy. But evangelical scholar Craig Evans says the skeptics today are “louder” and “noisier” than they were in previous generations. They’re also – he says – influencing what average Christians think.

Evans, though, hopes that an upcoming film can assist Christians who are having doubts about the Bible. Called Fragments of Truth, it will release in theaters April 24 for one night only and tackle the question: Can we trust the Bible?

A professor of Christian origins at Houston Baptist University, Evans traveled the world to examine the manuscript evidence and talk to experts. He serves as host. John Rhys-Davies (the Indiana Jones series, the Lord of the Rings series) is the narrator.

“You get people saying absurd things that people in earlier generations, intelligent people, wouldn’t even talk about,” Evans said. “You’ve got people today who say Jesus didn’t even exist. You’ve got people saying the Gospels are written way, way after the time Jesus lived. We’ve got the Internet, and so a crackpot idea can go around the globe in a matter of minutes and tens of thousands of people could be reading it and be confused by it. But for those of us who want to deal with reality, facts, evidence and so on, it’s easier to for us to get things out for the same reason.”

The Baptist Messenger recently spoke with Evans. Following is a transcript, edited for clarity:

Question: Are you finding that people in the pews, that Christians in our churches or even in your church, are having questions about these claims?

Evans: The questions come to me all the time and not a day goes by where I don’t get an email or a voice message or something through my website online. But what worries me is pastors get these questions and not all of them can answer some of these questions. Pastoral training tends not to get too deep in matters like this — the origins of the Bible, textual criticism, the accuracy of the Bible and that sort of thing. And so sometimes churches and pastors really do need our help. We’ve got to get their back and help them deal with some of these skeptical questions.

Question: So this is also for pastors.

Evans: It really is. When Bart Ehrman’s book Misquoting Jesus came out, there were pastors who left the ministry. They were so discouraged and thought, “Wow, I guess I can’t trust the Bible after all.” That’s so sad. That breaks my heart. Because anybody who really knows their stuff would have no trouble responding to professor Ehrman’s book. Even in the second volume that came out, he added an appendix where he had to admit on page 252 that ultimately when you get right down to the truth, his own understanding of the text is not much different from his professor Bruce Metzger at Princeton. And Bruce was a very devout evangelical Christian who believed that the text was very accurate and in fact did preserve the original text within 99 percent of its original wording. The film, though, was made for the average audience. You don’t have to know Greek, you don’t have to be a scholar, you don’t have to be a historian to watch it and understand it

Question: What do you want people walking away believing and thinking after watching this film?

Evans: After they get the facts and they hear the experts talk and they see the manuscripts, I want them to walk away and realize, “Hey, guess what? The text of the New Testament is very stable. When I sit down and I read the Bible and I turn to books in the New Testament, I can have confidence that they do represent what the biblical authors in the first century originally wrote. I don’t need to listen any longer to this nonsense about there’d been all kinds of changes in the text and it no longer reads the same way.”