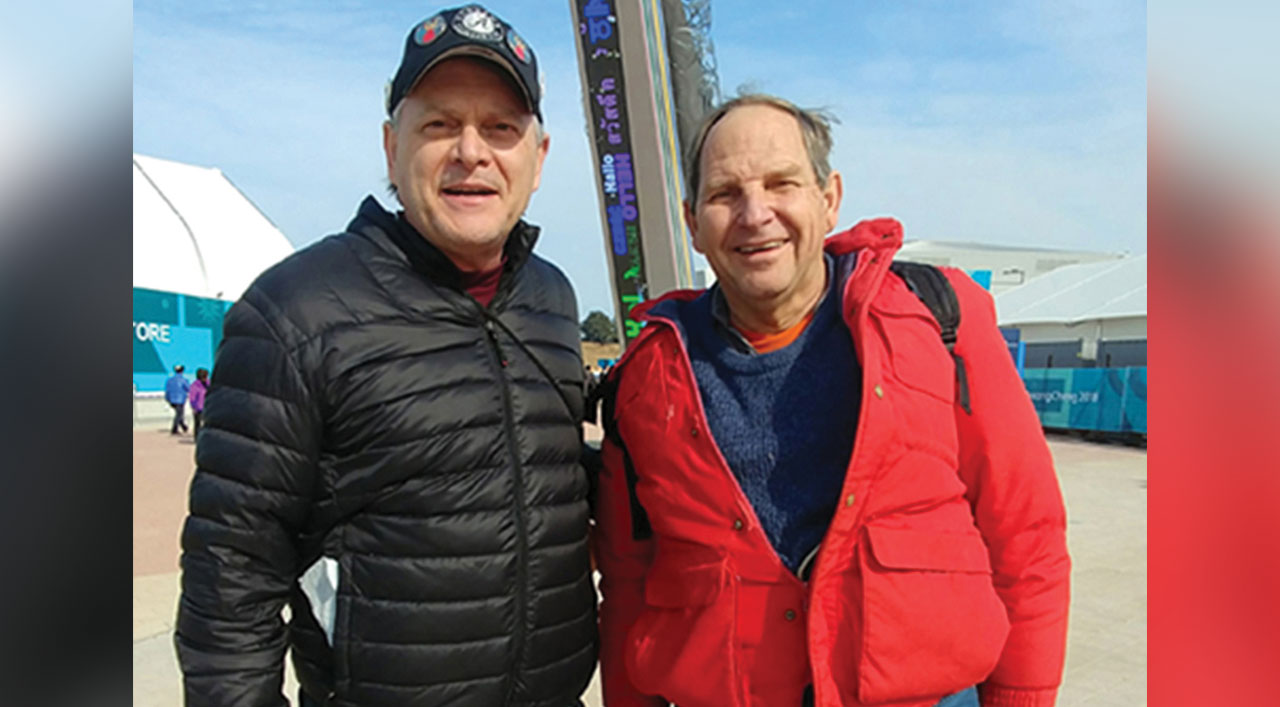 GANGNEUNG, South Korea (BP)—Tom Daniel and Clarke Skelton, along with their families, spent a combined 40 years as Southern Baptist missionaries serving in South Korea. The Winter Olympics in Pyeongchang gave them a chance for a reunion in the country they both love immensely.

Daniel, who is now retired and lives in Colorado, and Skelton, who is pastor of Valley Grande Church in Valley Grande, Ala., both returned to South Korea during the Olympics to work with a group of students from the Korean Baptist Student Union. There the former International Mission Board missionaries trained them to do evangelism and ministry in a large event setting.

“The most long-lasting benefit is the fact that the Korean Christians get trained in personal evangelism, and they’re emboldened by the fact that they have foreigners there to introduce them and be able to get the gospel presentation started,” Daniel said.

Skelton has a close emotional connection with Olympic ministry because he saw so many professions of faith during the 1988 Summer Olympics in Seoul.

“We had an amazing amount of seeds that were planted, especially in closed countries,” Skelton said. “And our Korean brothers and sisters got behind it and saw what you could do. It was a bonding experience, not only for us as missionaries but for our Korean brothers and sisters. It was the beginning, really, I believe, of Koreans catching a vision for mission work around the world.”

Daniel and his wife Becky came to South Korea initially in 1979 and spent 25 years there as a missionaries. When Seoul hosted the 1988 Olympics, Daniel served as the original chairman of the Korean Baptist Mission Olympic Preparation Committee.

For both Daniel and Skelton, the people of South Korea hold a special place in their hearts. Daniel said the most accurate Korean word to describe them would be translated “hot-hearted.”

“They can’t do anything halfway, which makes it great when you’re doing evangelism,” Daniel said.

Skelton said, “The people are some of the most wonderful people that I’ve ever met in the world.”

Koreans are passionate about a lot of things, he added, including their faith. He noted one of the saddest things he saw during his time in Korea, 1985-2000, was the end of 50 years of Korean revival, which he said coincided with the  1988 Seoul Olympics.

Though the Korean church is still strong, evangelical Christianity is not the same powerful force in the country that it was prior to 1988, Skelton said—because from that point on, Koreans became more globally focused. They became greater worldwide consumers, more materialistic and more affluent, which led to less vitality for their faith.

In that respect, Skelton said, the Korean church’s trajectory mirrors what he has seen in the American church. After spending more than seven years in Korea, Skelton saw that change when he returned home on furlough.

“There were a lot of other changes, but the growing materialism of America that crept into the church as well was so radically different from the America that we left in ‘85,” he said.

The Daniel and Skelton families were close while they lived and served in South Korea. When the Daniels later moved to Uzbekistan, their children still attended boarding school in South Korea, and the Skeltons were their nearby support group. Skelton was even Jacob Daniel’s basketball coach for a time.

“We knew what all (missionary kids) go through when they’re away from their parents in the dorm and making that adjustment,” Skelton said. “And so, we promised Tom and Becky that we would look after their kids because we knew what it was like. … They were a part of our family for about two years.”

Daniel helped to start the Korean Baptist Student Union (BSU) in the 1980s, so returning to work with them during the Olympics, and the chance to reunite with Skelton, made the trip a rewarding one for him.

“I felt like I could help the (BSU) here,” Daniel said. “They have no experience in these big events, and so I wanted to come just to lend some moral support with them and see if I could guide them in a way that they might need to go.”