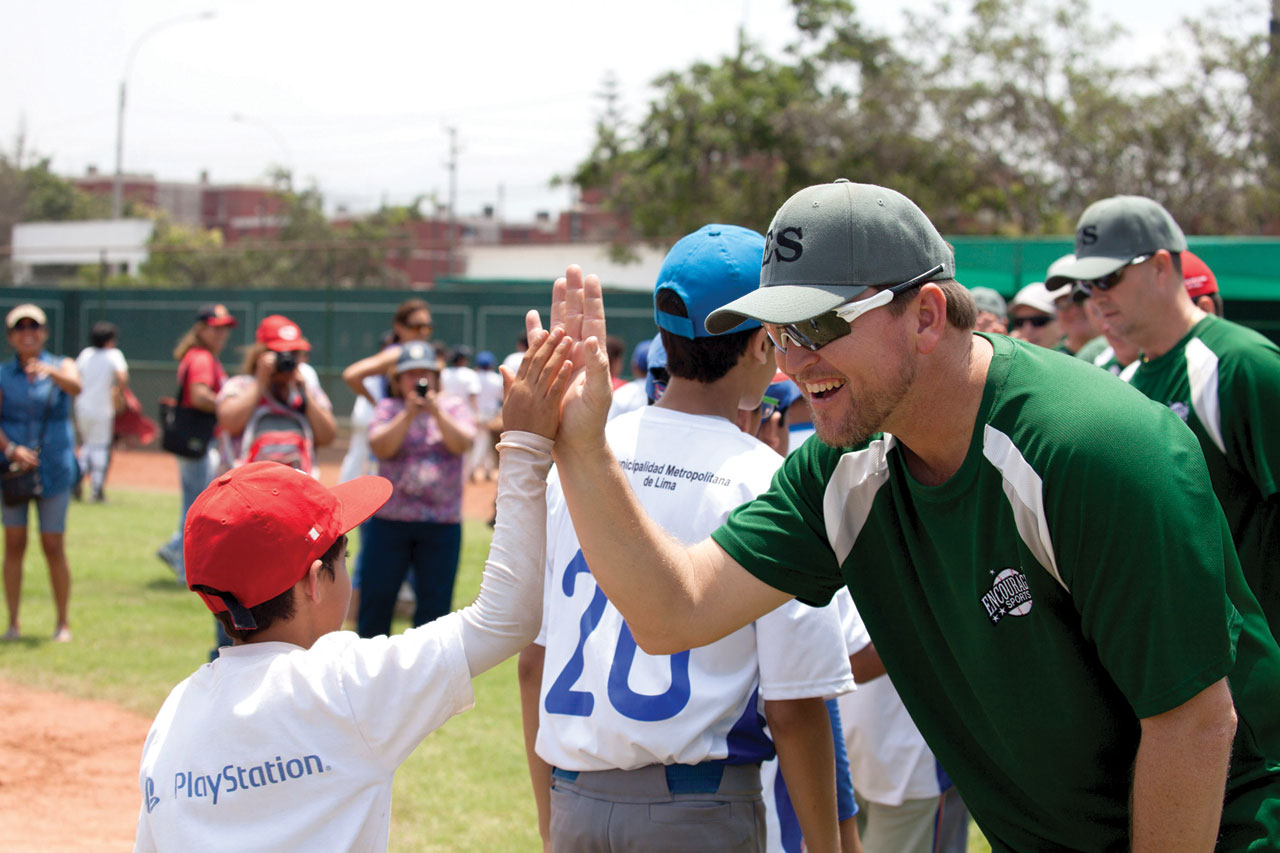 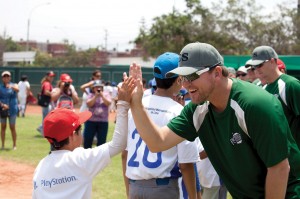 LIMA, Peru (BP)— In late 2009, International Mission Board missionaries Tim and Joy Mitchell, from Georgia, could hardly foresee what God was up to when asked one simple question at a Florida missions conference: “Do they play baseball in Peru?”

Tim didn’t know the answer right away, but when he returned home to Lima, he started making contacts. He got acquainted with Peru’s baseball federation, which hosts a league for young players and a national team.

In the process, he discovered that most of the federation’s leaders are Nikkei, Japanese immigrants and their descendants. Less than 1 percent of Peruvian Nikkei has a relationship with Jesus Christ.

Later, a Tennessee Baptist volunteer, who decades ago tore his shoulder weeks before his big-league tryout with the Cincinnati Reds, joined up with Tim in Peru to investigate the possibility of using baseball clinics as a bridge to share the Gospel.

Peru’s baseball federation welcomed their help. The federation’s president and a second-generation Nikkei said he hoped they could make a major leaguer out of some of their own young players. He was also open to them sharing Bible stories and testimonies, believing boys today need to be molded with morals.

The idea for that first baseball clinic wasn’t part of an existing strategy for making disciples in Lima, Tim noted. But some would contend it was part of God’s plan.

In the five years since their inception, the clinics have opened doors for sharing the Gospel with countless players, parents, coaches and officials. During this year’s clinic alone, 142 people accepted Christ, most of them non-Japanese Peruvians.

It’s yet to be determined if five years has been long enough to make a Major League Baseball player out of any of the boys. But it’s proved sufficient time for some self-professed “washed-up,” one-time baseball standouts to consider themselves friends with Lima’s aspiring baseball stars.

Those friendships have built bridges for sharing the Gospel with non-Japanese Peruvians. But they’ve been especially important in knocking down “roadblocks” to the Nikkei.

Reaching the Nikkei with the Gospel is distinct because they ascribe less value to what someone tells them, focusing more on the form in which it’s communicated through actions, Tim said. Just as the baseball volunteers are eyeing the young players’ technique to see if they’re major league material, the Nikkei are watching, rather than just listening to, how the team shares the Gospel.

When the volunteers give a public invitation to accept Christ, maybe one or two Nikkei will raise their hand to show a decision—and may only hold them shoulder high. Rooted in Shinto and Buddhist beliefs, their worldview has no Creator God, Tim said. “Each step taken at the clinic is an exclamation point on the Gospel,” he said.

Kevin Ohmé, former pitcher for the St. Louis Cardinals’ 2003 season, said the volunteer team went beyond the initial sowing of Gospel seeds. “We’re like the fertilizer,” said Ohmé at a Lima baseball field before a clinic held this past January. “Every year we come and we’ve planted the year before, and Tim has watered all year long. We come and help them grow some more. What keeps me coming back now is the relationships. We come now because they’re our friends.”

Jorge, a young player who’s been attending the clinics for the past few years, interrupted Ohmé, calling him over to “talk shop” before the day’s activities began. He’s much more familiar with Ohmé now as his perennial coach than as a former major league hurler.

Though Ohmé and his teammates shared Bible stories and testimonies at the end of each day’s clinic, they also taught the players about the Gospel while coaching them in baseball techniques.

Tommy Phelps, who pitched with the Florida Marlins during their 2003 World Series championship season and now coaches for one of the New York Yankees’ minor league teams, told the pitchers, “To become great, you have to throw with intent, with purpose.”

And volunteer Sonny Hester, who may or may not have realized he was preaching a mini-sermon, told the catchers, “Home plate is never going to change. It’s always going to be here. The only thing that will change is how you position yourself toward it.”

While these players hear Gospel truths from volunteers, visiting parents also listen in. “One of the main things that stood out to me was the openness of the parents (to the Gospel),” said volunteer Chris Pennell.

Pray for the 142 baseball players, parents and coaches who accepted Christ during baseball clinics held in mid-January in Lima. Pray they will stand firm and grow in their faith.

Aurora Flores is a writer for the International Mission Board.

View all posts by Aurora Flores