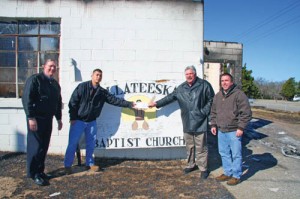 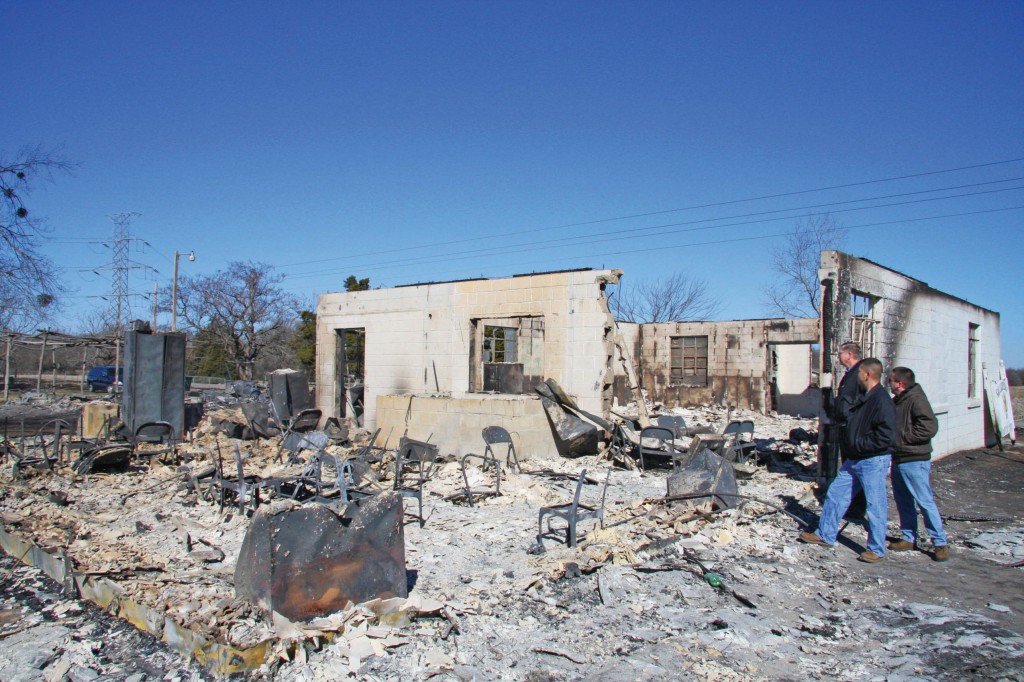 SHAWNEE-The old school bell was ringing outside Sallateeska Church the evening of Feb. 25, but it wasn’t a celebration. Several members of the church rang the bell in response to the church building and nearby parsonage being destroyed by a grass fire earlier that afternoon. Former pastor Mike Wester said ringing the bell was a means of releasing some of the emotion attached to the loss.

“The bell came from the school that used to be down here, and a lot of the folks know it from there,” Wester said Feb. 26. “In our Indian churches, a bell symbolizes a lot of things and yesterday, one of the things that helped people deal with this was ringing that bell.”

Wester said he is “technically still a member here,” although he is attending Shawnee, First, where his grandchildren are involved in the music program. He and Ben Little, Sallateeska’s youth director and treasurer, met at the church the day after the fire to begin discussing the future. 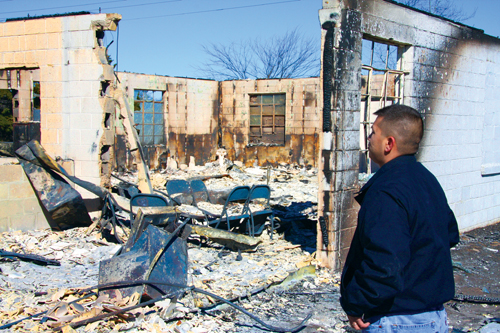 “We have a couple of different options right now,” Little said. “We’re going to meet in the home of one of our members for the time being. Different churches in the area have offered to let us use their facilities, including Mount Pleasant, North Rock Assembly of God and Shawnee, First.”

Also on hand that morning were Sam Porter, disaster relief director for the Baptist General Convention of Oklahoma, and Russell Cook, director of missions for Pottawatomie-Lincoln Association.

Porter presented Little with a check in the amount of $5,000 from BGCO disaster relief funds, while Cook gave Little a check for $500 from the Association to cover the church’s deductible on its insurance policy.

The fire that burned the church building apparently stemmed from someone burning trash nearby, and the flames were then swept northward by the fierce winds. 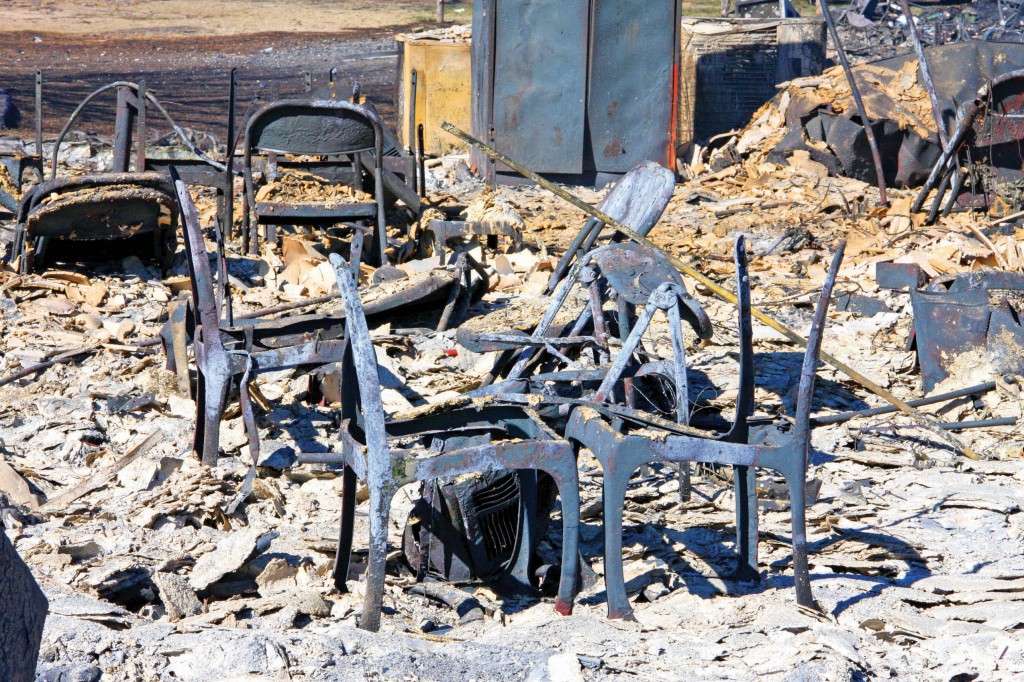 Cook said he had checked with the insurance company, which reported that the church had a total of $203,000 of coverage on the building, which contained about 5,000 square feet.

Sallateeska Church, which is located about six miles notheast of downtown Shawnee, was constituted on Jan. 31, 1988. It began in 1951 as a mission of Shawnee, First, which donated $10,000 to buy land and construct a building. Its average Sunday attendance is 30-40. The congregation totals more than 60. 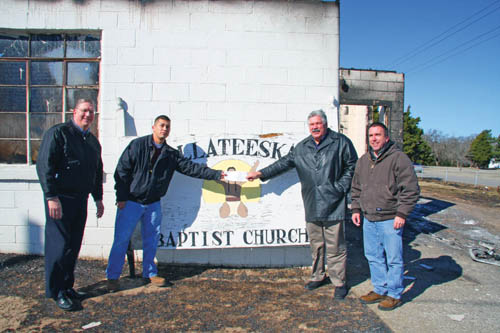 The church is named in honor of Hilda Hancock, missionary from Shawnee, First, who, along with her husband, Aaron, started Bible studies in the area. Her maiden name was Sallateeska, a Cherokee word that means “Hands lifted up,” Wester said. Darrell Tiger is serving as interim pastor.

Two non-running vans also were destroyed by the fire. The church has a 2002 Ford van that was not parked at the church at the time of the fire. The nearby parsonage was vacant.