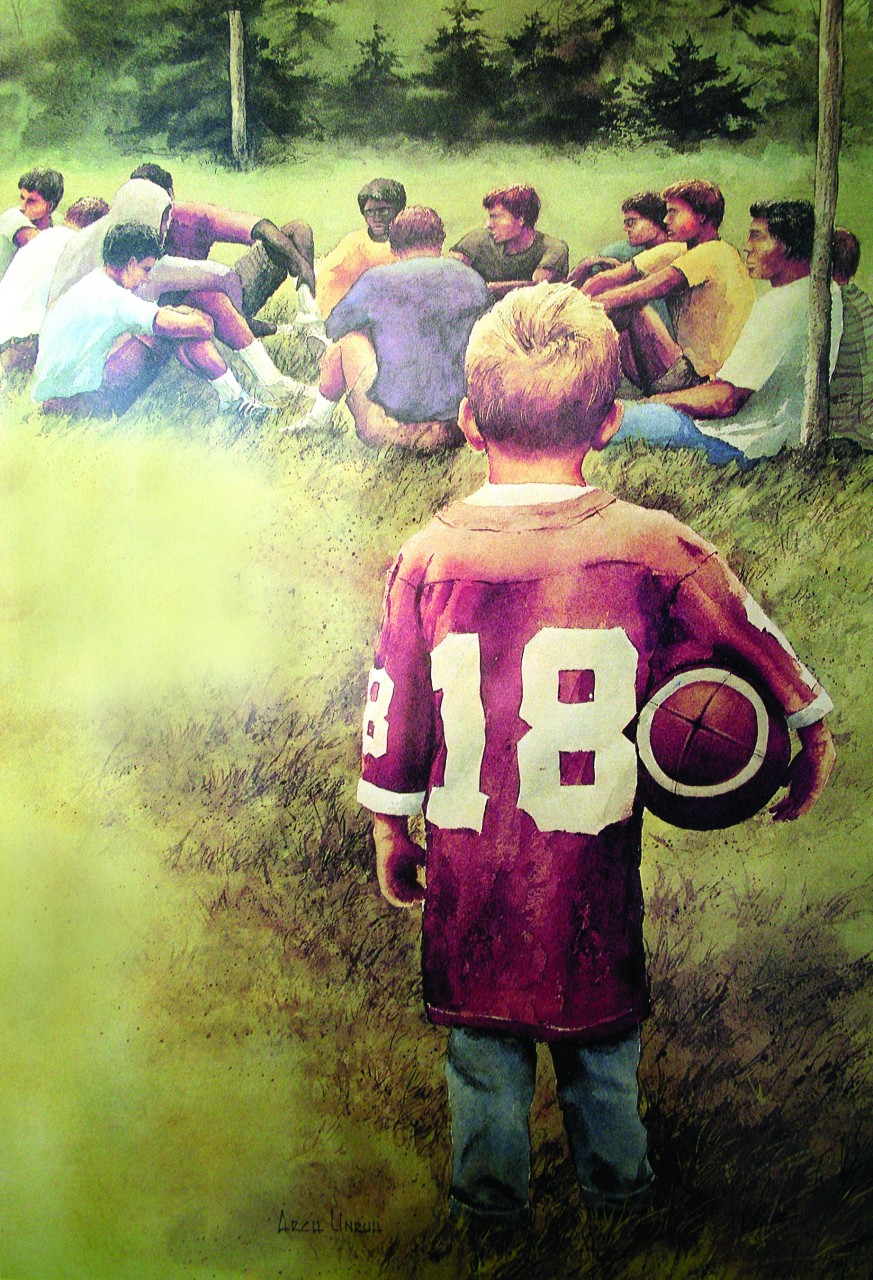 photo: Fellowship of christian athletes The original “Influence” photo was taken in 1967, and has been a lasting FCA trademark.

KANSAS CITY, Mo.—Sixty years ago, a young basketball coach from Oklahoma wondered why athletes endorsed products like shaving cream and cigarettes, but not a Christian lifestyle. That insight became the backbone for one of the largest organizations in the world that seeks to serve athletes and coaches, all while bringing glory to Jesus Christ.

Now, the Fellowship of Christian Athletes (FCA) is celebrating six decades of touching lives—one heart at a time.

That young basketball coach with a vision was Don McClanen, who founded the Fellowship of Christian Athletes in 1954. But for seven years before that, he prayed about what the organization would look like and whom it would serve. He joined forces with the other FCA “Founding Fathers”—Louis H. Evans, Roe Johnston and Branch Rickey, among others—who made FCA come to life.

Evans had encouraged McClanen to write to other athletic greats who were also strong in their faith—greats like football stars Doak Walker and Otto Graham; baseball players Carl Erskine, Robin Roberts and Alvin Dark; Olympians Bob Mathias and Bob Richards; coaching and front office legends Amos Alonzo Stagg, Bud Wilkinson and Clarence “Biggie” Munn; and even broadcasters Tom Harmon and Red Barber. In all, 19 letters were mailed, each carefully laying out McClanen’s God-given desire for what would become FCA.

Fourteen of those 19 men told McClanen they were interested. But Rickey, the then-Pittsburgh Pirates General Manager who had signed Jackie Robinson, didn’t answer McClanen’s letter. But the young coach pressed on for a meeting with him. He promised to drive to Pittsburgh to meet with Rickey on his own dime for a five-minute face-to-face. The meeting lasted five hours, and the rest is history. Three months later and with a $10,000 gift from a Pittsburgh businessman, FCA became a reality, chartered in Oklahoma on Nov. 10, 1954.

Large events where top names in sports spoke to young athletes began in Oklahoma City and Tulsa, then a few years later, in Denver, Houston and Indianapolis. Overall, 90,000 young people heard the Gospel from some of the nation’s most popular athletes and coaches. When Sports Illustrated covered the Denver events, FCA had the publicity push it needed to explode.

The first FCA National Conference was held in 1956 in Estes Park, Colo.—a precursor to today’s FCA Camps, which are now a staple of FCA’s ministry, growing to 516 camps in 40 states and 33 countries with an attendance of 86,557 in 2014. This past summer, 10,137 campers made a first-time commitment to Christ, and 9,642 more rededicated their lives to Him.

“FCA is the premiere youth ministry, not only in the United States, but also internationally. It is the most impactful sports ministry in the world,” said Gary Lower, a member of Oklahoma City, Quail Springs, who worked with FCA for 26 years starting as regional director and advancing to vice president. “FCA was the best thing that ever happened in my life. It got me out of my traditional church mold and gave me a passion; a platform for sharing the joy and richness of living daily for Jesus Christ.”

Building on the words of Billy Graham, who said, “A coach will influence more people in a year than most people will in a lifetime,” FCA began focusing on reaching coaches as well as athletes. Coaching legends such as Tom Landry, Tom Osborne, Bobby Bowden, Grant Teaff, Frank Broyles, Dean Smith, Kay Yow, Tony Dungy, Raymond Berry and Jerry Kindall have joined FCA over the years to impact countless athletes and fellow coaches.

According to the FCA web site, “For 60 years, the Fellowship of Christian Athletes has never stopped moving, never stopped growing. Whether it existed only in the form of a dream and a stack of old magazine articles in a basketball coach’s dresser drawer, or in the very real possibility of reaching every corner of the Earth, the vision remains the same: to see the world impacted for Jesus Christ through the influence of coaches and athletes.”