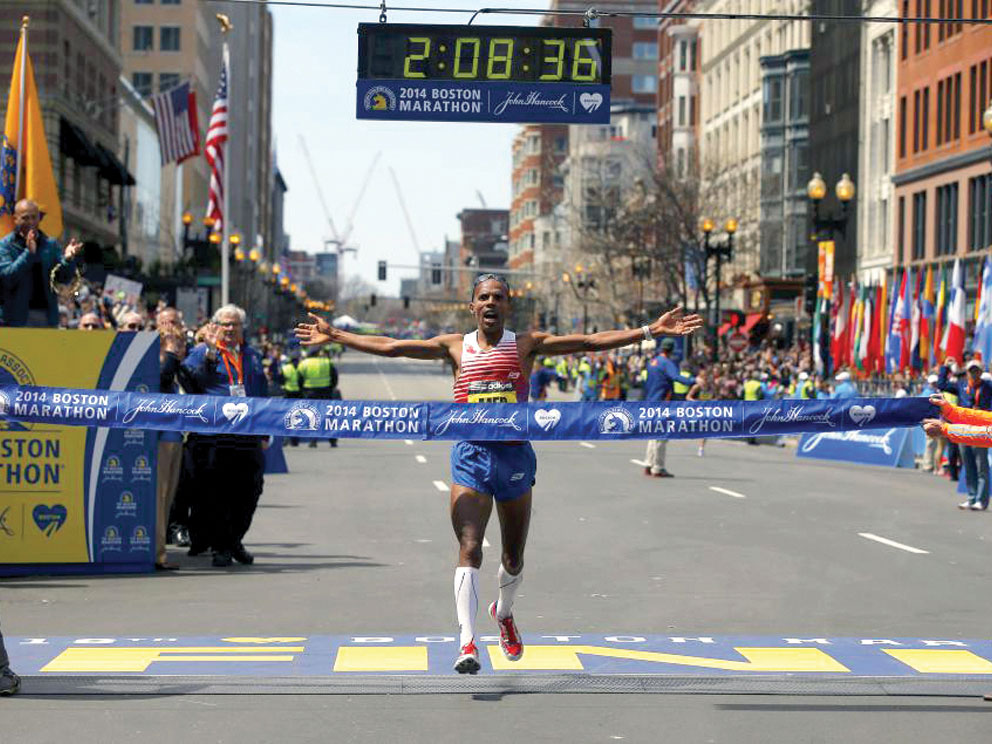 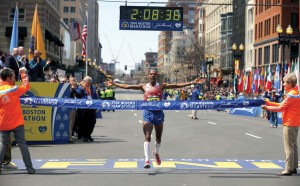 (WNS)—As he struggled through the last few miles of the Boston Marathon, winner Meb Keflezighi said he couldn’t even look up the hill. He had to take it one step at a time, a philosophy that has defined much of his life.

Keflezighi battled nausea and pain to eke out the 26.2 miles in a personal-best 2 hours, 8 minutes, 37 seconds. He held off Kenya’s Wilson Chebet by 11 seconds a year after bombs killed three and wounded 260 at last year’s marathon finish line.

Running just two weeks before his 39th birthday, Keflezighi added Boston to a resume that includes a silver medal in the 2004 Olympics. The Eritrean refugee was a teenager when he emigrated to San Diego, and the now-U.S. citizen became the first American man to win in Boston since 1983.

But after devastating career and spiritual setbacks in 2007, the professed Christian seemed more than a long shot to break the streak. At the 2007 Olympic trials in New York City, Keflezighi fractured his hip and lost his good friend Ryan Shay, who died early in the race.

“I don’t understand, but I know God is in control,” Keflezighi told friend Josh Cox in an article for the Fellowship of Christian Athletes. He spent much of the next year at home, crawling and moving his leg by hand to shift his position in bed. But through prayer, he determined God wasn’t through with his talent.

He began to train again, eventually winning races and even scoring personal bests. He went back to New York and won its marathon in 2009, the first American to do so in 27 years.

A win in Boston was the only thing missing from his resume, but he pulled out of the marathon last year because of an injury. “The four victims that died were spectators just like me,” he said, referring to the people who died in the bombing and the police officer shot by the bombers several days later.

Keflezighi had all four victims’ names added to his race bib and thought of them as he built up a big lead. But he almost became ill at mile 22, and Chebet closed the gap over the final two miles.

“It was coming close at the end,” Keflezighi said. “But at the same time, I just said, ‘I’ve got to finish.’” He asked God to give him the energy of the crowd and of the four names on his bib. “He did,” Keflezighi said after the win.

With a noticeable change in his stride as he turned on Boylston Street, Keflezighi pushed toward the finish. He threw his arms in the air and broke into tears after crossing the finish line, then draped himself in the American flag.

He sobbed during an emotional rendition of the national anthem. “I’m blessed for God to give me the opportunity to do it, and try to touch people’s lives,” he said. “And you know what? We did it.”

Marathon officials said 35,755 runners registered for the race, and 31,779 crossed the finish line before the clock was turned off at 6:15 p.m. To break the drought of American winners was “God’s time,” Keflezighi said, and “it couldn’t have been on a better day.”