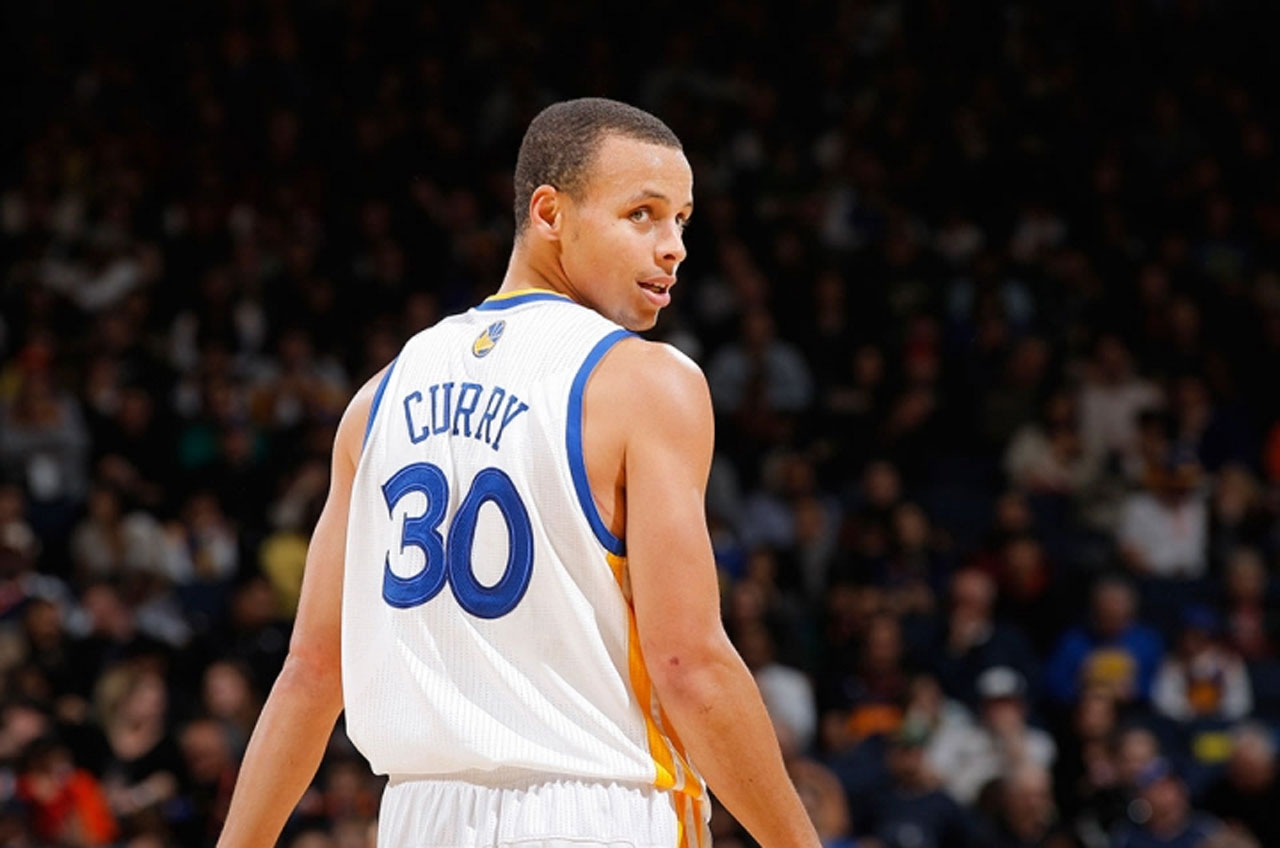 With his faith as his personal foundation, Stephen Curry credits God as the “driving force” to his head-turning game; (Photo: Stephencurry30.com)

OAKLAND, Calif. (Christian Examiner)—As Golden State Warriors guard Stephen Curry led his team during the NBA Western Conference finals, the mainstream media highlighted his record accomplishments on the court. Yet the league MVP says all the praise and accolades of his skills could never compare to his heavenly treasures.

The first time the 27-year-old player won the Most Valuable Player award he wasted no time in clarifying who is front and center in his life.

“First and foremost I have to thank my Lord and Savior Jesus Christ for blessing me with the talents to play this game, with the family to support me, day in, day out. I’m His humble servant right now, and I can’t say enough how important my faith is to who I am and how I play the game,” Curry said May 4 at the MVP ceremony.

Curry noted in another article there are about 10 other players on the team who attend pre-game chapel and pray together before games.

“The Holy Spirit is moving through our locker room in a way I’ve never experienced before,” he wrote in his testimony featured in 2014 Fellowship of Christian Athletes Magazine. “It’s allowing us to reach a lot of people, and personally I am just trying to use this stage to share how God has been a blessing to my life and how He can be the same in everyone else’s.

“I know I have a place in Heaven waiting for me because of Him, and that’s something no earthly prize or trophy could ever top,” Curry said about his faith in God.

God’s light has long-shined through the Warrior who came to faith at an early age.

“I remember it like it was yesterday, the day I gave my life to Christ. I was in fourth grade, and I recall hearing and understanding the Gospel of Jesus Christ and walking down the aisle to give my life to Him.”

From that point his parents, former NBA player Dell Curry and his wife Sonya, continued to pour into his young life, raising him to believe in God, he wrote.

The basketball super star says his mom and dad made sure he understood his faith commitment. “Looking back, my childhood was filled with the Lord’s presence.”

With his faith as his personal foundation, Curry credits God as the “driving force” to his head-turning game. And the stellar skills that helped the Warriors advance to the NBA Finals are simply his way of  pointing people to the cross.

“I know that in the grand scheme of things, this is just a game that can be taken from me at any moment, but I love that basketball gives me the opportunities to do good things for people and to point them towards the Man who died for our sins on the cross,” Curry wrote.

Noting he and his Warriors teammates incorporate chapel and prayers into their pregame routine he added, “I am just trying to use this stage to share how God has been a blessing to my life and how He can be the same in everyone else’s.”

And even as he takes center stage, Curry exhibits a down-to-earth persona. His most recent demonstration was seen while playing the role of an everyday dad when his two-year-old daughter, Riley, joined him in a press conference after the first game of the Western Conference Finals.

The move earned some criticism, but mostly praise by reporters who called the entire controversy “dumb.”

In addition to his family, the young father says it is his faith that grounds him.

“There’s more to me than just this jersey I wear, and that’s Christ living inside of me,” Curry said.