Editor’s Journal: When the mourning comes 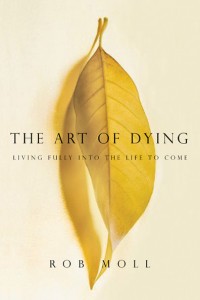 O Lord, make me know my end and what is the measure of my days; let me know how fleeting I am! Behold, you have made my days a few handbreadths, and my lifetime is as nothing before you. Surely all mankind stands as a mere breath!
—Psalm 39:4-5

Having worked at a funeral home during my first years of study at seminary, I came face to face with scenes that are seared in my memory—the sight of an entire family wiped out in an automobile accident; a handsome 11-year-old boy who died of leukemia; a young man who was brutally murdered; the evening when news came of a friend who had committed suicide. The times when a family first enters a room where the body of their loved one is placed often caused wails of grief to echo down the hall. These times were perhaps the hardest to bear as I remembered through their pain my own recollections of the sight of my parents, brother and best friend in their caskets.

There is something naturally horrific and curious about death. No one enjoys gazing on the corpse of their mother, father, husband, wife, brother, sister or friend. Yet, by doing so, a sober reminder awaits all who dare listen to the quiet whisper of death—time is fleeting and the end is near. The funeral home is described in Holy Scripture as a place where more people should enter more often (Eccl. 7:2). Biblical mourning is the path toward comfort, and the Gospel of Jesus Christ requires that sorrow of heart bring joy through the provision of the righteousness of God in Jesus Christ. Human beings must be prepared to do business with God when their corruptible flesh finally falls powerless against illness, injury and decay. The funeral home is often the scene of that reality.

My job at the funeral home was to serve the families mourning the death of their loved one(s) on evenings before the funeral. These occasions also provided me time to read through the Greek New Testament, study systematic theology and read church history. Late into the night, I studied and observed the realities of the Bible before my very eyes. The funeral home gave me a theological education that was far from mere intellectual gymnastics. Each night was a lesson in the severity of sin and the judgment that is to come.

Imagine my shock and appreciation when I first began to read Rob Moll’s new book, The Art of Dying: Living Fully Into the Life to Come. At first, I was intrigued by his subject matter seeing that few Christian publishers in our modern day attempt to address the subject of death and dying fearing (I would suppose) an aversion to something so horrific and out of sight for most Christians in the modern world. Death is pushed to the margins of life and seen as something best left out of public discourse lest the shallowness of modern life be exposed for the charade that it has become.

Yet, Moll’s research and interviews reveal a time of life that should be recaptured by the Church. His aim is to acquaint modern believers with the reality of death and the travail of soul that ultimately takes everyone away from this life and into a world from which no one has ever returned. As people now live longer and demand more care at the end of life, death is now poised to make a comeback in a way that demands attention by the Church.

“In a society in which intergenerational ties are already weak,” Moll writes, “it takes some education and practice to help people overcome the differences one finds between the generations.” And it is not as though much intentional effort is actually dedicated to caring for the aged and dying. In a culture fascinated with youth, “classes on youth and family ministry abound,” Moll states. “However, even where we would expect spiritual care for the dying to be taught, it is absent.” He goes on to report that seminaries “often entirely neglect teaching spiritual care for the elderly and dying” to such a degree that aged Christians often die alone without the prayers and support of fellow believers.

Moll’s challenge that the Church care for the elderly (not just require them to fit into a niche program of the Church) surely must ring hollow amidst the throngs of those who prefer never to think of life’s end. How different from the early Church the modern Church has become. Most modern Christian teaching about death reads more like the philosopher Plato than the Apostle Paul. The modern emphasis on death being some sort of entrance into an existence that rejoices that the body has now been discarded so that a disembodied soul can exist in realms of freedom void of fleshly shackles is more Hollywood ghost novel than biblical theology. The Early Church insisted on the doctrine of the resurrection as the link between the pain of death and the glories of the resurrection.

In the words of Moll, a culture of resurrection once dominated the thinking of the Church as intense persecution, distress, betrayal, imprisonment and execution were the norm for First Century Christians. Facing death was not some abstract possibility that could be easily pushed out of mind. It was a present (and often daily) reality for the people of God. Coupled with the care for their immediate family and for those abandoned by “natural” family upon their profession of faith in Jesus Christ as Lord, Christians once sought to encourage and care for one another in ways that became visible evidence of Jesus’ statement that His disciples would be known by their love for one another (John 13:35).

Here is where Moll’s contribution rises to its heights: “The church embodies this reality of life following death. The Christian life is full of joy and hope, not because Jesus makes us smiley with upbeat attitudes. But we enjoy an abiding hope that the God who brings life to the dead will do the same for us—not only in the last day but this one too.” The bodily resurrection of Jesus Christ from the dead, therefore, becomes the ground of the hope of all Christians as they face their own demise.

Moll restates a truth that builds up the Church across geography and time—“all is not over at our final breath, neither for the dead nor those still alive.” He reminds us that until the 19th Century, “church buildings were often graveyards, with walls and floors holding the bones of those who worshiped in ages past.” Believers, therefore, can rejoice through their tears as life ends here and begins in a place where sorrow and crying will be no more.

Many years have passed since those evenings of service, study and prayer in the funeral home. I still remember the names of some of the people who died almost 20 years ago and recall the scenes which forced me to radically deal with the abiding questions of suffering, evil and death. I am reminded by Moll’s work, however, that dying to the glory of God is a calling for all Christians and “only in God’s hand can something ugly and terrible be transformed into a thing of beauty and purpose.”

O blest communion, fellowship divine! We feebly struggle, they in glory shine; All are one in Thee, for all are Thine. Alleluia! Alleluia!

Douglas E. Baker is executive editor of the Baptist Messenger and Communications Team leader for the Baptist General Convention of Oklahoma.