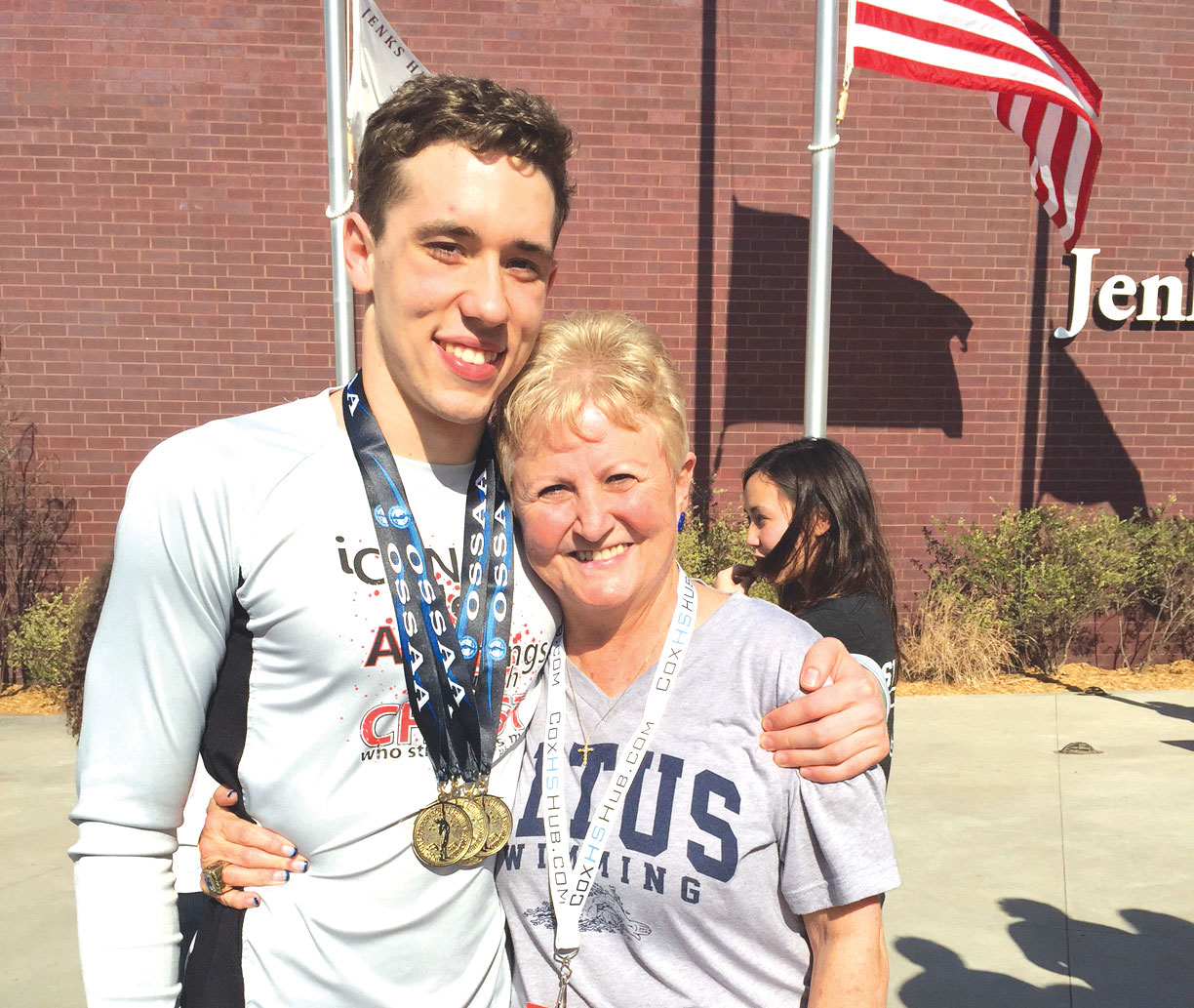 Daniel Brown’s first experience of competitive swimming came when he was 8. He did not finish well. In fact, he said he was beaten by girls almost half his age. 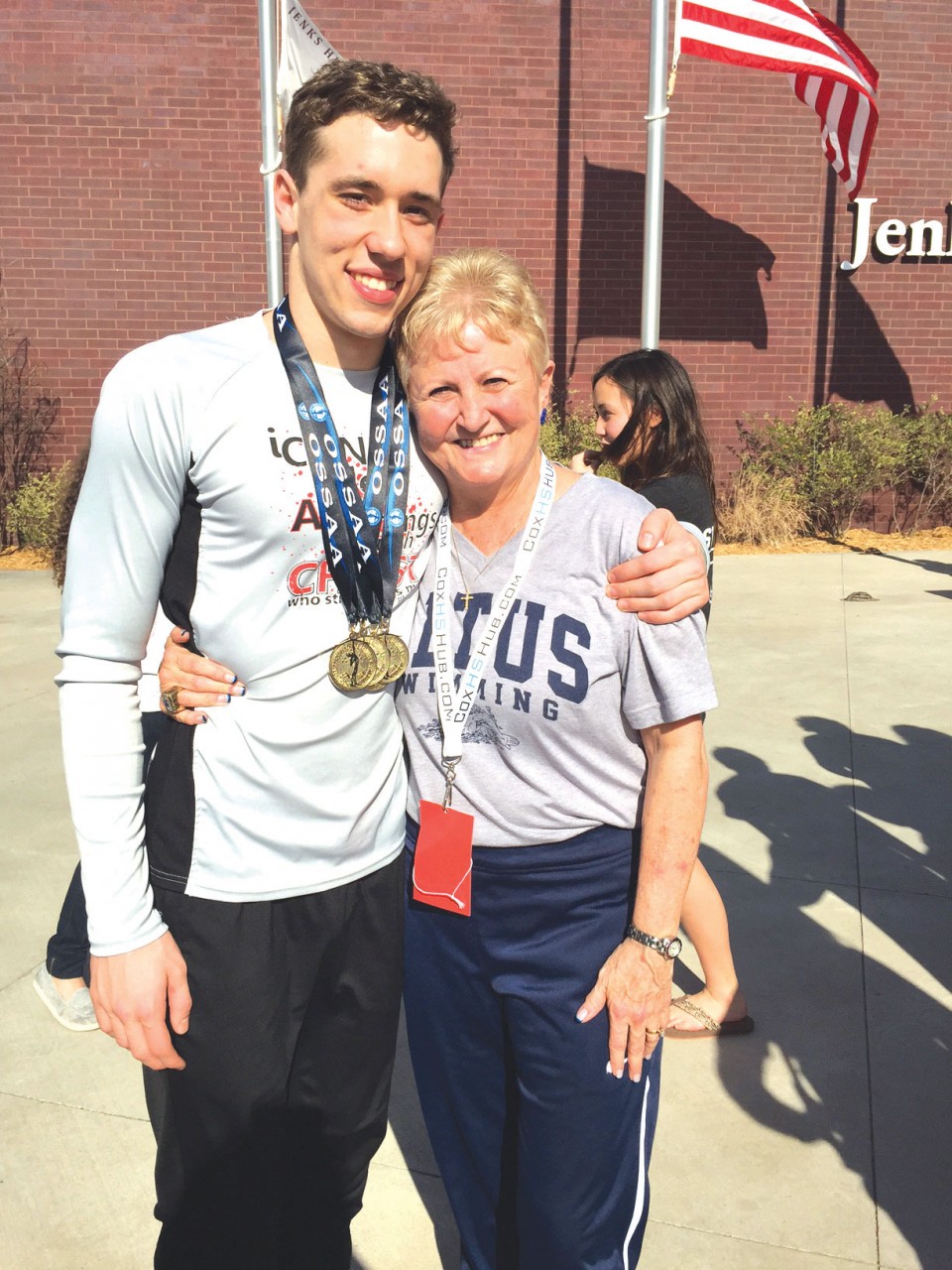 Ask Daniel’s father, Jim, or his high school swimming coach Linda Wiginton, and they both will say one of Daniel’s greatest strengths is his dedication and discipline. And Daniel’s dedication to swimming definitely was sparked when he was 8.

“I wanted to beat out those 5-year-old girls,” he said with a laugh.

Daniel collected 12 state titles while swimming for Altus High School. He led the Bulldogs to two-straight state championships (2015 and 2016), and he holds five state records in the 50 freestyle, 100 freestyle, 200 freestyle and two relays.

“He’s one of the best swimmers I’ve ever had,” said Wiginton, and that’s saying a lot coming from the national coach of the year for boys swimming, named by the National Federation of State High School Associations’ Coaches Association. Wiginton’s husband Larry is the nephew of well-known Oklahoma Baptist preacher Keith Wiginton who was longtime pastor at Altus, First.

Jim also raved about his son’s discipline, saying Daniel’s preparation skills was his reason for success.

“He was a true anomaly to his dedication to train,” said Jim who is pastor of Altus, Friendship. “He would get up early in the morning to do crossfit work. Nobody else (on Daniel’s team) did that. He did that on his own.”

Now a freshman on the swim team at Oklahoma Baptist University (OBU), Daniel has shown a lot of maturity and wisdom as he approaches his next chapter in life. When asked about discipline to train, he credits his coaches and parents, but he eloquently speaks how he is able to be dedicated on a daily basis.

Daniel said he finds public speaking easy for him, and his dad had him preach in his pulpit on Valentine’s Day last year.

“His sermon was on pursuing excellence,” Jim said, and Daniel used the acclaimed sports movie “Chariots of Fire,” as an illustration that day. He mentioned Olympic runner Eric Liddell who said in the movie, “I believe God made me for a purpose, but He also made me fast. And when I run I feel His pleasure.”

Feb. 14, 2016 also was a significant day for Daniel and his swim team, as they lost a teammate, Ethan Powers, who died in a car accident that afternoon. This was six days before Altus competed in the state Class 5A swim meet.

“That was probably the hardest thing I’ve ever been through in the sport of swimming,” Daniel said.

The team supported each other during that difficult time. Wiginton said the team was a family for each other and credited the leadership of nine senior boys, including Daniel, who stepped up to encourage the whole team.

With many tributes to Powers during the state meet, Altus succeeded to win its second consecutive state title.

“(Daniel) was a good Christian example for his teammates,” said Wiginton. “He probably can do anything he sets his mind to.”

For now, Daniel is majoring in microbiology at OBU and wants to be a pharmacist. But he is willing to consider all options and wherever the Lord may lead him. As far as ministry pursuits, Daniel said he could see himself involved in coaching, as he considers coaching young athletes as a major influence.

For now, Daniel will focus on his first year of college and being a teammate of the OBU swimmers. In the future, he may be encouraging other swimmers or young people to disciplined and dedicated, just like he is.