Decker, Westbrook encourage each other 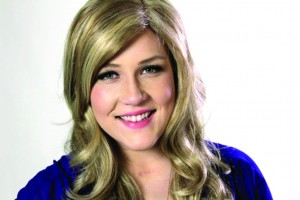 A devastating blow was felt throughout Oklahoma when the news spread of Thunder guard Russell Westbrook being out of the playoffs. At that time, the Thunder held a 2-0 advantage in the series against Houston, but there was much uncertainty of how the top-seeded team in the NBA Western Conference would proceed after losing its all-star point guard.

Two days after news broke about Westbrook’s injury, Lorelei Decker received some devastating news as well. The spokesperson for the “ibelieve campaign,” an evangelistic opportunity in connection with the Thunder’s playoff experience, found out the cancer in her chest had reactivated.

“Lorelei’s entire journey has been a series of small steps forward and giant leaps backwards,” said Andrea Decker, Lorelei’s mother. “We were very discouraged, but at least we do have options. At least they are saying they are still trying to cure her. So we’re not just trying to prolong her life a little bit. We are trying to cure her.”

The Deckers were in Houston at the MD Anderson Cancer Center the same time the Thunder was playing games three and four of the series with the Rockets, and made contact with Head Coach Scott Brooks and the team.

“We stayed with Coach Brooks’ family when we were in Houston,” Andrea said.

She mentioned how it was a time for both the Thunder and Lorelei, who has been adopted by the Thunder as an honorary coach, to encourage each other after the recent disappointments.

Lorelei also had the chance to speak with Westbrook over the phone soon after he had surgery in Colorado to repair his torn meniscus. They spoke at length about what they both were
experiencing.

“Neither one of them had anticipated a life-interrupting event, whether it be cancer or a torn meniscus,” said Andrea. She shared how the course of both Lorelei’s and Russell’s lives had changed, and what they planned for their immediate futures has been hindered. However, Andrea said the phone conversation was good for both Lorelei and Russell, and they continue to battle and remain hopeful for what they plan to achieve long term.

“She and Russell talked about how God uses unexpected life interruptions in ways that sometimes are more powerful than had we not had them. They both have to learn how to fight differently,” Andrea said.

Lorelei is now doing proton radiation. Her mother said the treatment will help minimize the damage to Lorelei’s lungs. Messenger readers are asked to pray for Lorelei as she goes through treatments.

Even with the setbacks, the ibelieve campaign has received encouraging responses. The website, ibelieveOKC.com, had more than 11,000 hits after a few weeks since it debuted. Along with featuring a video of Lorelei sharing her testimony, the website offers a witnessing strategy and other resources to help Christians connect the “fan faith” they have in the Thunder and the “forever faith” they have in God while talking with other Thunder fans.

At the time of publication, the Thunder’s playoff hopes were still alive as the team was battling Memphis. Obviously, the aspirations of many fans were dampened after losing Westbrook, but opportunities to share “forever faith” still abound.