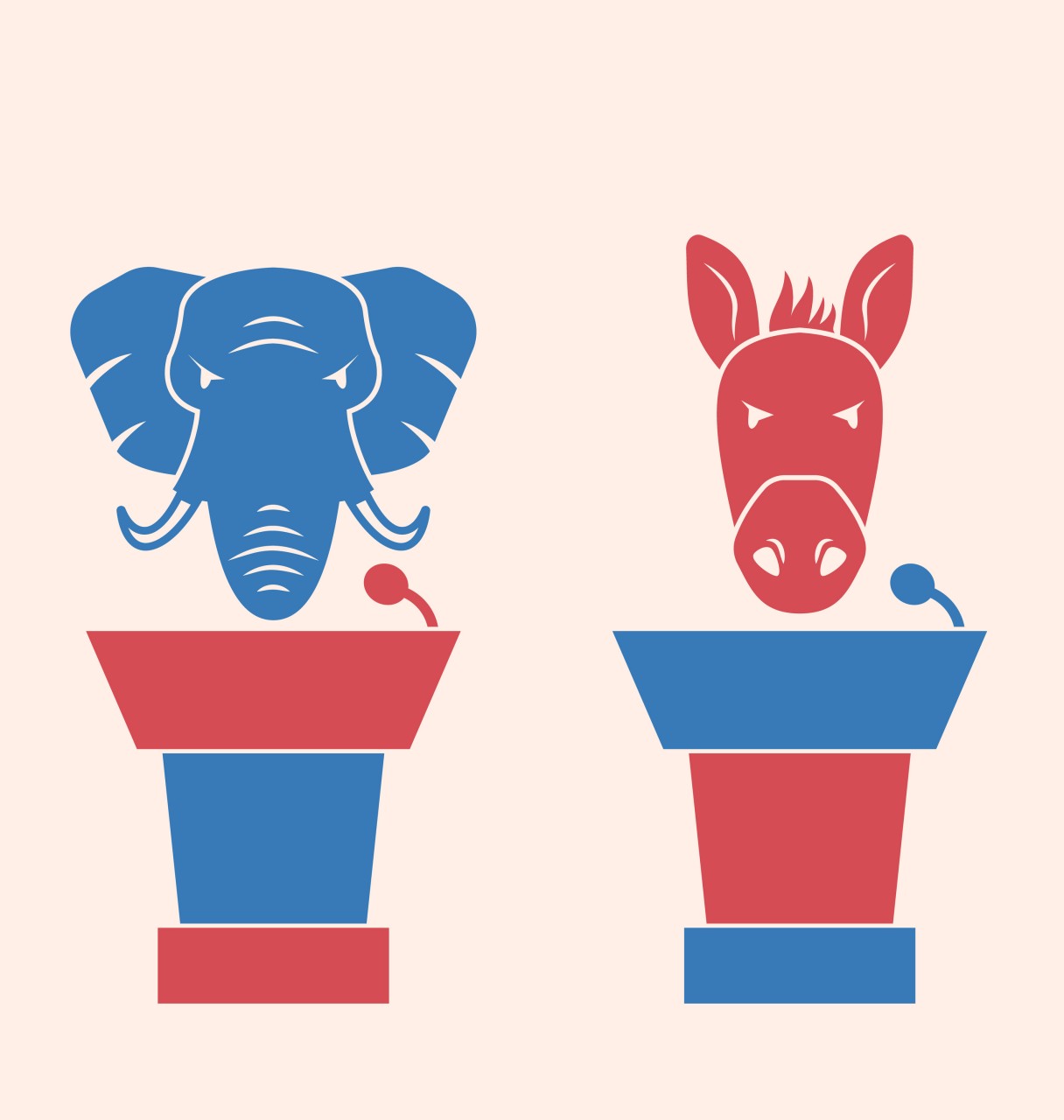 On Mon., Sept. 26, more than 80 million people watched the first U.S. Presidential Debate between Hillary Clinton and Donald Trump. With pundits and people on social media analyzing every move they made, every word they said, it’s also important to think about what was not said at the debate.

Though the debate forum was slated to cover “security and the economy,” several major issues which have ties to economics, security and justice were completely ignored by the moderator and, more disturbingly, by the candidates themselves.

Look no further than one of the most immediate, significant actions the next President will have: to nominate a Justice to the U.S. Supreme Court. This is the “elephant in the room,” and the debate should have had at least one question about this. Not only would the question have practical implications, it also would tell us a great deal about their respective disagreements about the U.S. Constitution, about the role of the Judiciary and more. This was a huge missing ingredient, since the Supreme Court Justices weigh in on topics ranging from eminent domain to tax law to marriage.

Next, the issue of abortion was completely ignored. A hallmark of Hillary Clinton’s public life has been supporting the so-called “right to choose.” Her campaign is proposing the elimination of the Hyde Amendment, which prevents tax dollars going toward abortion, as well as continued funding of Planned Parenthood. Why, amid all of the debate questions was the sanctity of life not discussed? It is equally concerning that Donald Trump did not take the opportunity to bring these issues up, either.

Also of concern to Christians and others is the security of people of faith in America and around the world. There is growing religious persecution abroad and, with threats to religious liberty at home, a case can be made that this issue is paramount. Linked to issues like marriage and national security, what the candidates think about religious liberty is key. Because this was not asked, a great disservice to people of faith—and the American people as a whole—was done.

The next presidential debate, scheduled for Sun., Oct. 9, is slated to be a town hall format. We can only hope that these critical issues will be raised at the next debate.

After all, what we need is an issues-based debate, focused on what will bring justice and human flourishing in America and around the world, not what gives TV stations a nice bump in the ratings.