Churches: Turn Up the Sound (part 1)

In Paul’s first letter to Timothy, he tells his protégé in the ministry to watch his life and doctrine closely (1 Timothy 4:16).  In Paul’s second letter to Timothy he tells him to preach the Word…for a time will come when men will not endure “sound doctrine” (2 Timothy 4:2-3).  In other words, it is as if Paul says, “Timothy, Turn up the sound.”  In 2 Timothy 4:3, the word for sound translates from a form of the verb “hugiaino”, which means to be healthy, and is the term from which we derive the word “hygiene.”  It is as if Paul was telling Timothy that if the “right” sound gets turned down, the “wrong” sound will get turned up.  I have said, and will continue to say, that if we do not give people the truth, people will invent their own.  This is what is happening in many churches today all over this country.  Instead of preaching and teaching sound (healthy) doctrine, we have many preachers simply preaching the latest, greatest topics of the day.  Many churches are more concerned with drawing in a crowd than they are with preaching word.  Many pastors would rather entertain their audience, than exposit God’s Word.  It is time for pastors and churches to “TURN UP THE SOUND.”  We need to pursue healthy teaching!  We should crave the truths of the Word of God!  There should be a hunger and a thirst for truth in our inner most being!  We should long for “God’s sound” and be unsatisfied with anything else.  Yes, it is time to turn it up!  Church, turn up the sound! 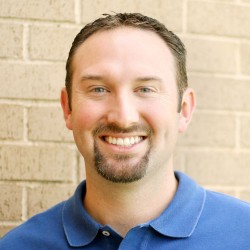