In 2013, Chris Broussard made news when he appeared on ESPN’s “Outside the Lines” to discuss the news of former NBA player Jason Collins, who admitted in a Sports Illustrated article that he is openly gay.

Broussard, who was an NBA reporter for ESPN, made bold remarks on the show. “I’m a Christian,” he said. “I don’t agree with homosexuality. I think it’s a sin, as I think all sex outside of marriage between a man and a woman is (sin).” 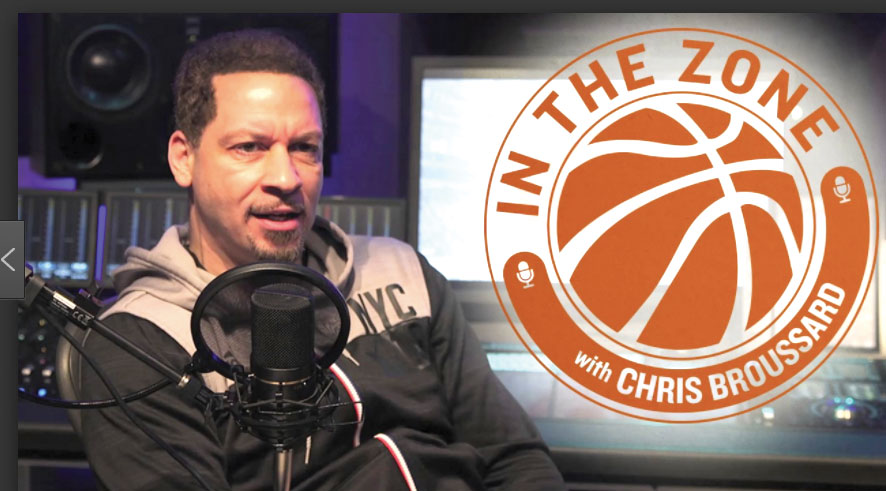 After working 12 years on ESPN, Broussard is now on Fox Sports and hosts a weekly podcast.

Though some expected him to face chastisement from the sports network, Broussard recently shared in a Sports Spectrum podcast that he did not experience punishment by ESPN. He said a network executive did call him after the show and said, in order to avoid much attention, ESPN would keep him off screen for a few days. In less than a week, Broussard was back on TV, covering the NBA.

Today, Broussard is a sports analyst for Fox Sports. He left ESPN in 2016 after working 12 years with the network. He also hosts a sports radio show and a weekly NBA podcast called “In the Zone.”

Though he was raised Catholic, Broussard was fascinated by the faith his college girlfriend demonstrated. He said she exposed him to “Biblical Christianity.”

“She prayed like she was talking to God,” Broussard shared on the podcast. “I prayed memorized prayers. It was much more powerful what she was doing. She had something I didn’t have.”

Broussard went to church with his girlfriend, and he was impressed with how “everybody was excited.” He also said the pastor spoke that morning about giving his life to Christ when he was 16.

“That was the first time I felt like I’m not right with God,” Broussard said. “I’m offending God with my lifestyle. When I left church that day, I knew I needed to give my life to Christ.”

Life went on for Broussard, but he soon experienced many great opportunities. He got an internship with the Cleveland Plain Dealer, which turned into a full-time job as a sports reporter. But even in all his good breaks, he said he felt miserable.

Then, he realized, even if he had everything the world could offer, he would still be miserable. On his 21st birthday, Oct. 28, 1989, Chris Broussard gave his life to Christ.

“My physical birthday is my spiritual birthday as well,” he said and continues to boldly share his faith. “I can’t imagine living without Christ. I’m sure I would survive, but as far as having joy, peace, security, I just can’t even fathom it.”

On the podcast, Broussard told what he believed prepared him for his famous appearance on “Outside the Lines.” He said he was on a 21-day fast, and on day seven is when he went on the show.

“I believe God was preparing me for what was to come with the onslaught, media criticism and all that, even to give me the strength for what I said,” Broussard admitted. Even today, he is confident in what he declared on national television that day.

“Jesus said, ‘Blessed are the persecuted for righteousness sake…’ I knew I had stood up for God’s Word. I didn’t go out bashing. It wasn’t said with a spirit of judgment or hatred. It was sharing the Word of God,” Broussard explained. “I don’t regret it (his comments on Outside the Lines) because I think I shared the truth in love, which is what we’re called to do as Christians.”

The ministry appears to be similar to Men’s Rewired, sponsored by the Baptist General Convention of Oklahoma. Visit www.menrewired.com for more information.

The Sports Spectrum podcast featuring Chris Broussard can be found at www.sportsspectrum.com/sports-spectrum-podcast.