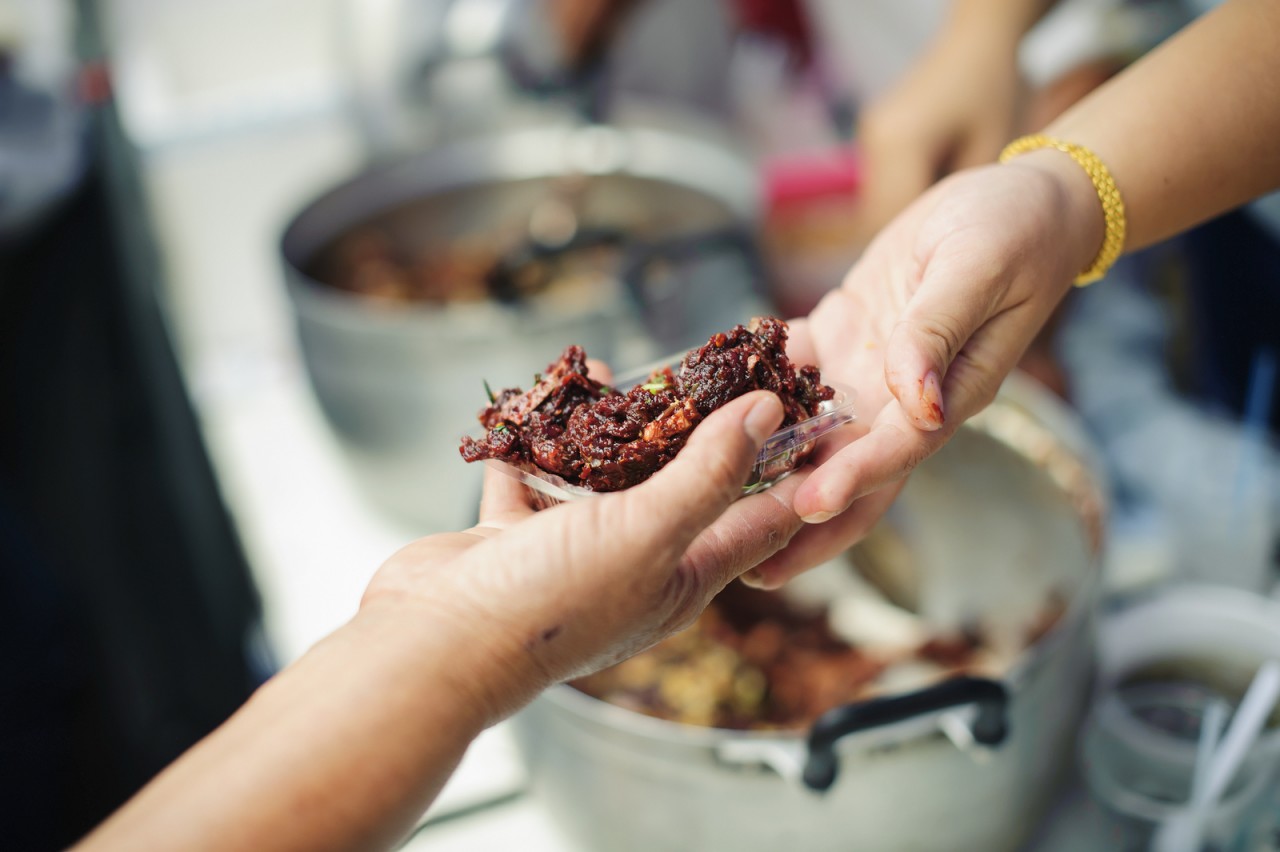 It was September 2005 and our country was struggling to respond to the devastation left behind by Hurricane Katrina. At the time, Chad and I were living and serving at Citychurch in downtown Amarillo, Texas. The leadership at Citychurch had just received word that our city would be a major hub for refugees from Louisiana.

As is typical in disaster situations, everyone was on standby, and no one was certain how many refugees would be coming to our city. In preparation for response, the city began calling on the resources of local churches and relief organizations. We were among those ministries who were called on to aid in the response. At the time, one of my jobs was managing our ministry’s kitchen. We were already used to feeding lots of people and had a pantry that seemed to never go empty.

The Mayor held a meeting to coordinate resources, and it was determined that Citychurch would be providing the meals over the next few weeks, as traffic came and went from the staging area at the Amarillo Civic Center. This meant we would be feeding local emergency workers and volunteers as well as the hundreds of children and their families making the long trip from New Orleans, seeking refuge from the storm.

When we had the staff meeting to plan for the work ahead, we didn’t really have a lot of information to go on. The number of people who would be landing in Amarillo kept fluctuating from 300 to 3,000. Basically, the plan was to start buying food, cooking it and catering it around the clock to the Civic Center from our humble church kitchen.

After we discussed the amount of food the church had on hand and the amount of food we would need to purchase, my dad looked at the numbers and said, “Well, we know who owns the cattle on a thousand hills. We’ll trust Him to provide.” With that, we prayed to God for provision, and everyone went to work preparing for the days ahead.

I gathered up my shopping list and headed out the door for Sam’s. As I walked down the sidewalk to my car, I saw a man standing on the curb looking up at the church sign. He seemed a little confused, so I stopped to ask if I could help him. He explained that he was a pastor, and his church wanted to help with all the relief efforts in Amarillo.

“One of my members came to me and said he has a bunch of ground beef they want to donate to you guys since you’re providing meals,” he said.

When the pastor told me about the meat I laughed and explained, “I’m sorry, I’m laughing because we were just talking about how much food we would need to make all these meals. My dad said he’s not worried about it because he knows who owns the cattle on a thousand hills.”

With a stunned look on his face, the pastor opened his wallet and pulled out the business card of the man who had donated the ground beef. “Read this!” he said, as he handed me the business card. My voice started shaking as I read the name of the business out loud, “The Thousand Hills Cattle Company!”

We laughed and praised The Lord right there on the sidewalk as both our hearts were stirred to see the hand of God moving to provide for this unexpected need. He later invited me to come share this story with his congregation, so that their faith might be strengthened as well.

I’m convinced God uses our weakness and our needs to draw us closer to Himself. When we learn to trust and we finally lay our little loaves and fishes in His hands, He says, “Now, watch what I can do!” Boldness to move forward in obedience comes when we have experienced His glorious faithfulness firsthand.

More recently here in Oklahoma City, at Mission OKC, we began to respond to the needs of the families we minister to during the COVID-19 crisis. We knew that the need for food in our neighborhoods would be even more intense, and we expected that doors would be open to advancement of the Gospel.

After we committed to making and delivering lunches, we looked to God and asked for His provision. Before the first lunch was made, we received an email offering support to cover our food costs from Oklahoma Baptists Disaster Relief.

It is through this partnership that our ministry of delivering lunches and the Gospel to the most vulnerable in our community has not missed a beat. Since the week of March 23 we have made and delivered more than 15,000 lunches.

Every morning, when I show up to our Mission OKC Kitchen and know that we are well supplied, I thank God for those who have given to support the work of missions here in our city. I thank God for His faithfulness to provide for us all.

“Offer to God a sacrifice of thanksgiving, and perform your vows to the Most High and call on me in the day of trouble; I will deliver you, and you shall glorify me” (Psalm 55:15).

Anna Clement is a pastor's wife, mother of three, urban missionary and communicator. She lives in Oklahoma City and serves alongside her husband Chad at Mission OKC.

View all posts by Anna Clement