Behind the Mask: Pistol Pete alum 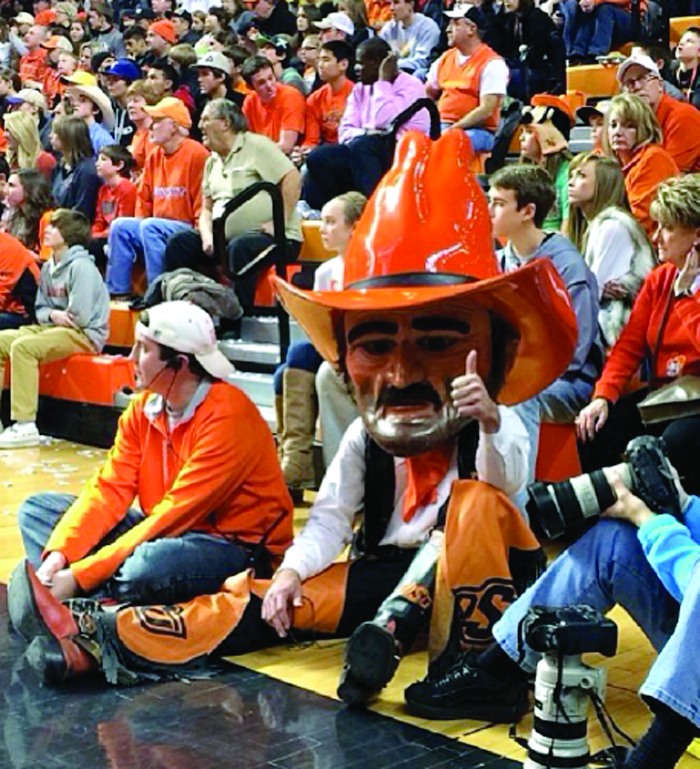 STILLWATER—”I think I’m going to be Pistol Pete,” he said as a random goal. “When people think of OSU they think of three people. They think of Boone Pickens, Pistol Pete and Barry Sanders. Well, I don’t have a million dollars, I’m not athletic, so that only leaves one option.”

That became Austin Bowles’ goal starting his freshman year at Oklahoma State University (OSU). As a sophomore, Bowles tried out and was selected as one of two people to be OSU’s mascot.

Throughout his two-year commitment as Pistol Pete, Bowles estimates that he made more than 500 appearances. In the midst of his busy schedule, he explained that God taught him a lot of small lessons.

“I learned that time isn’t everything,” he said. “As busy as we were, we always felt crunched for time, and that there weren’t enough hours in the day.

“I learned to not let the business become the best of me. (God) had me in a position that was a huge blessing, and I had to learn to enjoy that and take it step-by-step and not rush things.”

Bowles grew up attending Duncan, First with his family. Upon moving to Stillwater, he plugged himself into Stillwater, Eagle Heights. He credits his church involvement as one key help to staying strong in his faith.

“For me, a lot of my ability to stay committed to my beliefs (in college) was anchored by being involved at Eagle Heights. It is important to be plugged into a church and a core group of believers who are going to hold you accountable. Accountability is huge in tempting situations,” Bowles explained.

“My youth pastor, John Parker, has always been one of my mentors. We try to talk once or twice every couple of weeks. He was a big help.”

Bowles also understood the importance of growing his personal relationship with God each day. 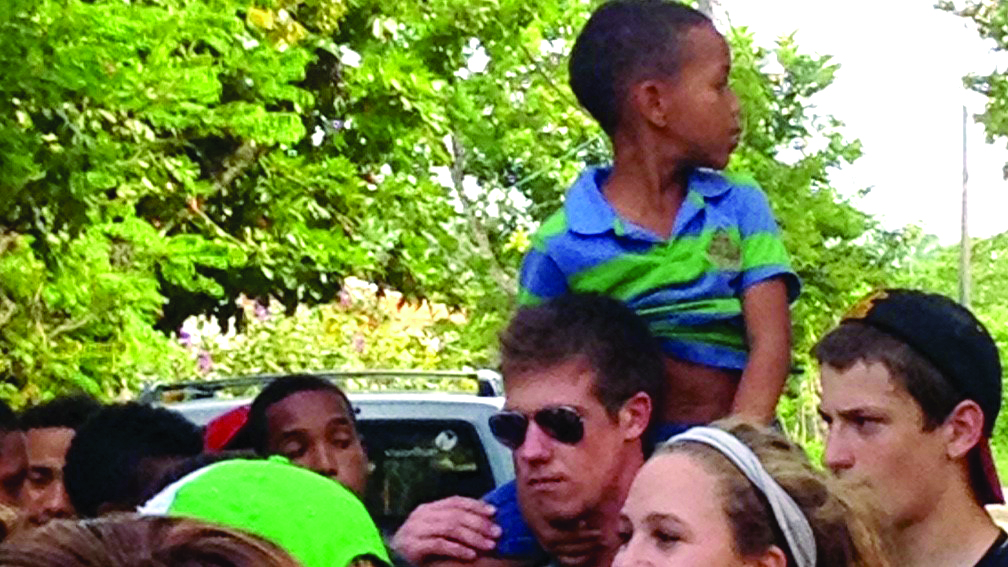 Austin Bowles served for two weeks in the Dominican Republic and put on a Vacation Bible School for children.

“Getting in the Word every day and having the mindset of seeing the face of God before you see the face of man made a huge difference,” Bowles said. “I could always tell a huge difference in my day if I took the time wake up 15-20 minutes earlier and read a little bit before I went out and did anything. That is powerful, too.”

As Pistol Pete, Bowles searched for opportunities to minister to others.

“I really wanted to use it as a tool to try to show that I was a ‘light in a dark place.’ I wanted to be there to answer any questions and just be a go-to guy. Pete is around a lot of worldly things.

“I led a Bible study within there and attended group Bible Study within the Spirit Squad, which is comprised of the Cheer and Pom squads and Pistol Pete. It was definitely an opportunity to do ministry, there is no doubt about that.”

Feeling a call to ministry in high school, Bowles serves as much as he can. One summer he spent each week serving at a church camp in Northeastern Oklahoma; another summer he spent two weeks in the Dominican Republic and put on Vacation Bible School activities for children, he also worked at Kids Across America and interned at Kingfisher, First. 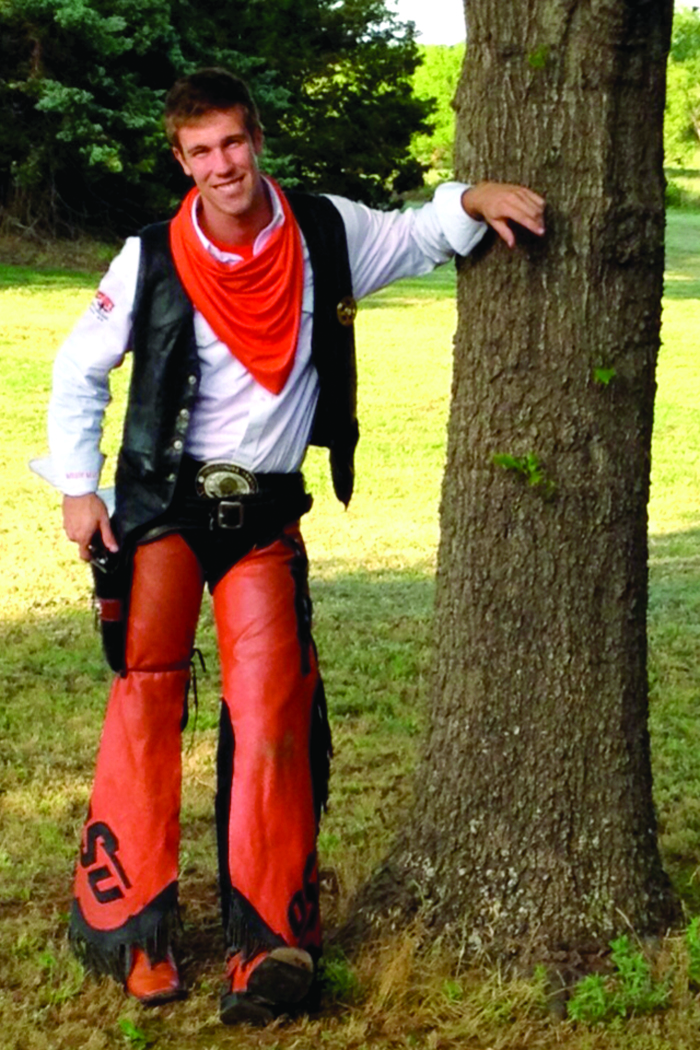 “My call to ministry is fairly unique. I feel led to work primarily with churches. So many towns/cities in Oklahoma have dealt with the problem of church splits and separation. So often communities are split apart by the church rather than united behind it, and I feel like that’s not how the body of Christ is to look according to Scripture.

“I feel led to work with churches in communities who have experienced that and work to build those relationships back together. I believe we should be working all together to serve our communities in a better way that shows the love of Christ.”

His next step in his life adventure includes a big move to Seattle to work with Union Gospel Mission under the Serve Seattle emphasis to learn the skills he needs to unite churches so he can one day bring his calling back home to Oklahoma.

“The Mission brings in 40 students between the ages of 18-25 and they plug you in to an internship somewhere in the city that is something you are passionate about, whether it be working with the homeless community or human trafficking or youth or anything like that. My internship specifically will be learning how they coordinate all their churches to serve together regardless of denomination.

“I will be learning how to work across denominational differences and coordinate people and do stuff like that. That is one thing that I was passionate about growing up in Oklahoma because there was a church on every corner and they don’t always play nicely together. I am excited to learn how to coordinate people with different beliefs to fulfill the same Gospel Mission.”