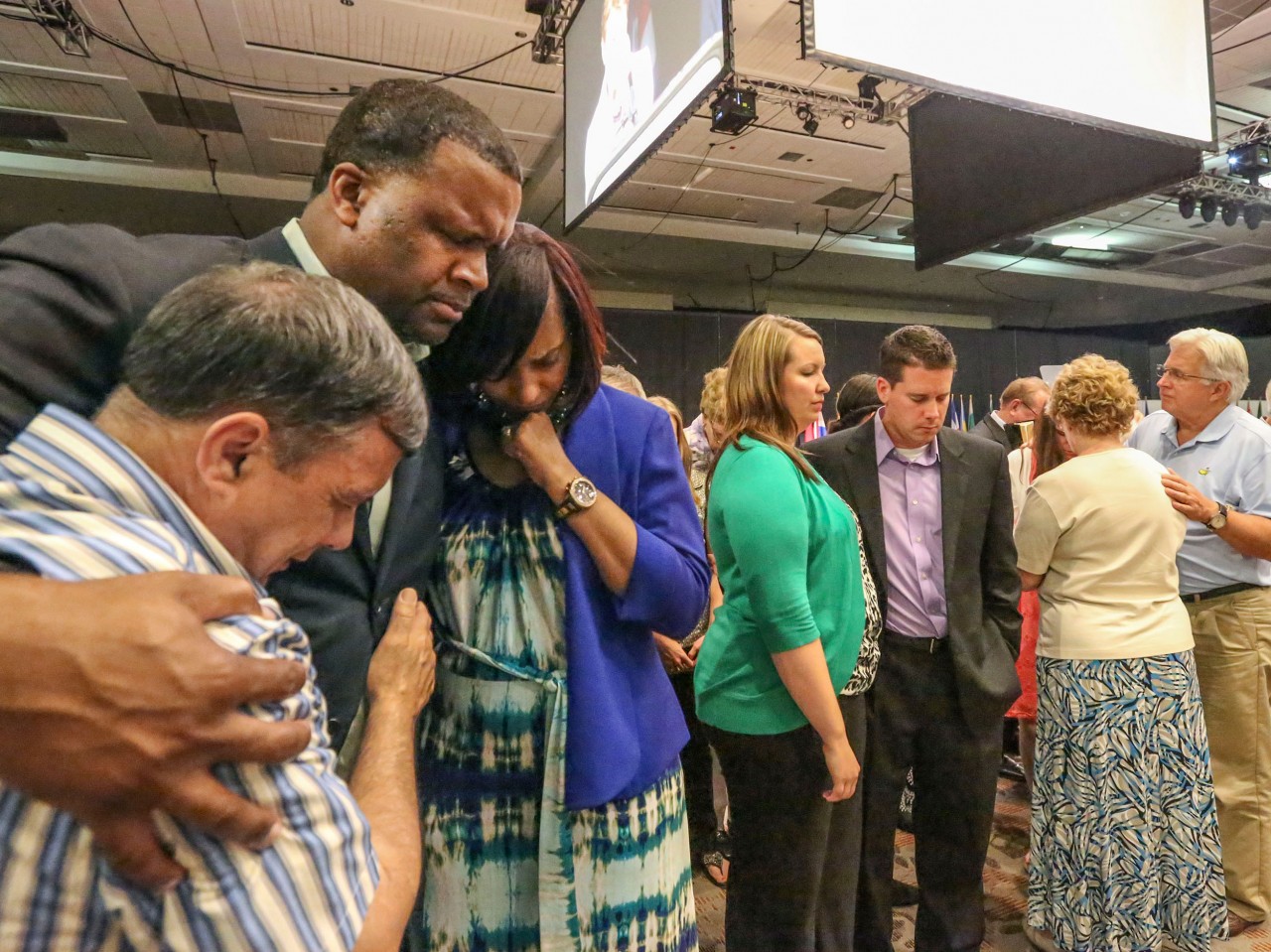 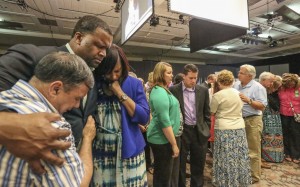 Roger Wall, left, embraces Dante and Schenita Randolph during a time of prayer for the 95 International Mission Board and North American Mission Board missionaries commissioned during a Woman’s Missionary Union Celebration June 8 at the Baltimore Convention Center. Wall, pastor of Providence Baptist Church in Pageland, S.C., served in Durham, N.C., where the Randolphs serve as missionaries at Grace Park Church. Photo by Bill Bangham.

BALTIMORE (BP) — The International Mission Board and the North American Mission Board commissioned 96 missionaries during a rare joint commissioning service sponsored by the Woman’s Missionary Union, June 8, at the Baltimore Convention Center.

In an emotional service marked by prayer and praise, many were commissioned to serve as church planters, evangelism catalysts, collegiate ministers, refugee workers, chaplains and ministers to people groups in difficult areas of the world.

A capacity crowd listened to numerous testimonies of how God called individuals to Himself and into His service.

Charles, 71, and Jan C., 69, after years of serving in various countries, now will work with South Asian refugees. “Why do we go? Why not retire and just take it easy?” Charles asked. “Because God’s called us, and we cannot say, ‘No,'” Jan answered. Charles agreed, “Missions is for life! Don’t let your age keep you from doing what God wants you to do!”

Through an interpreter, Gilmer and Ethel Mauricio, who had pastored several churches across South America, shared how they came to serve as church planters in Iowa. Because they could not find a Spanish language church, the couple visited Immanuel Baptist Church, a congregation that had prayed for four years for God to send a Hispanic planter. Five days later, the Mauricios started a Spanish language church there with 24 people. The church now has around 60 worshipers.

Jose Nater, along with his wife Mayra, shared how he serves as a bivocational pastor of three simultaneous church plants on the Eastern Shore of Maryland.

Kirk and Tamra Overstreet, church planting catalysts in California, have seen thousands come to know Christ. Kirk said he grew up as a pastor’s kid and had made a lot of bad choices, but 18 years ago, he repented and put his trust in Jesus. The couple has planted churches for the past 14 years.

Some missionaries said they heard God’s call to mission service while serving on short-term mission trips. Five of them had been involved in Girls in Action when they were younger. 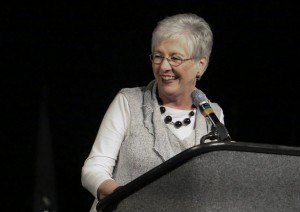 Wanda Lee, executive director of Woman’s Missionary Union, welcomes family and friends of 95 International Mission Board and North American Mission Board missionaries at a combined commissioning service. The June 8 service kicked off the annual WMU Celebration and annual meeting June 9 at the Sheraton Baltimore City Center Hotel in Baltimore. Photo by Bill Bangham.

IMB President Tom Elliff challenged the missionaries to spread the Gospel with urgency. He shared his experience with a young man who once asked him about God. Feeling exhausted at the time, Elliff agreed to meet him at a later date. Sadly, the man committed suicide before Elliff had the opportunity to share the Gospel.

“That event radically changed my life,” Elliff said. He encouraged the missionaries to follow the Apostle Paul’s admonition in Colossians 4:17, “Take heed to the ministry which you have received in the Lord, that you may fulfill it.”

Pointing to Acts 18, NAMB President Kevin Ezell encouraged the missionaries and their families not to be afraid of the mission assignments.

“It’s a lot easier to talk about missions to your kids at VBS than it is at a commissioning service,” he acknowledged, noting God’s presence, protection and perspective would provide for each of them.

The last joint commissioning service between IMB and NAMB is believed to have been conducted 25 years ago, said Lee, who organized the event as a prelude to this year’s WMU annual meeting and missions celebration. The event marks the culmination of a yearlong celebration of WMU’s 125th anniversary.