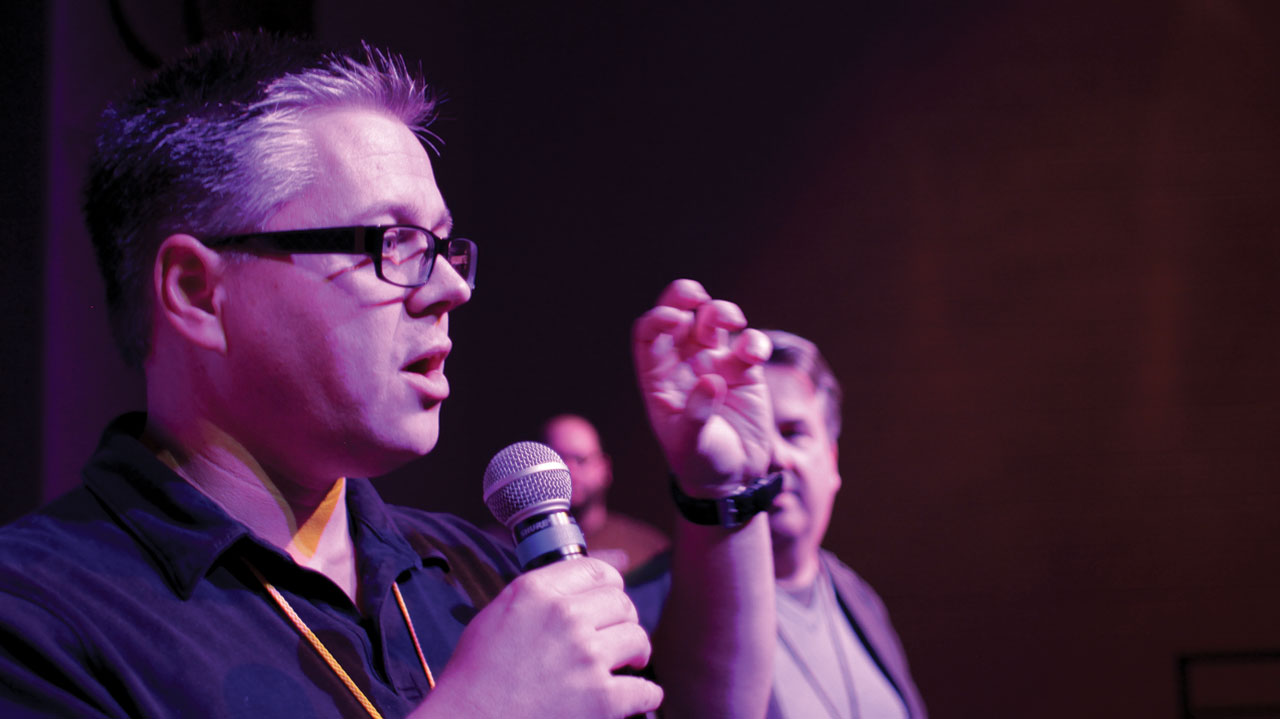 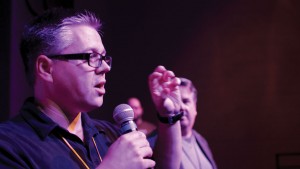 Steven Earp, pastor and executive producer of “Where Was God?” speaks during a film festival (Photo: Critical Mass Productions, LLC)

It has been one year since the premiere of the documentary “Where Was God?” at the Moore Warren Theatre May 16, 2014. The award-winning film, which featured the Baptist General of Oklahoma’s disaster relief director Sam Porter, continues to make an impact.

The documentary that follows the lives of several families and individuals who were impacted by the May 20, 2013 tornado that struck the Plaza Towers Elementary School in Moore, has been shown in 12 states, won best documentary awards in film festivals and will be released online and on DVD in stores nationally June 2.

“We began this project intending to minister to the people of Moore and to give their stories a voice to impact lives all over the world,” he said. “As the film’s release expanded beyond the city, we have seen God do exactly that. We are very excited and anticipating God will continue to use it now that it will be available online and on DVD.”

The film was entered into several film festivals. Production representative Ricky Pope said the film was well received. “We actually did a little better in the secular festivals, ironically,” Pope admitted. “It speaks to the openness of the film community to the message and the quality of the production.” 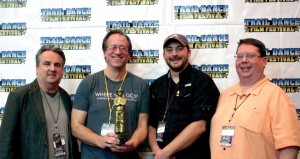 Director Travis Palmer and producers accepted the awards on behalf of the film’s cast who shared their stories.

“God doesn’t care about these temporal awards that men bestow upon one another,” Palmer stressed. “His win is in our faithfulness to share the Gospel message. The awards opened doors for His light to flood through.”

Producer Chris Forbes said the film’s success has been the result of the efforts of a lot of people.

“We are a grassroots independent production, so we don’t have a huge advertising budget. Our screenings have been the result of our supporters’ efforts to bring the message to their communities,” he said.

One unexpected outcome of the film affected executive producer and pastor Steven Earp of Moore.

“Prior to the tornado, I had a low view of denominations. But when I saw the yellow shirts of Baptist disaster relief volunteers running chainsaws, making thousands of meals, clearing more than 7,000 residential lots, giving more than 70 refurbished mobile homes to people with no expectations, just sacrifice and service, it changed my heart,” he said.

“Where Was God?” will be available June 2 at Walmart, Target, Amazon, Christian bookstores and other establishments and through the film’s website. A companion book, Storms of Life: Learning to Trust God Again by Earp also is available, along with church screening information at WhereWasGod.com.