Women ‘All In’ for God 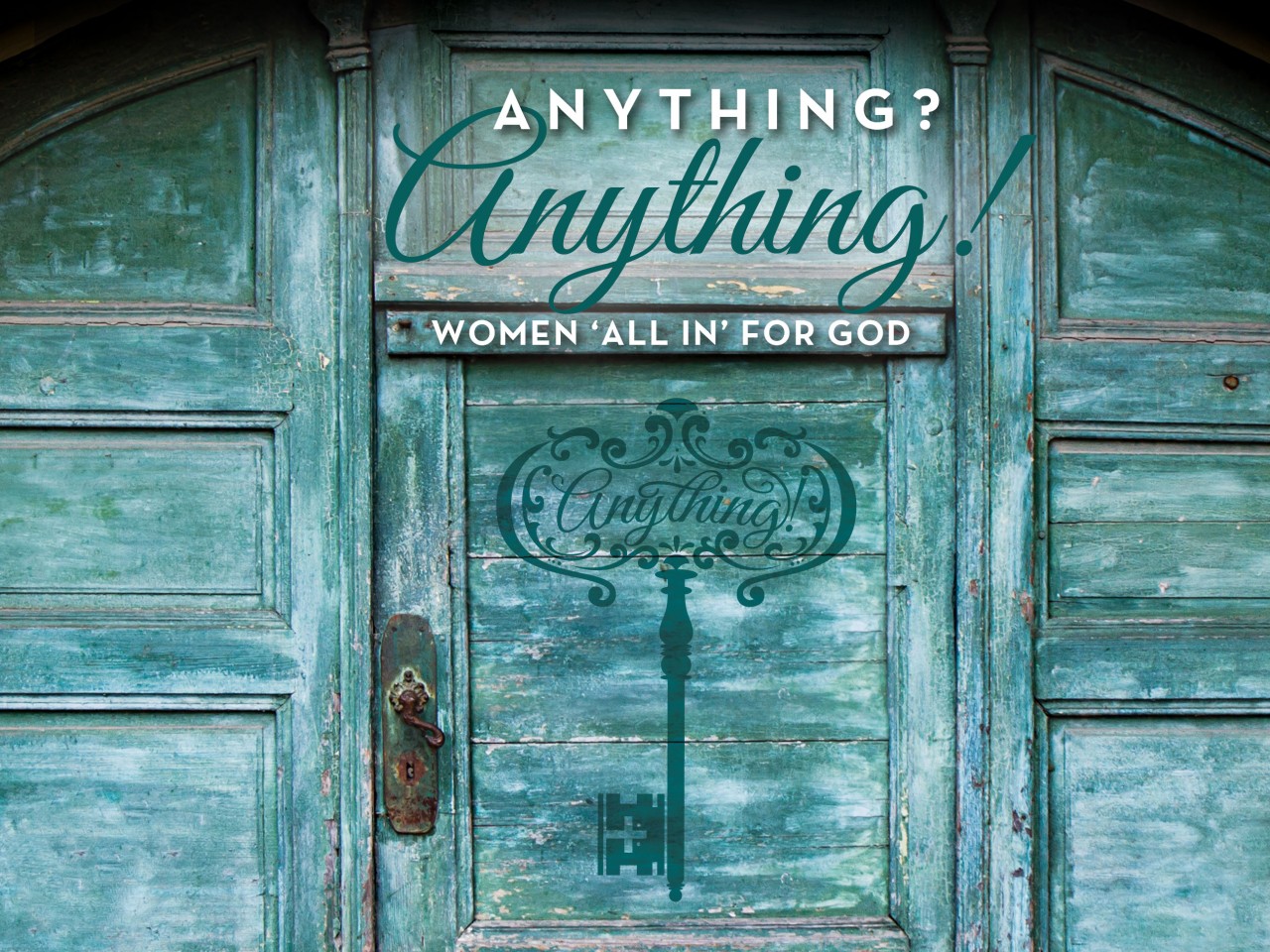 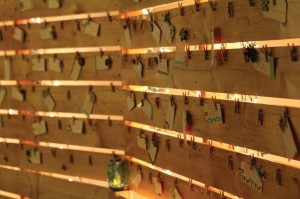 Hundreds of women visited the prayer room to pray and hang up their prayers.

DAVIS—Women from multiple states went into the 2014 Women’s Retreat with the hope of inspiration and female bonding time; instead they were challenged and convicted to go ‘All In’ for God.

Keynote speakers Mary Kassian and Jennie Allen brought discussion of topics such as what does it mean to be a biblical woman? And do you treasure Jesus above all else? 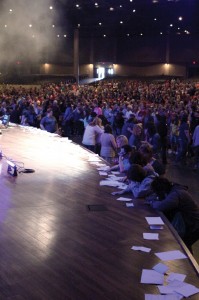 During the last session, women wrote down and brought to the altar what they were leaving behind.

The ladies attending had the opportunity to view the largest advance screening of the movie Moms’ Night Out, a comedy in theaters May 9.  Many women were so honored that the women’s retreat was chosen for this opportunity.  King said “we wanted to surprise our ladies throughout the retreat.  This movie provided a chance for women to sit back and laugh, which is much needed in many of our lives.”

Kassian shared from Matt. 13:44-46. She empowered women to realize “the value of God’s Kingdom is everything. God’s anything is worth absolutely everything.”

Women were encouraged to give up ‘lesser joys’ for the extreme treasure of God. Kassian then concluded with the question “what is keeping you from grabbing a hold of God’s best?” 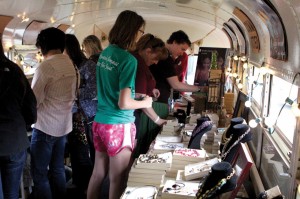 Fair trade crafts were offered to help victims of human trafficking through the Change the World bus.

For the past four years, the BGCO Women’s office has partnered with national WMU’s critical issue on Human Exploitation. This year’s offering focused on the international crisis of sex trafficking.   The women attending the Friday night general session had the opportunity to skype with ‘B’*, a missionary in East Asia. She shared her heart for reaching out to the women in brothels and sharing the love of Christ with them.

‘B’ has opened a bakery for the former prostitutes to work in, but continues to have safe house, outreach and bakery needs. The women at the retreat gave more than $20,043 towards ‘B’s’ ministry. This willingness to give makes it the largest offering ever at a BGCO women’s retreat. When ‘B’ found out about the generosity, her response was “just amazing!!!! How do I say thank you? Oklahoma ladies are awesome!” 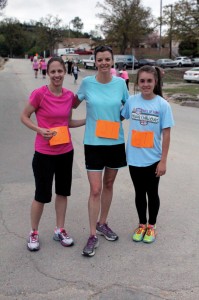 The top three finishers of the 2014 Women’s Retreat 5K are pictured, including a new retreat record set by 13-year-old Madalyn Harper, right, with a time of 23:18.

Keynote speaker Allen asked in the Saturday general session “What is holding you back from going ‘All In’ for God?” She asked the women to shout out their response to that question and received “fear, control, rejection, abandonment, myself, anger, pride, and shame,” among others.

Allen then challenged the women to write down what they are leaving behind.  Women wrote “fear of not having a stable income and the extra comforts,“ “I am going to leave the thoughts that I am not good enough behind,” “addiction,” “my fear of rejection and of standing out” and many other deeply personal things.

The women were then challenged to write down what they were moving towards.  Over and over again the women attending wrote that they were going to live ‘All In’ for God, running the race He had set before them.

Worship was led by Cody Dunbar, worship leader at Bethany, Council Road. During the opening session, the women were treated to a song that Dunbar wrote specifically for the retreat. As they left the final general session, women received a free download of the song, I Surrender.

During the final moments of the retreat, King excitedly announced the 2015 keynote speakers will be Lisa Bevere and Rebekah Lyons and the worship leader will be Marcy Priest.

The general sessions are available for viewing at www.bgcowomen.org.