WEEK OF PRAYER: Pakistani Christians thank pioneer missionaries for bringing them the Gospel 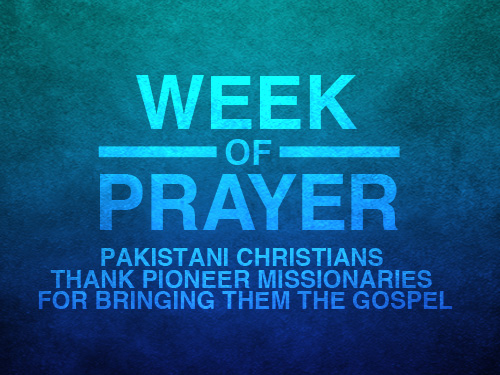 EDITOR’S NOTE: Karachi is featured in the Week of Prayer for International Missions: Dec. 4-11.

KARACHI, Pakistan (BP)—Aadam Channar* was only a young boy quietly listening in the shadows when Baptist missionary Hu Addleton first brought the Gospel to his Hindu tribal village in the Sindh province of Pakistan.

“They stayed all night with us. The whole night they shared  . . . telling about Jesus Christ, why He came, what He had done for us,” Channar recounted. “The next day, my father said, ‘I want to accept Jesus Christ,’ so Mr. Addleton baptized him.”

The urgent invitation to visit the Marwari village came just after Addleton, with the help of his wife, Bettie, had overcome a struggle to not give up and return to the States.

“There were only two or three that I’d baptized after four years,” Hu Addleton said. “I got so discouraged. I got malaria and got hepatitis and I got depressed, and I said to Bettie, ‘We’re going home!’ So we went to Karachi to make our plans to go home. Then she said, ‘You go. I’m not going. I’m gonna stay here.’ And so we didn’t go home.”

“Karachi is the largest city in Pakistan,” Hu Addleton said. “When we arrived there in 1956, it was a million population. Now it’s 17 to 18 million. It is a picture of the whole country, because you have every ethnic group living in Karachi.”

Jamin Thomas* was born in Karachi and raised in a Catholic family here, but he did not have a personal relationship with Jesus. He met Hu and Bettie Addleton when he interviewed for a job running errands for a church that the Addletons founded.

“I was thinking that this was just a job. Someone like me, who came from a private, secular circle, had all kinds of attitude,” Thomas said. “They always responded back to me in love. They not only showed me love through their actions but through Scripture also. By going every Sunday to church, I started hearing the sermons, which were totally different.”

Thomas eventually accepted Jesus as his Savior and has since helped lead his own father to the Lord as well as his wife, his son and several other family members. Thomas now shepherds two house churches in Karachi that reach out to families of all religious backgrounds.

“I love Karachi. Karachi is a place where mixed people are,” Thomas said. “This is the real heart of Pakistan.”

Channar came to Karachi, at God’s command, to serve as a Christian evangelist.

“I heard Karachi is our country’s biggest city, and no one is reaching Sindh peoples here; so God gave me this vision: ‘Go to Karachi. Leave your home, area, village.’ So God sent me here,” Channar said. “That’s why I am in Karachi.”

Hu and Bettie Addleton retired from the IMB (International Mission Board) in 1994 and now live in Macon, Ga., but conversations they have, prayer requests they share, meals they serve and even the décor of their home give evidence that the peoples of Pakistan remain embedded on their hearts. Reports about how the Lord continues the work through Pakistani believers like Channar and Thomas absolutely delight them.

“It is so encouraging to think how far it’s come from when we went there to now,” Bettie Addleton said. “It seems that the door is wide open like we never dreamed it to be open—the house churches, people meeting and praying and, you know, having wonderful work that the Lord is doing.”

The Addletons encourage Southern Baptists to continue giving through the Cooperative Program and the Lottie Moon Christmas Offering for International Missions.

“Continue to spread the Gospel among the Muslim people and the tribal people in the province of Sindh,” Hu Addleton said. “I thought with the suffering that the church in Pakistan is experiencing that it would die out, but the suffering has brought those Christians alive, spiritually, and we ought to continue to pray for them and to challenge people to go.”

Thomas, who has received training through Southern Baptist giving and teaching, is grateful for the Addletons and other Southern Baptists who have come to Karachi in obedience to the Lord.

“It was all God’s plan,” Thomas said. “The way Pastor Hu and Bettie worked in my life, I will never forget.”

Channar’s heart overflows as well. Hu Addleton led Channar’s father to the Lord in the 1960s. Years later, Addleton discipled Channar when Channar asked to be baptized. In 2010, Channar’s 17-year-old son decided to follow Jesus, taking the legacy to a third generation.

“They brought the Gospel for our people,” Channar said, “and we are thankful to God.”

Southern Baptists’ gifts to the Lottie Moon Christmas Offering and the Cooperative Program help Southern Baptist missionaries around the world share the Gospel. Give to the offering through your local Southern Baptist church or online at www.bgco.org where you can also order materials. In addition, the BGCO has a designated telephone that receives messages for offerings at 405/942-3000, ext. 4335.