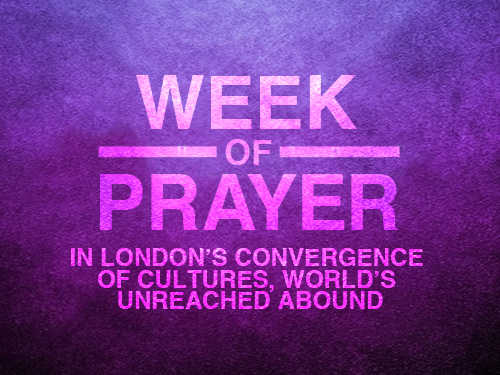 EDITOR’S NOTE: This year’s Week of Prayer for International Missions in the Southern Baptist Convention is Dec. 4-11 with the theme of “His heart, His hands, His voice—I am Southern Baptist missions” from Acts 1:8. Each year’s Lottie Moon Christmas Offering supplements Cooperative Program giving to support Southern Baptists’ 5,000 international missionaries’ initiatives in sharing the Gospel. This year’s offering goal is $175 million. To find resources about the offering, go to imb.org/offering.

LONDON (BP)—Descend into the extensive London underground transport system, and only station names on tiled walls tell what lies above ground.

Signs for “Victoria” and “Waterloo” signal bustling railway stations above. Climb the steps from the Oxford and Piccadilly Circus underground stations to reach premier shopping districts. The Green Park station exit leads to a walk through tree-lined park paths to the ornate gates of Buckingham Palace.

Passengers squeezing onto the crowded trains also hint at what lies above; they vary according to the neighborhoods and boroughs that the trains speed through.

Well-tailored businessmen reading the Financial Times appear in lines snaking through the business district or near Canary Wharf. Ride the District line to the Embankment stop, and tourists fill the car, clutching maps and guidebooks, ready for their first glimpses of Big Ben. Head toward East London, and the passenger balance shifts to Muslim women wearing hijabs and men, many bearded, wearing skull caps. Ride the underground tracks westward on the Central line, and South Asians may predominate as the line heads toward “Little India.”

Pockets of unreached peoples in urban environments like London bring unique challenges to missionaries as they look for ways to build relationships and effectively share the Gospel. London, Europe’s largest urban zone, demonstrates the reality that more than 50 percent of the world’s population now live in urban centers like this centuries-old city. The London-based National Centre for Languages estimates that schoolchildren in London speak more than 200 languages.

For Tony Collins*, an IMB (International Mission Board) worker, moving to London became a strategic decision when he and his wife Christine* discovered they could not return to Central Asia. They had served there for six years, learning the language and living among the people to whom God had called them to share the Good News. But medical issues with one of their children forced them to move.

Tony and Christine prayed about five different cities that had significant populations of their people group. They visited the strongest contenders, which included Moscow, Athens and London.

London best fit what they were looking for. Here they can connect with their people group by working in the communities where Central Asians live, by visiting local holding facilities for Central Asian refugees and by providing language help to immigrants learning to operate in an English-speaking environment.

With London’s urban zone of nearly 12 million, it’s this convergence of cultures, peoples and religions from all over the world that makes London the mission field it is today.

“What I’ve learned is, if  you get to know five Central Asians, and you really get to know them well and their families, you don’t really need to (seek out) more,” Tony says. Because Central Asians are such relational people, once there is a foundation of trust and understanding in a relationship, the connections go deep, he explains. “Then you get connected with all their relatives, all their friends. It really travels fast.”

*Names changed. Elaine Gaston is a freelancer who writes about people groups in Central Asia and North Africa for IMB. Learn more about London at wmu.com/London. The city is the focus of the International Mission Study 2011 by Woman’s Missionary Union.