To Russia with love: Singing Churchmen prepare to ‘Enage Sochi’ 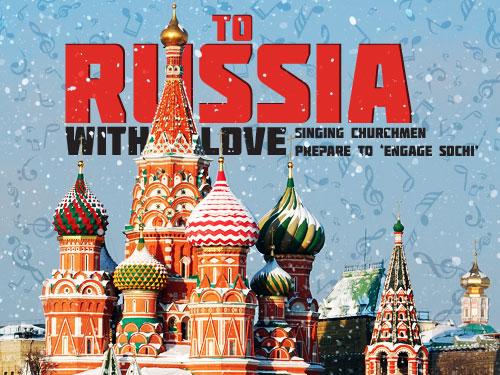 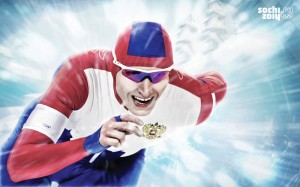 Official promotional image of the 2014 Olympics in Sochi, Russia

The Singing Churchmen of Oklahoma (SCM) will be “Using Music to Reach Out to the World at the 2014 Winter Olympics.”

The well-known singing group has been invited to participate as an outreach group in an Olympic evangelism and church planting project known as “Engage Sochi” by the International Mission Board (IMB) of the Southern Baptist Convention. They will travel to Moscow and Sochi, Russia, Feb. 4-14, 2014.

The group is led by Baptist General Convention of Oklahoma worship and music ministries specialist Randy Lind. While in Russia, the SCM’s ministry and performance opportunities will include: 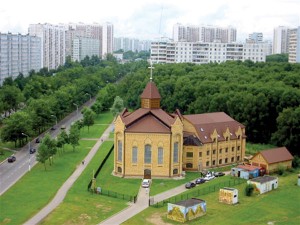 Golgotha Baptist Church in Moscow, where the Singing Churchmen will present a concert on Feb. 6, 2014

“I am very excited at the Singing Churchmen of Oklahoma’s interest in participating alongside the IMB with our evangelism and church planting project—Engage Sochi,” said Marc Ira Hooks, Olympic event coordinator and co-director of Engage Sochi. “I believe this will be a wonderful addition to our outreach and evangelism efforts during the 2014 Winter Olympic Games in Sochi, Russia.”

The trip will be conducted in partnership with Harmony International of Atlanta, Ga.

The tentative schedule calls for the SCM to spend three days in Moscow, where they will enjoy a city tour, including a full Kremlin tour, Red Square, Cathedral of Christ the Savior, St. Basil’s Cathedral and more.

On Feb. 6, the group will gather at Golgotha Baptist Church, where they will have a full day of small-group teaching interaction with church music students of the Logos Christian Center and Institute for Sacred Music. There will be an afternoon rehearsal to prepare for an evening concert at Golgotha Baptist Church with the famed Logos Choir of Moscow led by Kirill Goncharenko.

Teaching and interaction with the music students of Logos Christian Center and Institute for Sacred Music will continue at Golgotha Baptist Church on Feb. 7. 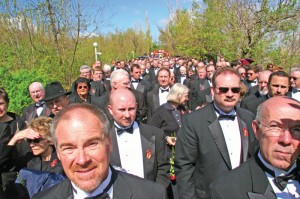 The SCM march to the Genocide Memorial on their trip to Armenia in 2009.

After singing in the morning worship services at local churches Sunday morning, Feb. 8, the SCM will fly to Sochi. There, they will have a brief overview tour of Sochi and surrounding areas related to the Olympic sites. The time will include prayer-walking, meeting IMB personnel and orientation.

Beginning on Mon., Feb. 9, the group will be divided into three cluster teams: Sochi Cluster Team, Olympic Village Cluster Team and Mountain Cluster Team. Each team will operate autonomously within their assigned area to minister to crowds of people where they find them; they may be waiting in line to attend an event or eat lunch or congregating in public areas such as squares, boardwalks, train stations, etc.

Teams will rotate between different cluster points, and each team will use a cappella singing to draw crowds, while other team members are conducting Olympic pin ministry and collecting information with the crowd for the IMB church planters and to point people to a possible SCM concert on Thursday night at the beautiful Winter Theatre. This pattern of ministry will be used Mon.-Thurs.