The Gospel, Sexuality & the Church 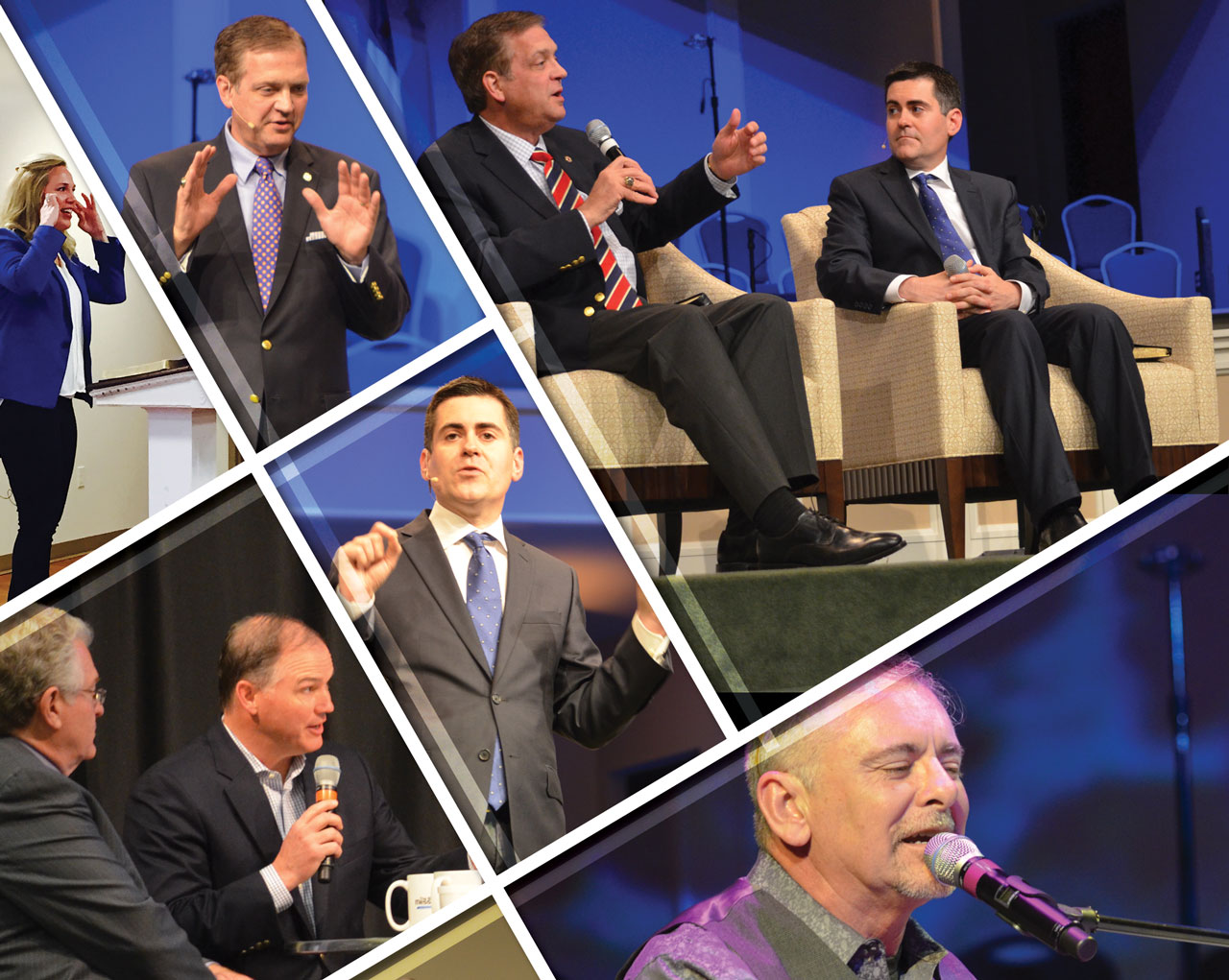 A cup filled to the brim and running over would be an apt way to describe the  results of the Baptist General Convention of Oklahoma’s (BGCO) “The Gospel, Sexuality and the Church” conference held March 9-10 at Oklahoma City, Quail Springs.

Nearly 600 registered for the event from more than 275 churches across the state and walked away feeling “blessed, challenged and equipped.”

Presented as an event for “Equipping the Church to Respond to Sexual Issues with Convictional Kindness,” it included sermons by two of the Southern Baptist Convention’s (SBC) more recognizable experts on social issues, Russell D. Moore, president of the SBC’s Ethics & Religious Liberty Commission, and R. Albert Mohler Jr., president of Southern Seminary.

Speaking Monday evening from the Gospel of John, Chapter 4, Moore said   “We have become accustomed to engaging a ‘Nicodemus Culture,’ a culture of people who come, as Nicodemus did, who are worried about maintaining their status in the world around them.”

Nicodemus came at night, under cover of darkness.

“They’re worried about keeping a veneer of superficial religion. And, so they come and ask us questions in a safe way,” Moore explained.

But, Moore pointed out, that immediately after encountering Nicodemus, Jesus encountered the Samaritan woman at the well—in the daylight, no less.

“And how are we, as the church, and how are we as the people of God to engage a culture like that, a culture that may not even know the questions to ask, and that certainly will be offended by the answers that are given?

“Well, we have to follow the model of our Lord, Jesus, Himself.”

Moore said verse 16 is “absolutely critical,” in that Jesus tells the woman to go get her husband, exposing where there needs to be repentance in her life.

Mohler concluded the conference speaking from Romans 1, and said he was glad to end the event by focusing “on what God has said.” He began thanking the BGCO and others for planning the conference and understanding how valuable such a conference is needed.

“I’m thrilled to be here with Oklahoma Baptists,” said Mohler. “I’m so thankful for the work of your state convention, for the work of the churches here in Oklahoma. If I had the opportunity to choose where to grow up as a boy in Baptist life, it would be right here.”

Signifying how important it was to have this conference, Mohler acknowledged the many who were in attendance and that the content of what the conference was addressing drew so many people from across the state.

“These issues are big,” he said. “They are as big as you feel them to be. This is not an illusion. This is not a misconception that we are dealing with some of the most fundamental issues that the Church has ever had to confront. But as we already said, this isn’t entirely new. Just because they are big and they seem new to us, these are not issues that are new in terms of the Christian Church and certainly in terms of the Gospel.”

Addressing why and how American society is now experiencing such issues as same-sex marriage, Mohler referenced Theo Hobson, a British theologian who defined what a moral revolution looks like with a three-step criteria: 1. That which was condemned is celebrated; 2. That which was celebrated is condemned; 3. Those who will not join the celebration are condemned.

“When a society establishes its moral order, everyone is expected to get in line,” Mohler said. “Those who don’t are seen as a moral outlaw.”

Mohler emphasized the “seeds of this revolution” and their effects on marriage happened before the demand of legalizing same-sex marriage, but when “heterosexuals made a complete mess out of marriage by trivializing marriage, marginalizing marriage, redefining marriage. The most important way that marriage has been redefined in the last century is not terms of gender, but in terms of duration . . . Far more children will be impacted as a direct result of divorce than by same-sex marriage.”

On Tuesday morning, the event featured a breakfast designed for senior pastors only. Moore was joined by Hance Dilbeck, Oklahoma City, Quail Springs pastor, who is serving as BGCO president, and Anthony L. Jordan, BGCO executive director-treasurer, for a session called “Questions, Ethics & the Local Church: Tackling the Most Difficult Questions that Arise in Ministry with Convictional Kindness.”

On issues ranging from how to minister to transgendered persons to ways to counsel married couples facing infertility, more than 200 pastors attended.

Also on Tuesday morning, singer and songwriter Dennis Jernigan shared his personal testimony of how Christ brought him out of same-sex attraction and homosexuality. Leading in times of musical worship throughout the event, Jernigan played many of his popular songs, including “You are my all in all.”

Scott Watkins, pastor of Kingfisher, First, said on Twitter, “Love Dennis Jernigan music. Such a love for the Lord.”

Breakout session topics included “What to do when a loved one says ‘I’m Gay’”; “Leading Students: Biblical Responses to Sexual Identity Questions”;  and “Navigating the Legal Issues Surrounding Same-Sex Marriage and Other Issues.”

The conference met and exceeded the expectations of many who attended, including pastors who attended.

Nick Garland, pastor of Broken Arrow, First, said, “The panel Q&A sessions helped to flesh out the topics in a marvelous way and the breakout sessions were icing on the cake.”

Matt Moseley, student minister at Tecumseh, Sharon, said of the event, “I’ve loved how the primary ‘strategy’ put forth at this conference has simply been the Gospel.”

In closing comments made at the event, Jordan said:

“You will want to go home and download from the our website what you have heard these past two days because we need to listen to it many more times to (fully) understand it. I want to understand it (too), because I want to be a person who is able to confront sin in my own life, and in the lives of others.

“What we have done during these days is a powerful thing. We have come together not to be against anyone, but to find out how we can love them in the name of Jesus and point them to a freedom that comes by the Gospel. I really think that a lot of people on the outside who have heard about this meeting if they would have come and listened—in fact, I was thinking last night, I wish every homosexual in Oklahoma City was here—would understand we’re not meeting to try to figure out how we can ‘get’ them or beat them down, or beat them back, we’re meeting to try to figure out how in the world can we love people, no matter who they are.

“And we have received a lot of good information, theological teaching, practical information that we can take back to our churches. I want to challenge you in this way: we need one another, don’t we? Don’t go home and hide among yourselves and try to figure out how to do all this stuff. Work with one another; we’ll (BGCO) help you in any way we can. We’re not experts; that’s not our position, we’ll just come alongside and try to help you. We’ll help in any way we can to help your church be on mission for Christ and be all that you need to be in your community.”

The BGCO will offer video recordings of the conference for viewing or downloading in the coming weeks at www.bgco.org.