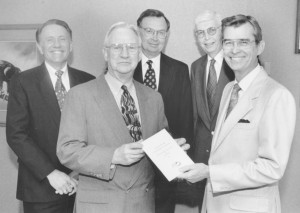 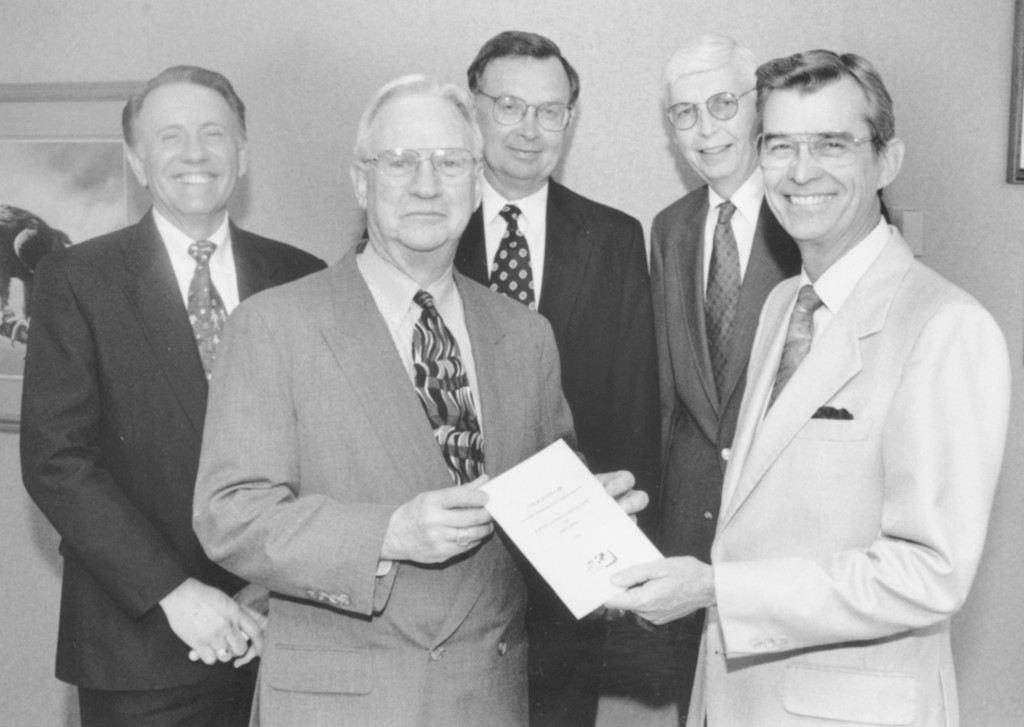 Former colleagues and co-workers remembered William G. Tanner, Sr. as a man of character, faith and compassion upon hearing that the former executive director-treasurer of the Baptist General Convention of Oklahoma had died June 10.

“Southern Baptists in Oklahoma and across our nation have lost a great leader and friend in the death of Dr. Tanner. While many will remember him for his skills as a pastor, preacher, college president and executive of the Home Mission Board and the BGCO, I will remember him as mentor and cherished friend,” said BGCO Executive Director-Treasurer Anthony L. Jordan. “He treated me as a son in the faith, and freely shared his wisdom and insights with me. He had a quick mind and winsome sense of humor. Dr. Tanner could have been named Barnabas. He was an encourager. He always made one feel 10 feet taller than he really was. He and Miss Ellen are genuinely some of the finest Christian people I have ever known. I know Oklahoma Baptists join my wife, Polla, and me in expressing our deepest sympathy and heartfelt prayers for Miss Ellen and the Tanner family. We extend our love to them and join them in grieving our loss and Heaven’s gain.”

“I have personally missed him from our Oklahoma Baptist scene,” said BGCO Historical Secretary Emeritus J.M. Gaskin. “I have always been so grateful for his leadership when in moving the Oklahoma Baptist Collection from OBU to the Baptist Building, he recommended it be named ‘The J. M. Gaskin Baptist Historical Library and Archives,’ which was approved by the Board of Directors.”

“Dr. Tanner was faced with the most extensive and intensive set of problems (not of his making) almost from the very beginning of his administration. The Cooperative Program split had been increased to 50 percent Oklahoma/50 percent SBC at a time when receipts had dropped below budget,” said Marlin Hawkins, who served as BGCO controller under Tanner and now is the convention’s historical secretary. “He was forced to ask the Board of Directors to adjust it to 56 percent Oklahoma, 44 percent SBC. I watched him step up to the plate and make the hard decisions.

“Dr. Tanner had a great sense of humor. He loved funny stories and was a champ at relating them. In speaking, either planned or extemporaneously, he was excellent. The Bible says, ‘A merry heart doeth good like a medicine.’ Dr. Tanner was a refreshing dose of unequaled leadership and unpretentious good humor. In addition to solving problems and handling day-to-day administrative functions, he maintained total credibility by keeping his constituency and his employees appropriately informed.”

“My first reaction upon hearing of Dr. Tanner’s death was ‘the world has lost a good man today,’ said Robert Haskins, retired BGCO senior associate executive director. “I first met Dr. Tanner in 1972 when he became president of Oklahoma Baptist University. I related more closely to him when he became president of the Home Mission Board in January of 1977 as I served as director of cooperative missions for the BGCO. Upon the retirement of Lyle Garlow, he asked me to become his associate in January 1993.

“Working side by side with him from 1993 until his retirement on July 1, 1996, I saw him daily in the workplace. My admiration, respect, and love for him grew. He was a people person. He always had time for his friends, even if other things had to wait. When people were in his office, he treated them as if they were the most important people in the world. He loved the churches, pastors and directors of missions in this state. He was a friend to the staff in the Baptist Building. At times, he gave financial assistance out of his pocket anonymously to help someone in need.

“He was a compassionate leader. People came first. He was a great encourager. He always seemed to say the right things at the right time to bring out the best in people. He loved missionaries and wanted to see that their needs were met. One of his great administrative decisions was to put 10 percent into the missionaries’ retirement, just like the Baptist Building staff. This had not been done before. He was first and foremost a God-called, gifted preacher. He was a man of great humor. He always had a joke or funny experience that would lift life and make you laugh. In the midst of a tense situation, he would make an observation or tell a story that would break the tension and a good laugh would relax the atmosphere.”

“I remember him as a visionary, encourager and friend,” said Clyde Cain, who served as director of ministerial services under Tanner.

“We worked to expand the Ministerial Services Office to include ministry to the hurting church and/or pastor/staff, including conflict ministry and financial assistance to the terminated pastor or staff person; enlarged work with Southwestern Seminary at the Shawnee Campus; expanded work with Annuities and the Annuity Board as well as better deacon training and assistance to churches looking for a pastor or staff person.

“His leadership brought about the new Baptist Building at 3800 N. May. I will always appreciate his vision for additional space and a better location. This came about as a result of a deteriorating old Baptist Building, where we had file cabinets in the hallways, along with many other crowded conditions. Because of lack of space in my office area, a part-time secretary placed her typewriter on a piece of half-inch plywood on a wastebasket to do her work. There was no room for a desk.

“Pastors loved him. They saw him as a preacher and loved him as a fellow preacher. Dr. Tanner was a true friend with a great sense of humor. His friendship was authentic and wholesome. He could laugh with us but could also hurt with us. The Baptist General Convention of Oklahoma is a better and stronger state convention because Dr. William G. Tanner passed this way.”

OBU President Mark A. Brister said, “OBU has lost a dear friend in Bill Tanner. He was the consummate Baptist statesman who never shied away from God’s call on his life. As a pastor, an educator, an administrator and denominational leader, Bill consistently led by example. His love for people, his humor, his wit and his example will be long remembered.”

“I worked five years for Bill Tanner as OBU’s director of public relations. He made a very significant and positive impact on the University’s work, particularly with Oklahoma Baptists,” said John W. Parrish, retired OBU executive vice president. “Enrollment grew significantly because of his efforts in recruiting students from the state’s churches. He was a friend to all of us who worked at OBU, and we greatly enjoyed watching his family grow up on Bison Hill. I was privileged to continue my friendship with the Tanners through the years and am saddened that we have lost this good man and outstanding Baptist leader.”