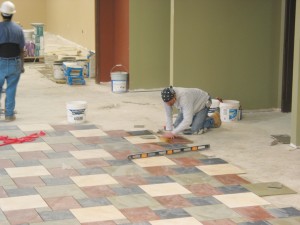 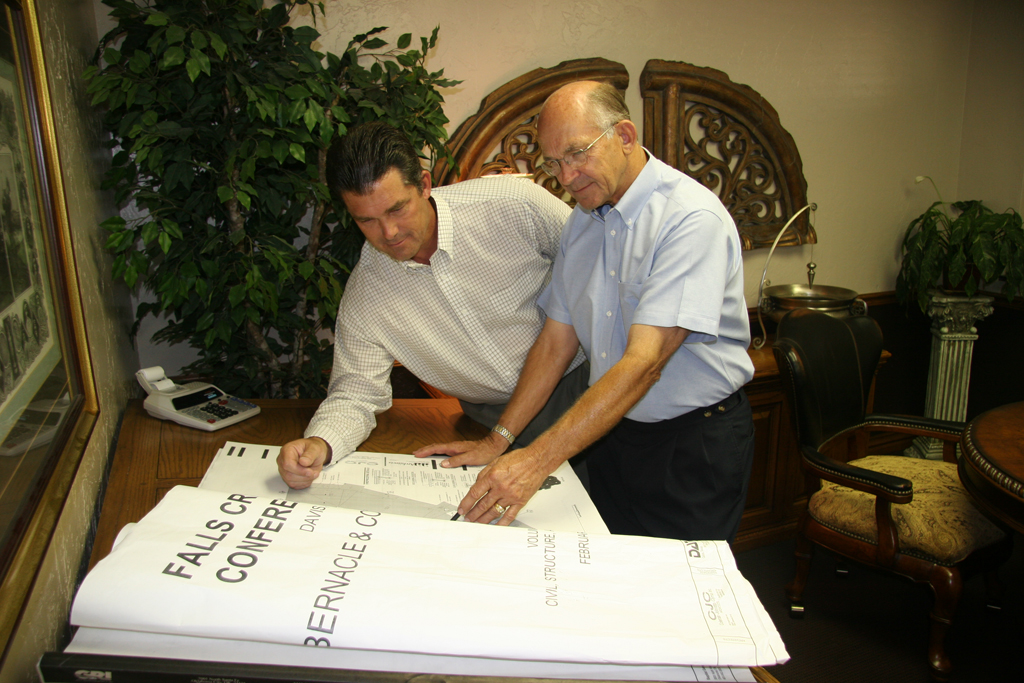 Not only are the Thompsons committed Baptists; they are committed to the future of Falls Creek.

When Wynn Construction received the bid for the tabernacle, Richard was approaching his 65th birthday and was preparing to retire. But the thought of something as big as the tabernacle kept him working just a little longer.

“To have a chance to build the tabernacle at Falls Creek was something I really looked forward to,” said Richard. “I was about at the end of my career when we started negotiating to build the tabernacle, but it was a job I wanted to finish my career with. The last thing I’ve been a part of with Wynn Construction was winning the project at Falls Creek.

Although Rick took over at Wynn about the time construction started, Richard hasn’t been a stranger at the Creek, going down several times to check on the construction. And although he had never attended a Falls Creek service before, he’s been at several the last couple of years.

Although Wynn Construction has been involved in many church projects, such as Moore, First; Edmond, First; Elk City, First; Woodward, First and remodeling at Norman, First, the 140,000 square-foot tabernacle is the largest single church project for the builders. 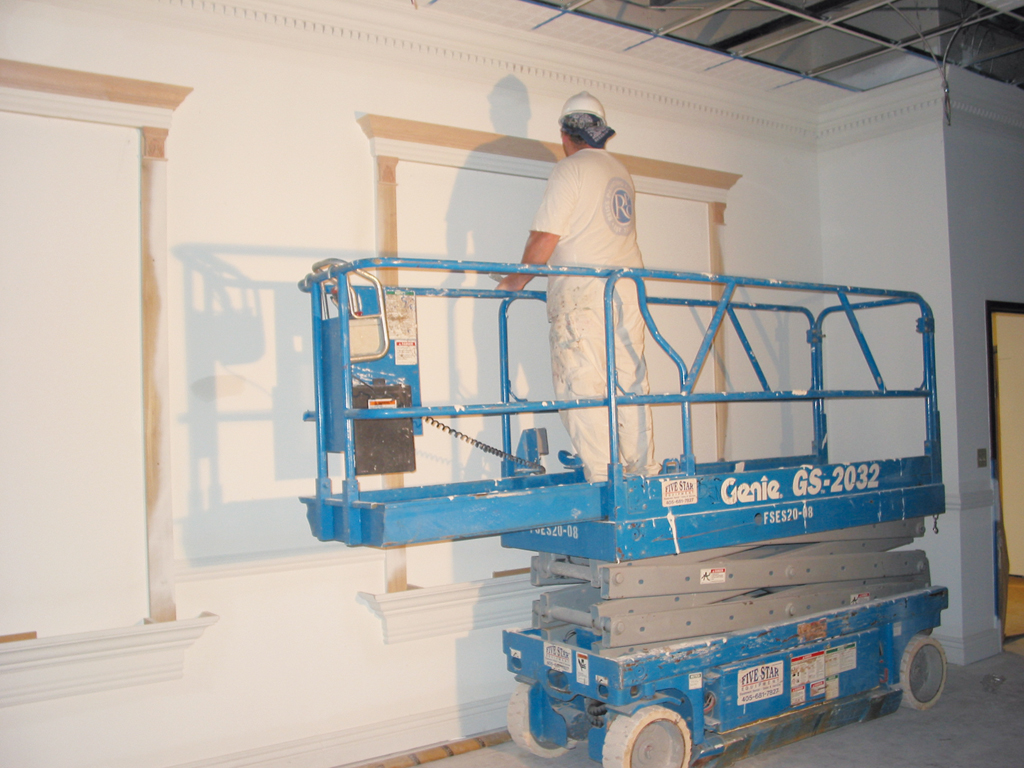 Wynn Construction was started by Richard’s wife’s grandfather in 1943. After World War II, her father joined the firm, and Richard, who married Patty a year after high school graduation, started working at the company between his junior and senior years in high school.

Richard said Wynn has completed 70-80 church projects through the years.

“Church projects have always been important to me,” he said. “It was wonderful to have a chance to be the builder of the Falls Creek tabernacle, which is the biggest, best thing Baptists have ever done.”

“We have not been disappointed,” he said. “This was a huge project, and they have given us a finished product that is beyond our expectations.”

Jordan said an added bonus has been the personal interest of the Thompson father/son team. 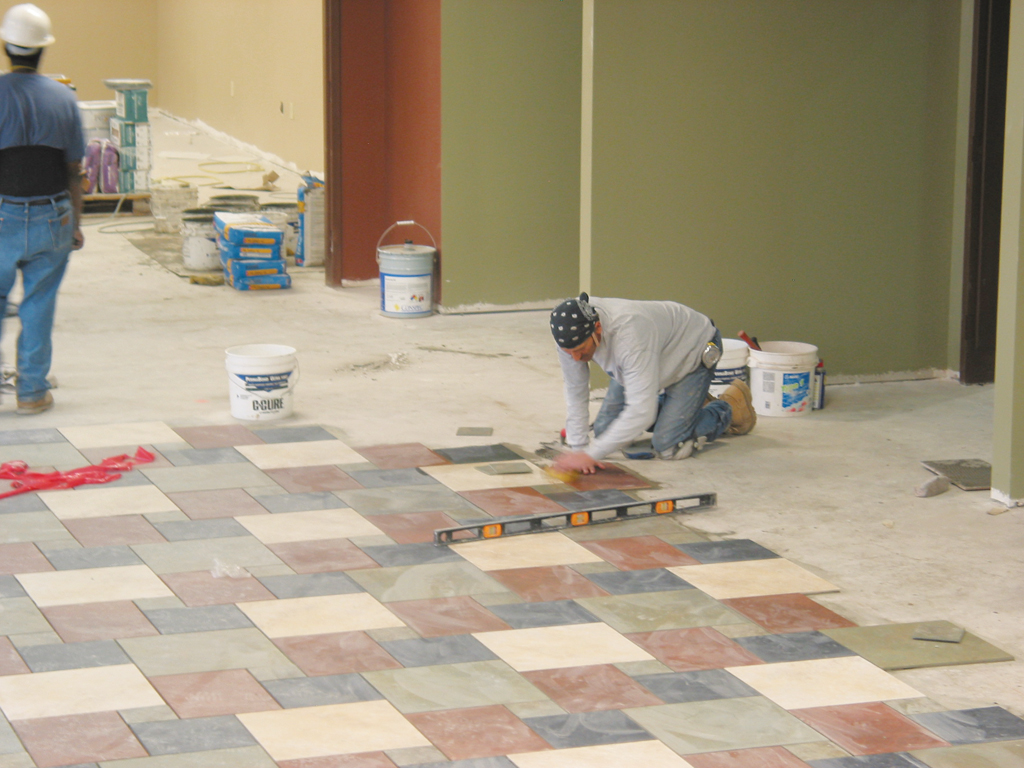 Richard and Rick are committed Christians and Baptists,” he said. “They have gone the second mile to make sure this building represents our God and His people in a marvelous way. It has been an extra-ordinary blessing to work with the Thompsons.”

Ron Fannin, BGCO senior associate executive director, who worked closely with the building project, said Richard and Rick Thompson both worked with the BGCO Falls Creek Building Committee in the beginning stages, and had a deep desire to help Oklahoma Baptists accomplish this vision and dream.

“If they had not been long-suffering, in the length of time it took us to actually begin the tabernacle, we could have had all sorts of difficulties,” Fannin said. “However, as Richard retired and Rick moved in as the president of the company, he has done everything, like his father, to save us money and to show their support to every deadline that has been set for them. I thank the Lord for Wynn Construction Company.”

It is obvious in talking to Richard and Rick that the tabernacle was more than just another building project for them.

“During the last six years of the process, I’ve been proud to be a part of what Falls Creek stands for,” said Rick, who was saved at Moore, First. “Not growing up attending Falls Creek as a youth, I never really understood the impact of the camp. But I’m excited to learn that.”

Richard, who is now a member of Oklahoma City, Southern Hills, said the first time he was on the Falls Creek grounds was when he went to a deacon retreat with Moore, First.

“I really didn’t know a lot about Falls Creek,” he admitted. “I wasn’t saved until I was 40, so I lost the experience kids have when they go to Falls Creek.”

But Richard has learned a lot in the last six years.

“There’s no place in the state of Oklahoma that touches the lives of as many people as Falls Creek does,” he said. “What happens down there in the summer is so exciting. What is so great about Falls Creek is so many people make decisions there, not only professions of faith, but they surrender to Christian work around the world. To be able to be a part of that is something special.”