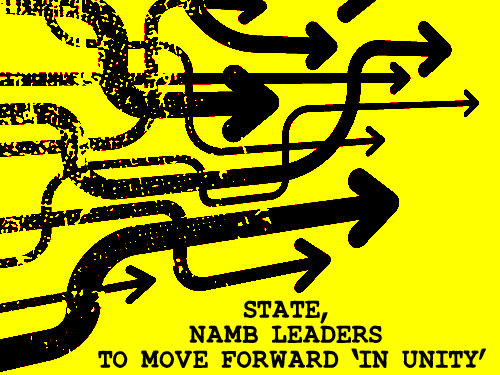 GRAPEVINE, Texas (BP)—State Baptist convention and North American Mission Board (NAMB) leaders “have determined to move forward together in unity to impact the lostness of North America,” according to a statement issued Sept. 14.

The agreement was shared during the annual NAMB-sponsored state executive directors meeting Sept. 13-14 in Grapevine, Texas.

Representatives of the state executive directors, led by David Hankins of Louisiana, met with NAMB President Kevin Ezell and other mission board execs as part of the two-day gathering near Dallas.

The session follows the creation of a special study committee in February during the Fellowship of State Executive Directors’ annual meeting in Scottsdale, Ariz. The study committee’s assignment: to evaluate relations and cooperation between state Baptist conventions and NAMB.

“I believe that state convention leaders and NAMB leadership found common ground on which to stand,” said Anthony L. Jordan, executive director-treasurer of the Baptist General Convention of Oklahoma, a member of the study committee. “All of us are passionate about reaching our states and nation with the Gospel of Christ.  We are stronger and more effective when we work together.

“Southern Baptists are at our best when we add strength to strength. When state conventions and our national agencies respect and honor one another as we seek to work side by side in serving in our churches, we have greater impact. Our commitments in Grapevine serve notice we will work together for the good of the Gospel.”

Apprehension and uncertainty have marked the relationship between NAMB and a number of state conventions as the mission board has increased funding for its Send North America church planting and evangelism strategy prioritizing Southern Baptist missions efforts on those areas of North America with the greatest spiritual lostness and the smallest number of Southern Baptist churches. The shift has reduced joint funding for staffing for longstanding missions and ministries in the states.

The full text of the three-paragraph statement by representatives of the state execs and NAMB follows:

“’It is our desire that all of us can join ranks around the task of evangelizing and congregationalizing North America,’ said Hankins. ‘Southern Baptists can have confidence in our united effort.’

“Ezell added, ‘We are excited to be moving forward together in unity for the sake of the kingdom.’”

No further details were provided.

Emil Turner, then-president of the fellowship, added at the time that “this study committee can help get beyond anecdotal reports about difficulties that new work conventions face and arrive at quantifiable conclusions. The desire is to cooperate with NAMB in a way that helps strengthen new work conventions.” New work conventions are those where Southern Baptist outreach is not as well-established as conventions in the Bible Belt.

In addition to discussing the agreement during their Sept. 13-14 meeting with NAMB leaders, the 33 state executives in attendance discussed planning related to the Send North America strategy for church planting and evangelism.