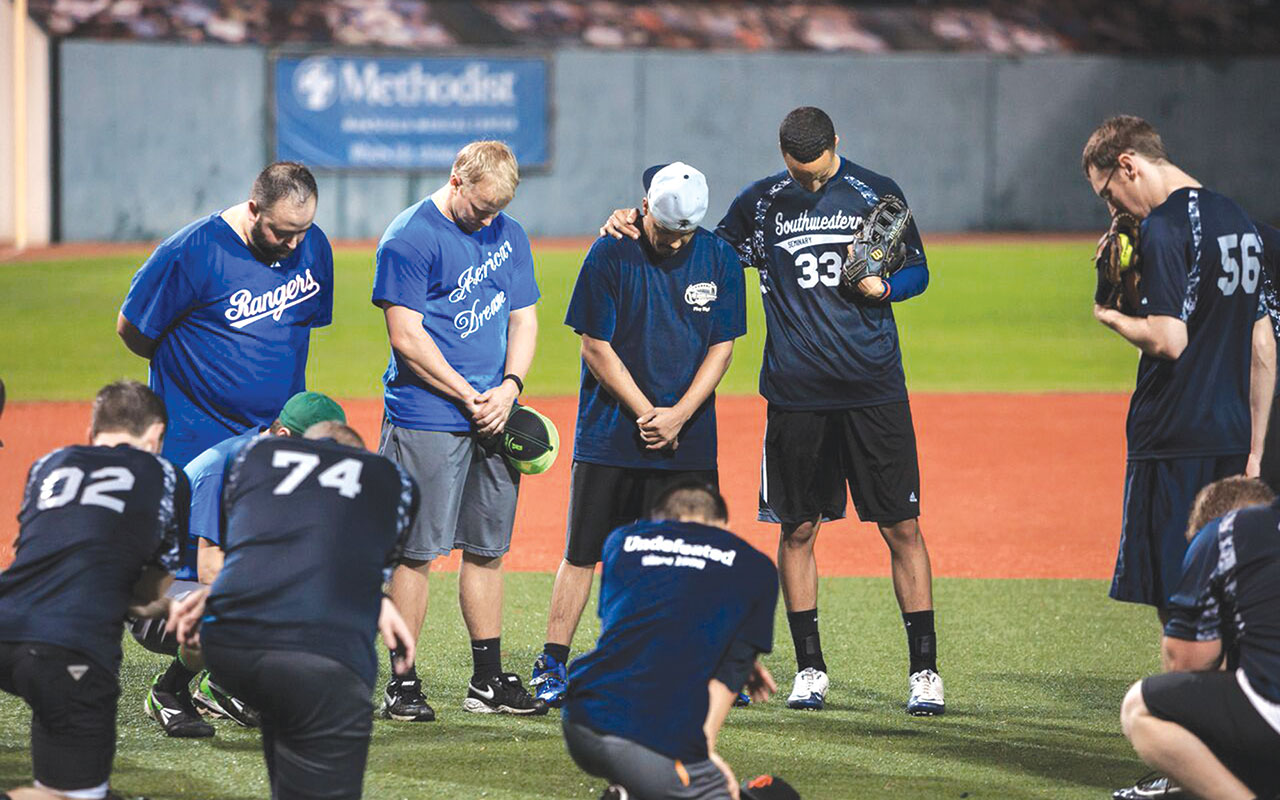 Organized by master of divinity student Andrew Wroth, the team from Southwestern Seminary in Fort Worth, Texas, tallied a 4-3-1 record in a fall league hosted by the Big League Dreams sports park in nearby Mansfield.

The weekly tournaments provided the 13-member seminary team an opportunity for building camaraderie and athletic competition, a welcome break from schoolwork, and, especially, post-game evangelistic outreach.

The team’s shortstop, master of divinity student Greg Nelson, said, “I have done many intramural programs at Southwestern, but the softball team has been my favorite for a number of reasons—the chance to show your testimony to a lost world, to share the Gospel, and the opportunity to get out of the seminary to talk to a lost person.”

After each game, the Southwestern team invited the opposing team’s players to pray with them. When the invitation was accepted, the seminarians gathered in the middle of the field and, as they introduced themselves to the other team, they shared the Good News of the death and resurrection of Jesus Christ.

“Every team obliged,” Nelson said. “Before praying, we shared that we are students at Southwestern and training for ministry, and that our passion is Jesus Christ. We shared the Gospel. Then we would ask if anyone would like to talk more, or if anyone needed prayer.”

The team plans to reassemble next season, and some students have expressed interest in forming football and soccer teams to play in local leagues as well.

“Playing on this softball team this season has been an amazing experience,” said Wroth, who served as the team’s captain. “It gave us a way, one night a week, to get away from all the reading and studying of school, and get out there and compete. It has also allowed for guys to get to know one another better by bonding over softball.

“Above all,” Wroth said, “our main reason for going out there is evangelism. We are taking the Gospel to the community through the avenue of softball.” 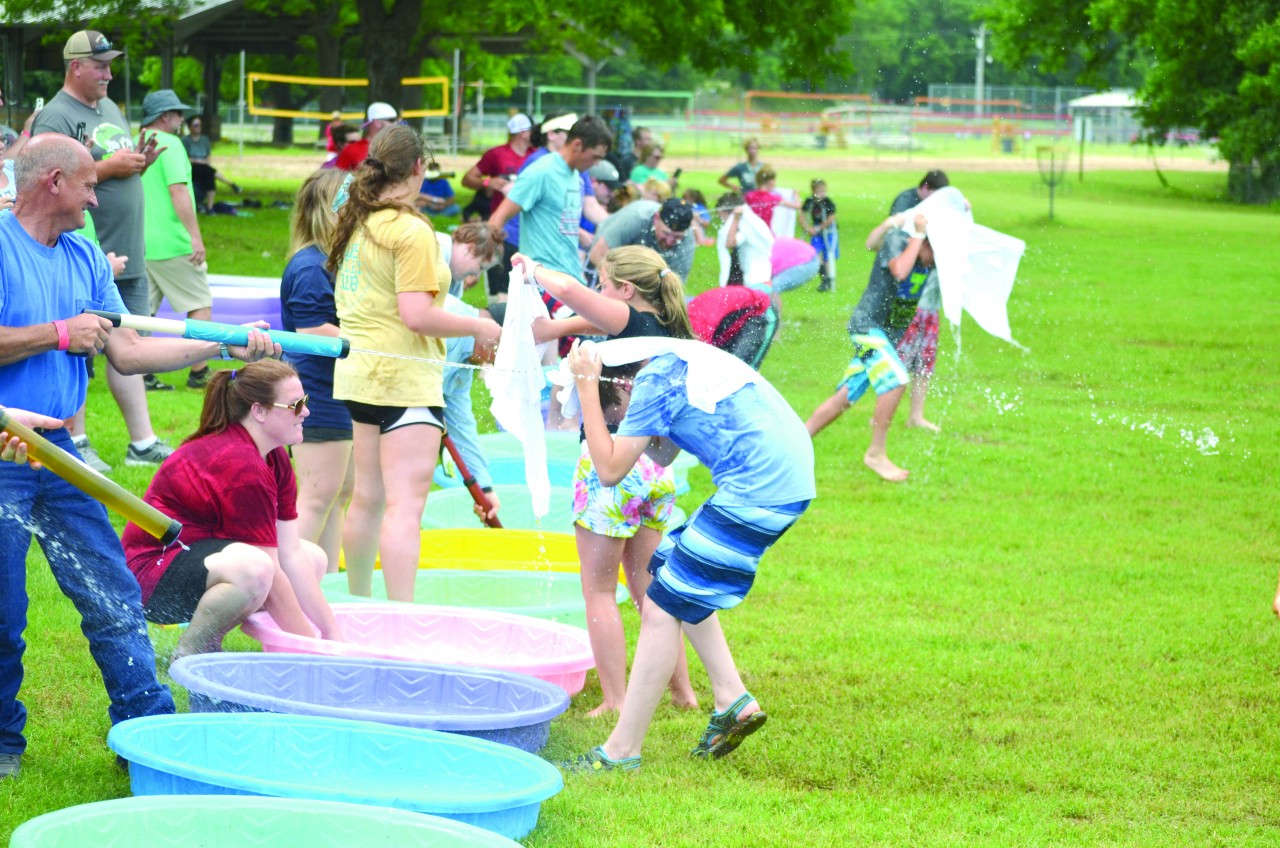 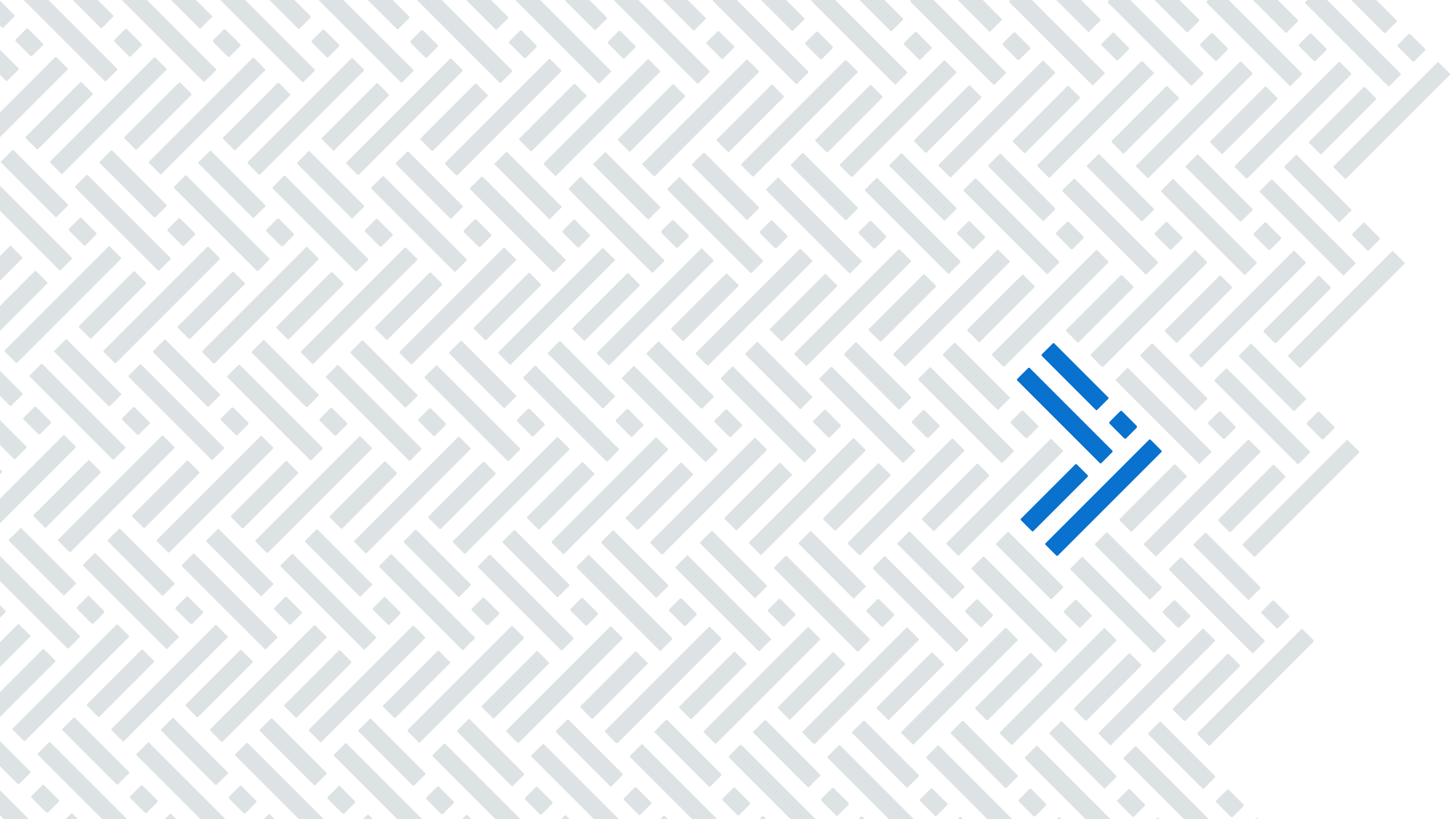