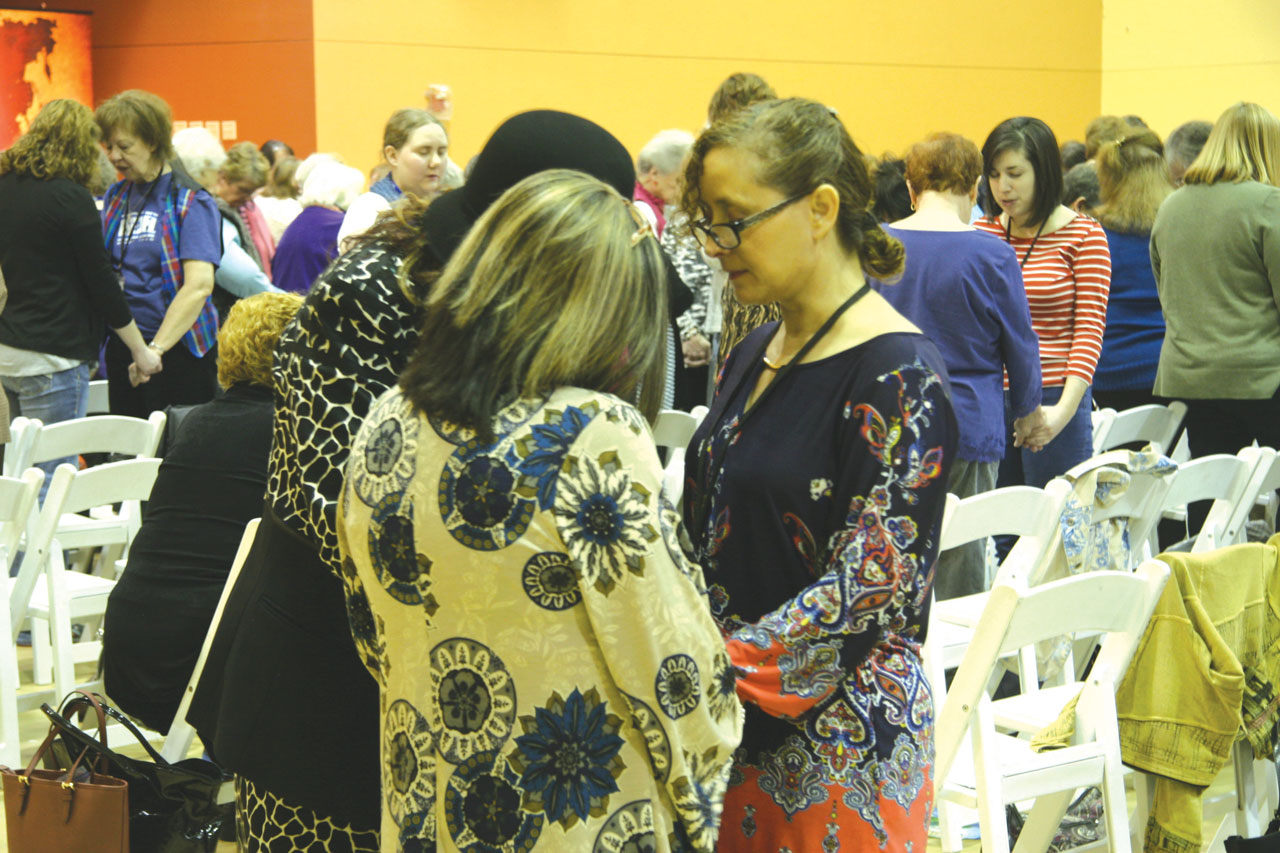 Three women that have served in Muslim countries were the guest speakers at the Women’s Session at the 2017 State Evangelism Conference.

Kate McCord, Rockie Naser and Ruth (last name cannot be revealed for safety precautions) each spoke about their experiences with Islam and how it has impacted their lives and their work for the Kingdom.

First to speak was Rockie Naser, a former Muslim and the women’s director at Broken Arrow, First. Naser shared her testimony and how she went from being a devout Muslim, to a born again Christian.

Naser came to the United States with her family as refugees when she was young. Naser went to Jordan, her home country, to complete high-school and then returned to her family in Chicago.

After several years, Naser’s Dad arranged for her to be married to her first cousin. Naser ran away from home and her arranged marriage, disgracing her family. She was forced to flee for her life when her brother began hunting her for an honor killing.

She spoke about the journey on which the Lord led her that landed her in Dallas where a friend asked Naser to join her at church. “One day the preacher started talking about missionaries that go into Muslim countries where they don’t know Jesus, and I was very offended by that,” explained Naser, “As a Muslim, I believed that Jesus wasn’t crucified but that God sent someone that looks like him to be crucified. So no crucifixion, no resurrection and no salvation.”

After that church service Naser expressed to the preacher that she was a Muslim that believed in Jesus and she wanted to talk to him about what he believes. Through that process, Naser became a believer.

“My curiosity became a quest for knowing the truth,” said Naser.

After her testimony, Naser spoke about the story of Jonah and how he did not care about the 140,000 Ninevites whose eternal destiny was in his hands. “God wanted Jonah to go to the ‘ISIS of his day’ and call them to repent. Jonah went the other way because he would rather them go to hell than to go to heaven with him,” said Naser.

Next to speak was Ruth who is a nurse and has served as a missionary in many remote places. Ruth and her family served in a region where Christians and Muslims have been at war for more than 400 years. One day, her children received death threats from the local rebels, causing them to flee their home.

“We were reading in Matthew 2 after we left in our daily Bible reading, and in that chapter Joseph is warned in a dream to flee because the life of a child was endangered, and God said, even Jesus had to evacuate,” said Ruth.

She further explained how later the Lord called her family to serve the same militant groups that had threatened the lives of her children. The Lord opened doors and protected Ruth’s family from the dangers that faced previous missionaries to the group of Muslims. Ruth continued explaining the power of prayer and the faith that is required when moving her family to a dangerous foreign mission field.

“We made prayer cards and started to go to the Christian churches to start to get people to pray for Muslims, no one was willing,” said Ruth. “No one had thought of a Muslim as a lost person, they had only thought of them as their enemy. And the fear and the hate was so great.”

Through prayer, two years later, the Lord sent a willing woman to reach these dangerous people through providing medical care. Ruth concluded saying now a whole group of Muslims have accepted Christ into their hearts due to the power of prayer.

Kate McCord was the final speaker at Women’s Session. McCord spoke on building Christ-centered relationships with Muslim women. She spoke of her time in Afghanistan and how to gain an understanding of new cultures and their expectations of Christians and God. The group McCord was a part of set out to help Afghans in tangible ways and introduce them to Jesus and establish communities of faith.

However McCord explained how it became increasingly apparent that the Muslim people’s perceptions of them were not true.“They saw us as immoral, compromising, hating them as Muslims and Afghans and not worth learning from or following,” said McCord.

She continued, “I want people to grow their relationship with Jesus, and if they like me along the way, that’s a score, but if not it doesn’t matter because I’m temporary, but Jesus is eternal.”

Naser, McCord and Ruth discussed loving and reaching brothers and sisters of the faith of Islam as Christians encounter Muslims on a daily basis. The Women’s Session was a time of encouragement, equipping and inspiring at the State Evangelism Conference.