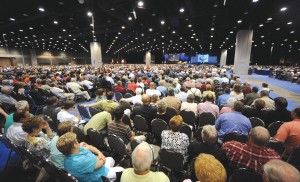 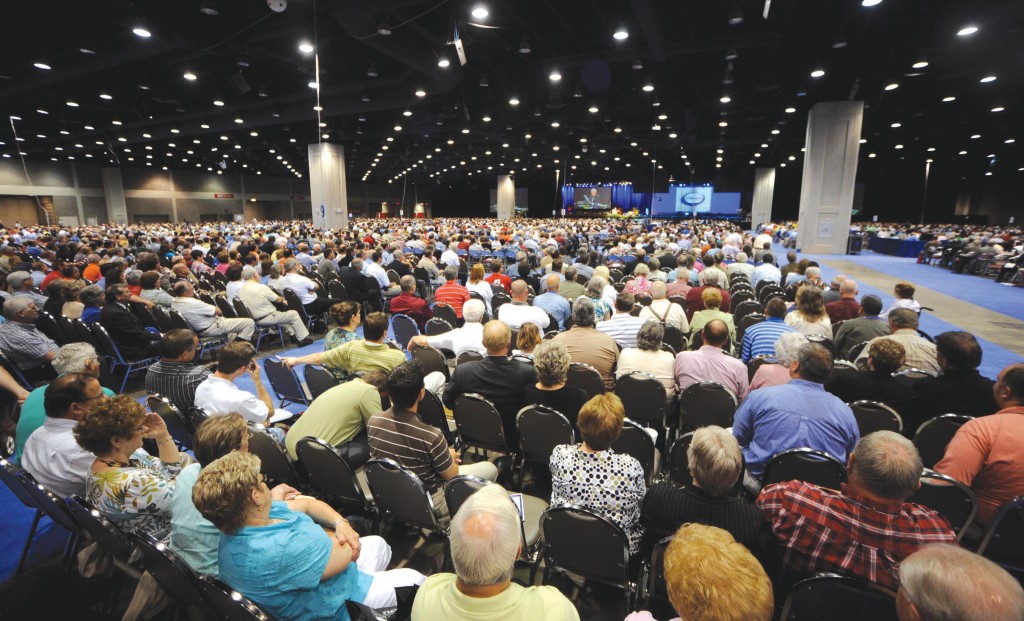 LOUISVILLE, Ky. (BP)—With the goal of finding ways Southern Baptists “can work more faithfully and effectively” together in fulfilling the Great Commission, messengers to the convention’s annual meeting June 23-24 gave the green light to a task force to examine the denomination for one year and report back to the 2010 meeting in Orlando, Fla.

Debate over the proposed Great Commission Task Force and an Internet document dubbed the “Great Commission Resurgence Declaration” had dominated pre-convention talk, with some Southern Baptist leaders backing it and others expressing concern. In the end, though, the 8,700-plus messengers at the annual meeting overwhelmingly supported the task force via a motion that gave Southern Baptist Convention President Johnny Hunt authority to appoint the panel—something he did on the meeting’s final day, naming 19 members. The actual GCR document that had sparked the discussion never was proposed, much less came to a vote.

The denomination was meeting in Louisville, Ky., to help commemorate the 150th anniversary of the founding of Southern Seminary.

• received an update about the GPS (God’s Plan for Sharing) evangelism initiative, which aims to see every SBC church planting other churches by 2020.

• passed a resolution that calls the election of President Obama a step toward nationwide racial reconciliation but that heavily criticizes him for some of his policies.

• approved an Executive Committee recommendation to cease the “cooperative relationship” with Broadway Church in Fort Worth, Texas, over the issue of homosexuality.

• re-elected Johnny Hunt to a second one-year term as president.

But the Great Commission Task Force was the leading issue, not only in the minds of messengers, but also for several of the meeting’s preachers. The task force had the backing of Hunt, who is one of the 19 members and who named Arkansas pastor Ronnie Floyd chairman.

“I feel like the Southern Baptist Convention is in what we call a defining moment,” Hunt said at a press conference following his re-election. “We are defining our priorities and . . . we’re saying to our 43,000 churches: The Great Commission needs a resurgence. We need to fund our missionaries. We need to have more money for church planting. We need to be more intentional with the GPS.”

“Sometimes, the overlap has proved to be very healthy,” he said. “But other times, the overlap is maybe taking some dollars (away) that could be placed somewhere else to cause us to go further in piercing the darkness with the Good News.”

Southern Baptists ceased their relationship with Broadway Church following a year-long study by the Executive Committee that began with a motion from the floor at last year’s meeting. The congregation has at least two same-sex couples in the church. Supporters of the Executive Committee recommendation said that while the convention fully supports ministering to the homosexual community, the church—by its actions—was in violation of Article III of the SBC Constitution, which states that churches “which act to affirm, approve or endorse homosexual behavior” are not in friendly cooperation. Some of the church’s openly homosexual members serve on church committees.

In other convention news:

• Geoff Hammond, president of the North American Mission Board, told messengers that the SBC’s associations and 42 state conventions “have signed up” for the GPS challenge and “joined hands” together with the goal of seeing every SBC church, by 2020, planting other churches. Messengers were given a paperback book by Hammond titled, God’s Plan for Sharing: North America: Your Mission Field.