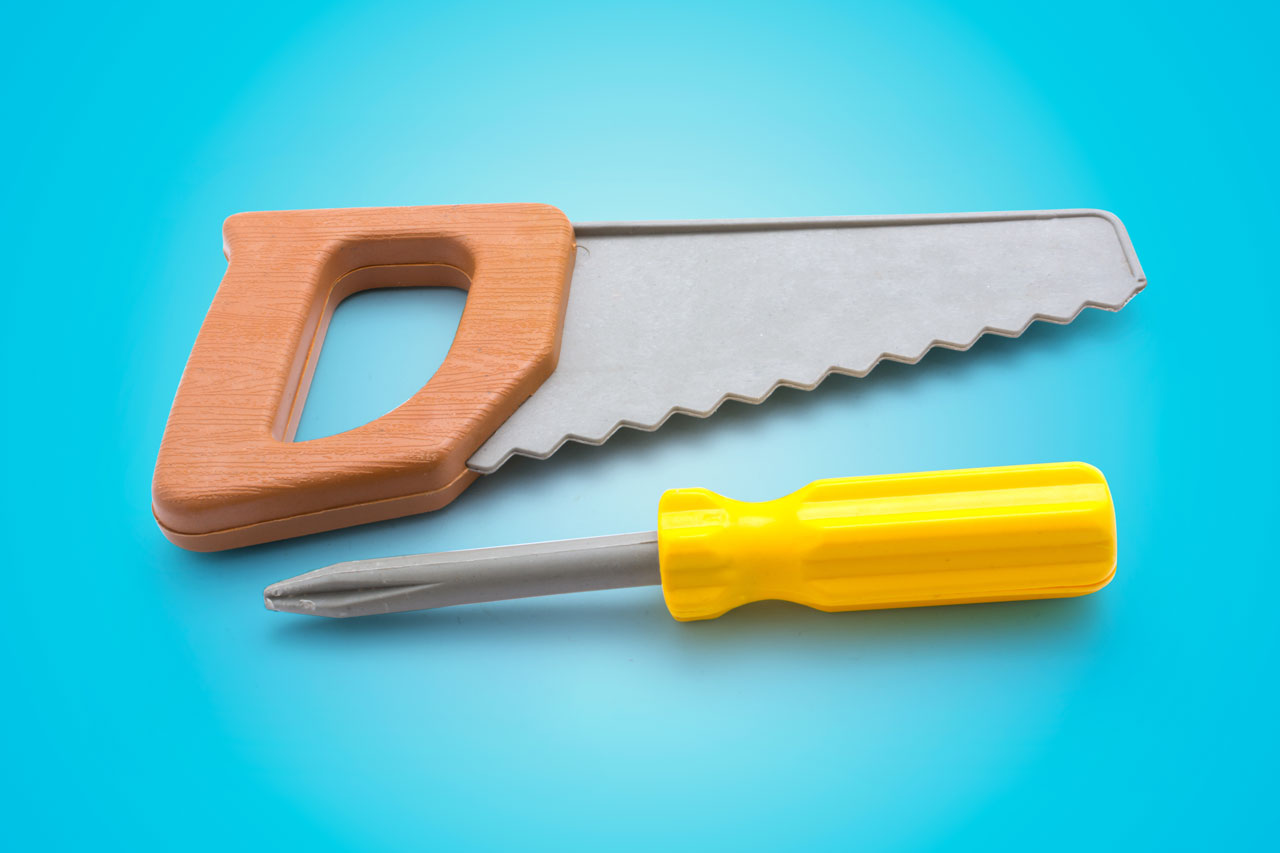 In my book, Rite of Passage Parenting, I mention that this generation is missing four essential experiences. One of these is a significant task, which gives an individual worth and value in the group in which he or she lives. If the individual doesn’t accomplish this task, a number of people are affected in a negative way.

I saw this truth lived out the other day by my grandson. Titus has now crossed the two-year mark. He came over to our house, and I asked if he wanted to help his Poppy. He replied, grinning, “I help, Poppy.”

Not long ago, my wife and I bought Titus a toy Black & Decker tool kit containing a saw, hammer, wrenches and pliers along with some nuts and bolts. I got out my tools, and he got out his. Our task was to replace a wall-mounted television. First, we had to get the box that held the new television and push it down the hallway into the room where it belonged. Of course, I could have carried the box myself, but I would have robbed my grandson of a significant task.

“Titus,” I said. “Get on the other end and push.” He placed his little hands on the box and leaned in, pushing with all his might like a strong man straining to move a train down the track. After we arrived at our destination, I opened the box and pulled out the little plastic sacks containing the remote control, batteries, instructions and TV stand. As I opened each one, I handed Titus the empty bag and asked him to put it in the wastebasket. He eagerly trotted off, deposited his prize in the trash and returned to await the next one.

With this accomplished, I noticed my helper looked a little bored. “Titus, can you saw these big Styrofoam pieces into smaller ones?” I asked. He took out his little saw and began whaling away on the foam inserts. His saw didn’t cut but caused the Styrofoam to crumble instead. Tiny white BBs began to drift around the room. Titus would stop and rest for a minute or two and then attack his project again. Before long, the room looked like a snowstorm had hit.

If you’ve spent any time with tiny pieces of Styrofoam, you know your body’s static electricity causes them to stick to your skin, your clothes and anything else nearby. It took me forever to clean up the mess, and I’m still finding snow pellets around our house. But I saw in Titus a desire to help, to do something significant. Every child is born with that desire. As parents and grandparents, it is our responsibility to identify this as soon as possible and do our best to cultivate it.

A friend of mine, Mike Lehew at Foundation Church in Sapulpa, works with a group called “Leaders in Training” or L.I.T.s. This group takes children in first through third grades and equips these young minds to have a quiet time, memorize Scripture and discover a significant task within the church. When the students are in fourth through sixth grades, the L.I.T. program helps them develop leadership skills and discover their own spiritual gifts and significance within the Kingdom. The older children also begin to teach younger ones.

This summer, 200 of these preteens participated in a Tulsa mission trip. They went to apartment complexes and mobile home communities to set up what they called “Power Clubs.” Third through sixth graders taught Bible stories, led in crafts and music and shared the Gospel personally with those who attended. By the end of the week, these young students had led 56 souls to the Lord.

One of these days, I hope to move young Titus from his significant task of sawing Styrofoam to the most significant task of all: being salt and light in a dark world, an agent of change through the power of the Gospel. My prayer is that he will one day set the captives free, standing beside his dad and Poppy as a defender of the faith.

The sad thing is, this generation doesn’t realize God has a significant task for them, so they spend their lives fighting make-believe battles and sawing Styrofoam. Ask God today to reveal your significant tasks. Could one of them be to help today’s young people find … theirs?