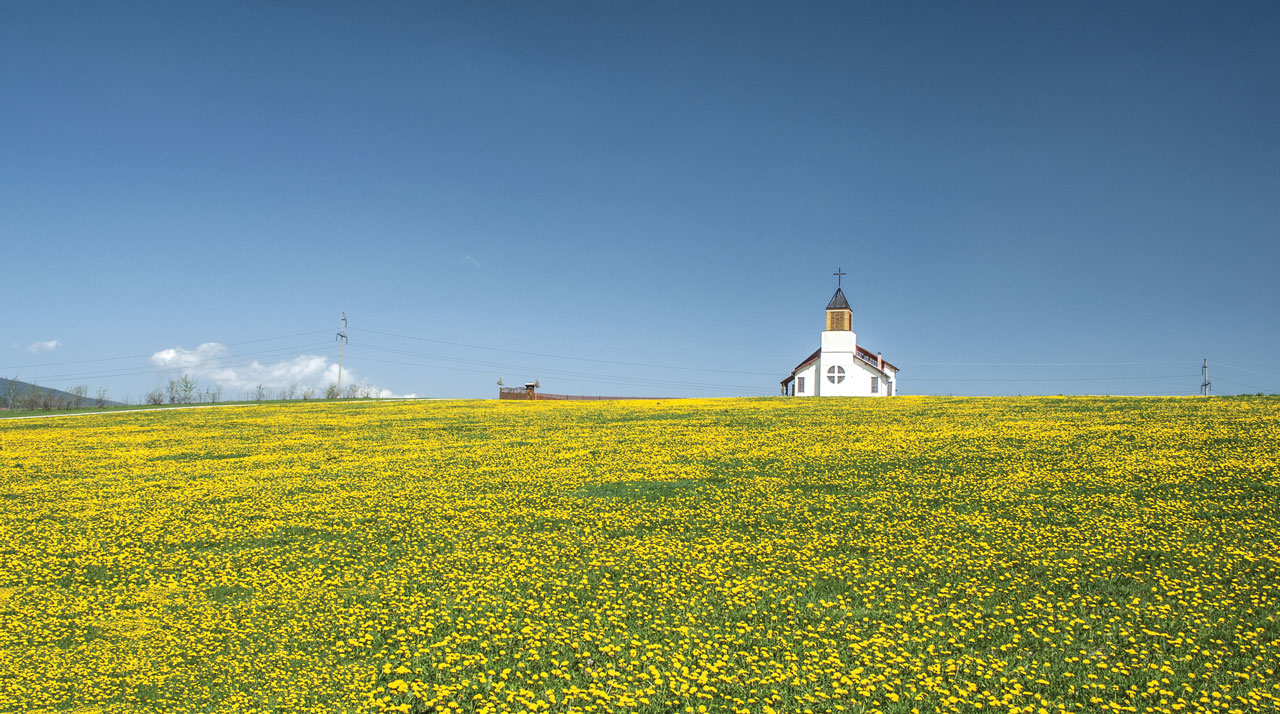 I grew up attending small, country churches. In fact, when I was growing up, there was no such thing as a megachurch. We didn’t have a clue about bands, light shows or PowerPoint. If you had asked me what a megachurch was, I might have pointed you toward a church in town that had 300 in attendance. It was bigger than my elementary and middle schools combined.

But these small, country churches molded my life. Even today, I can’t drive by one of those little white wooden structures without remembering how faithful the church members were to teach me the Word of God. I thank God for these rural churches.

As I thought about these small, country churches, I realized that they have many characteristics in common. In fact, you know you’re in a small country church when:

1. … the pastor, the chairman of the deacons, the music director and the women’s mission leader all have the same last name.

2. … they have a board up front announcing how many are in attendance today and how many attended a year ago, and the number is the same. But that might change soon; Uncle Buck’s health is not the best.

3. … your basement/fellowship hall reminds everyone of the empty tomb: dark and damp with a musty smell.

4. … more people will be caught up in the rapture outside in the cemetery than those who are inside the church.

5. … your carry-in dinners could qualify for a Michelin five-star rating.

6. … the congregation brings their own livestock to be used in the Christmas pageant.

7. … the opening of deer season coincides with the annual men’s retreat.

8. … holding hands in prayer, you notice the women’s palms are just as calloused as the men’s.

9. … the children’s ministry is cut in half when one family (or the pastor) goes on vacation.

11. … the bathroom is in a separate building from the sanctuary.

Of course, there is no such thing as a small church. There is only one church, and that is the Body of Christ. We gather together in all kinds of sizes, shapes and places, and this living organism called the church stretches across the ages.

Your church may do things differently than mine, but that doesn’t make one better than the other. Some of you may meet in a sanctuary; others, in an arena.

I have preached in churches that gathered under a tree or in a hut, but no matter where the church meets, its job is the same: to evangelize the lost. You see, we exist for those who are outside us.

The church is not a building or a place, but people who have been redeemed and are being trained to use their spiritual gifts to invite others into a relationship with a living, loving God. That’s what those small churches of my childhood did. They gave me the skills and knowledge to walk out the life of Christ. And that can happen under a tree or in a 10,000-seat auditorium. Together, we are the church.

One of the other things I remember about our small country church was that, during harvest time, you brought part of your crop to share with others. It was not unusual to see people carrying in baskets of potatoes, carrots and corn.

One time, my dad planted popcorn by accident and ended up with somewhere around 50 bushels of the stuff. So what did we do with it? We took it to church and gave everyone a lifetimes supply. And the leftovers? We put them at the end of our driveway with a sign that read, “Free Popcorn.”

That reminds me of the first church. “All the believers were together and had everything in common.  They sold property and possessions to give to anyone who had need” (Acts 2:44-45).

You see? Maybe the small, rural churches aren’t so small after all.