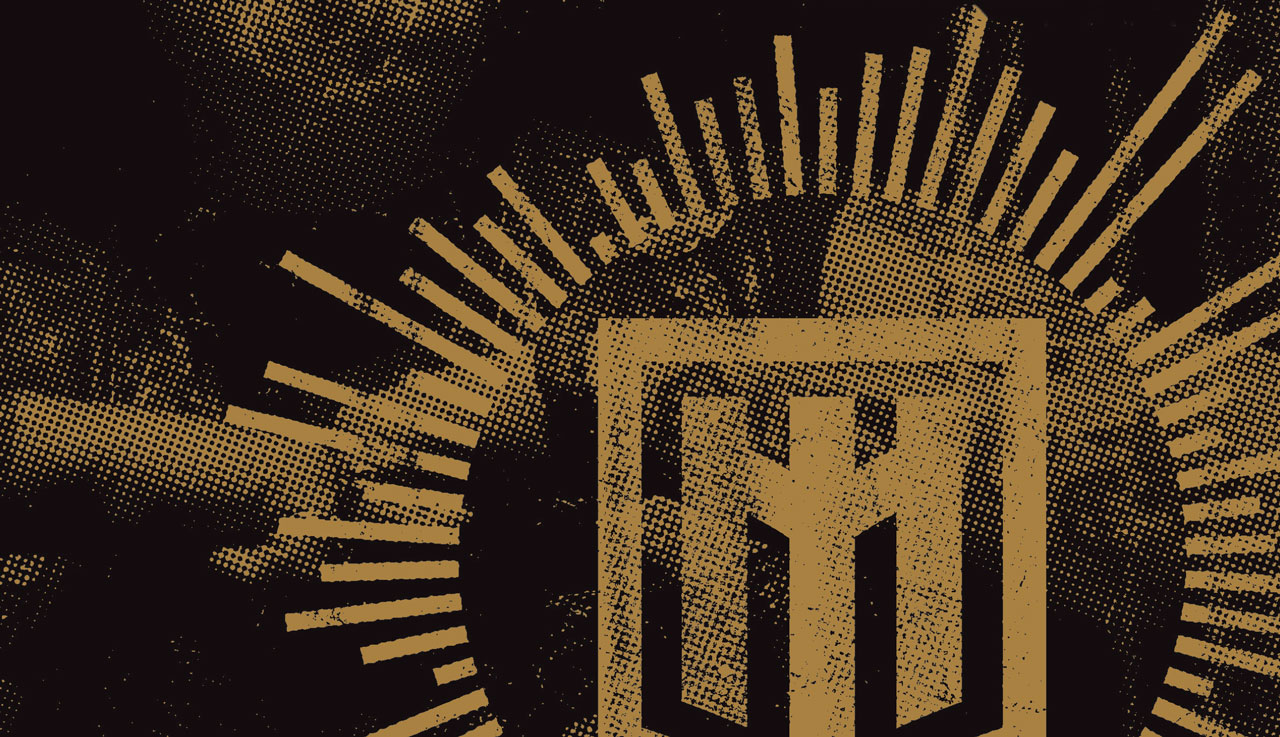 Rain does not dampen spiritual emphasis of 2015 men’s conference 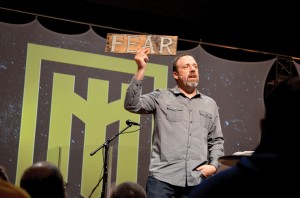 DAVIS—Rainy and muddy conditions did not deter or dampen the spirits of the 2,600 men who attended the seventh annual Men’s Rewired Conference at Falls Creek Baptist Conference Center, April 24-25. Keith Burkhart, family and men’s ministry specialist, even believes that through the weekend, Men’s Rewired “turned the corner spiritually.”

“I believe we experienced a spiritual breakthrough with a lot of men,” said Burkhart. “At first, I was concerned that the rain and the mud might have been an interference, but it wasn’t a factor at all. These men came away understanding their identity with Jesus and committing to make a difference with their families, at their churches and in their communities.”

Men were not able to participate in many of the regular outdoor activities usually featured at Men’s Rewired, but times of fellowship, worship and Bible study made for an impactful experience. More than 40 attendees gave positive feedback on the Men’s Rewired Facebook page. 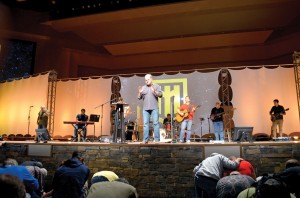 Alex Kendrick prays over men who were making spiritual decisions

“It was fantastic, an experience I will always treasure with my brothers in Christ. Iron sharpens iron!” said Mel Westerman.

“This was my first time to attend the Men’s Rewired Conference and my first time to go to Falls Creek,” said Mike Buscher. “It was an amazing experience to feel the power of God at work and an energizing and uplifting renewed direction in my life. I was also blessed to have my son experience this amazing conference with me as well.”

“All of the speakers were awesome. The Holy Spirit was strong throughout the entire event!” said Brent Yarbrough.

The three speakers spoke toward Men’s Rewired theme, which was “Mask,” referring to the disguises used to cover up spiritual battles men face internally. 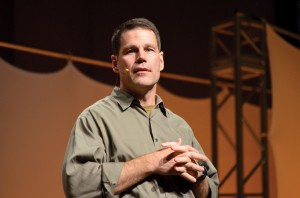 Jeff Struecker shared his experiences as an Army Ranger

Guindon, who serves at Houston, Texas, Metropolitan, led off the Friday evening Main Session, speaking on the importance of relationships that Christian men need. Preaching from I Sam. 14:4-12, he used the example of the relationship between Jonathan and his armor bearer, how they were committed to each other while battling the Philistines.

Guindon said there are too many pastors and church leaders who say they don’t need relationships.

“Show me that guy, and I’ll show you somebody who is spiritually immature,” he said. “We cannot be spiritually mature and live out God’s design for our life if we are alone and isolated from the body of Christ.”

Struecker served as an infantryman with the United States Army Rangers, surviving the battle of Black Hawk Down in Somalia and having been portrayed in the movie named for the battle. After serving as a United States Army Chaplain, he now serves as lead pastor at Columbus, Ga., Calvary. 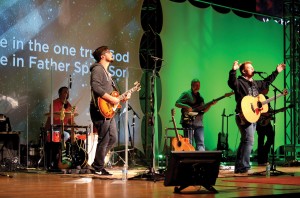 Matt Roberson and his band lead worship during Rewired

“We are at the tipping point in America,” Struecker continued, “and what happens to our future will be decided by what men in our country do or don’t do right now. I want to challenge every guy in this room. I want to challenge you to assume your God-given role as a fighter. God put it deep in the heart of every man to fight for the things that are important, and King Jesus is the great commander in chief Who’s commanding the armies and saying ‘Hey, I will lead you to victory if you will follow Me, but you’ve got to be willing to fight next to Me.’” 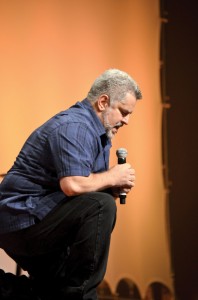 Many responded to the Friday night speakers, taking opportunities to pray with their respective pastors or church leaders and making decisions of rededication or professions of faith.

An early viewing of Kendrick’s new movie “War Room” was shown Friday evening after the main session. Many remained to watch the film that will be released in theaters Aug. 28. Kendrick who has been an associate pastor for Albany, Ga., Sherwood since 1999, oversees the motion picture ministry of Sherwood Pictures, which has produced well-known faith-based films such “Flywheel,” “Facing The Giants,” “Fireproof” and “Courageous.”

Kendrick spoke in the Saturday morning Main Session and led off by having everyone in the Tabernacle shout seven times “Jesus is Lord!” He said he changed his subject matter to what he believed God wanted him to preach that morning and spoke on “Three Battlefields”—personal battlefield, corporate battlefield and Kingdom battlefield.

“Why are these (three battlefields) so important to note?” Kendick asked. “Because if I am not walking with integrity before the Lord, then I am not winning in my personal battlefield. I am disqualified from fighting in the corporate battlefield. I cannot lock shields with my brothers in Christ in unity and prayer and take ground here at the church and community level, and that disqualifies me in the Kingdom battlefield.

“Don’t buy the lie that your sin is private and is not affecting anything. It’s affecting everything!”

Videos of the keynote speakers are available for viewing at www.menrewired.com. Also, a preview of Men’s Rewired 2016 is shown on the website. 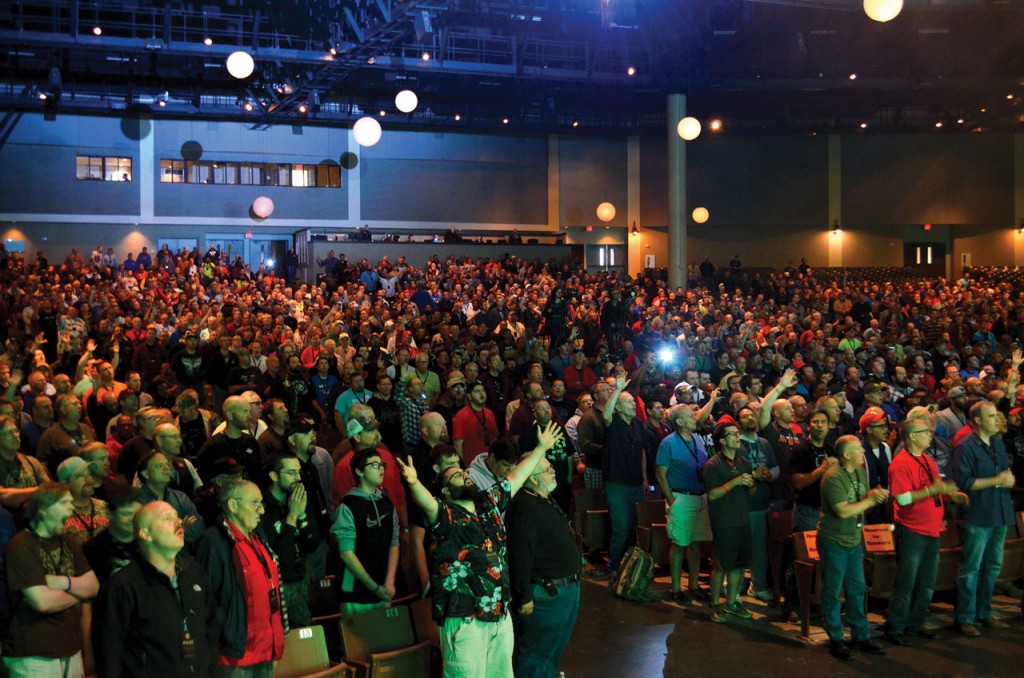 The Tabernacle was filled with men praising God.