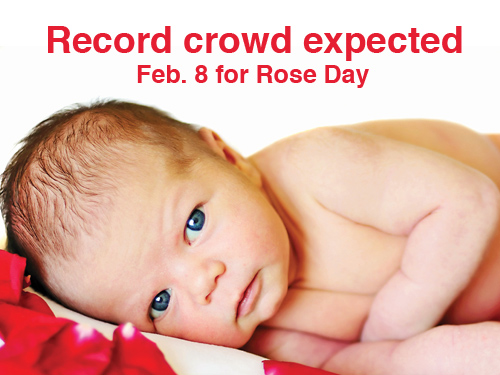 From 9:30-11:30 a.m., participants will present red roses, as a symbol of the sanctity of life, to their state legislators and other elected officials.

Keynote speaker for the event is Abby Johnson, author of Unplanned and a former Planned Parenthood clinic director and volunteer. Johnson shares about her struggles after assisting with an abortion performed using ultrasound and witnessing a 13-week-old baby fight for her life, only to lose in the end. She battled the demons within until she resigned days later, but her battle only began as Planned Parenthood was threatened by her new voice for the unborn. Johnson will share her story through triumphs and tribulations to a motivated pro-life crowd of hundreds.

Along with Johnson’s testimony, pro-life legislators will be recognized during the rally for their support and commitment to life.

“We believe Rose Day has played a major role in the passage of significant pro-life legislation for the last several years. Because of the response of many denominations, we are anticipating another record-breaking year,” said Heidi Wilburn, public affairs consultant for the Baptist General Convention of Oklahoma (BGCO) and Rose Day Committee Chair. “Rose Day participants will be encouraged to share their stance on the upcoming pro-life legislation with their legislators as they present them with a rose to signify the sanctity of life.”

Rose Day is sponsored by a faith-based Rose Day Planning Committee and the BGCO. Organizations, churches and individuals are encouraged to take part in the day’s activities. For more information, visit www.bgco.org/RoseDay.

For additional information or interviews, contact Hillary Glaze by calling 405/255-1365.