Perspective: Not death, but hope! 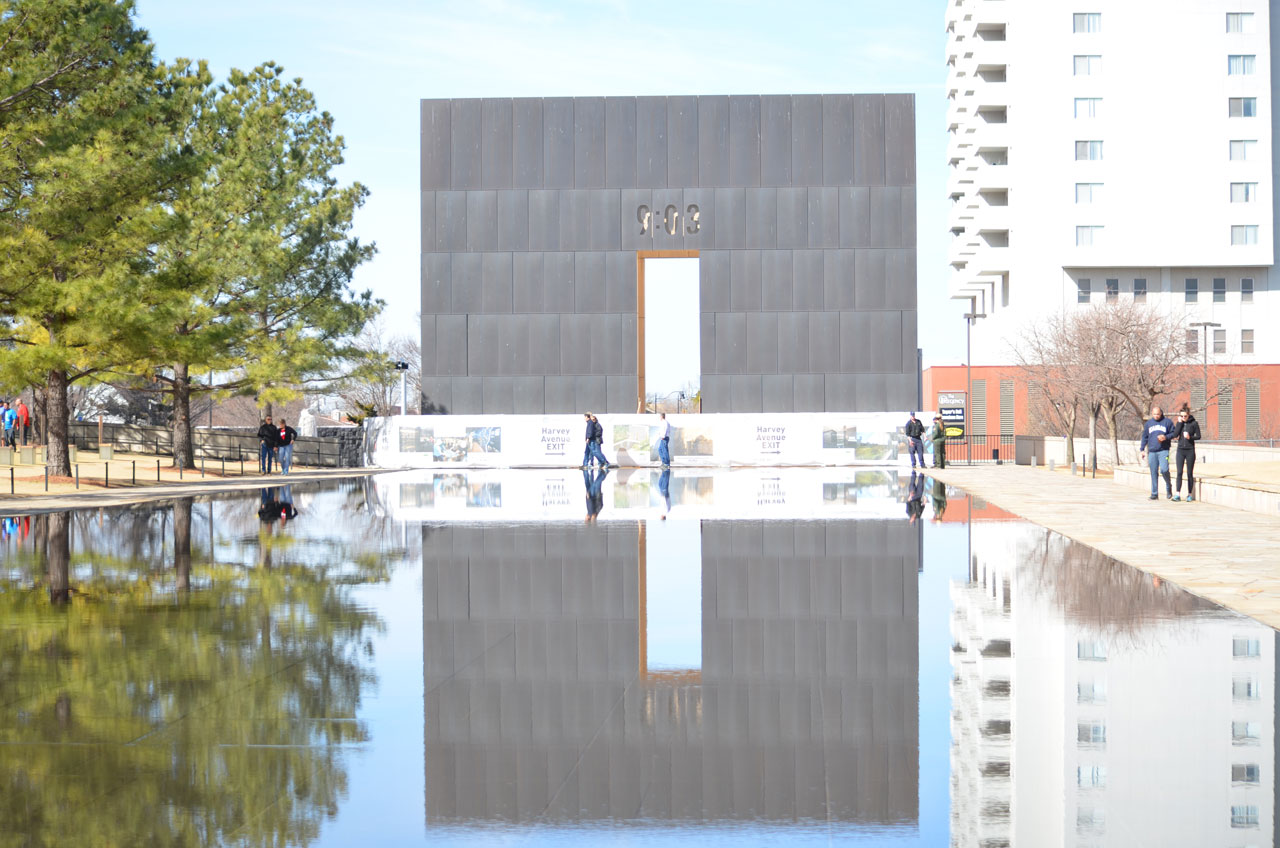 What began as a beautiful spring morning ended as one of the darkest days in the  history of Oklahoma and our nation. I remember the day well. I had spent the early morning in my study at home preparing Sunday messages. As I drove toward the church, the beauty of the spring morning made my heart glad and thankful.

At about 9 a.m., I stopped at the intersection west of Integris Baptist Hospital, which provided a full vista of downtown Oklahoma City. Suddenly, there was a loud boom like a bomb had gone off. I looked toward downtown and saw a heavy black cloud of smoke rising. Within minutes, I arrived at the church and turned the television on to see what had occurred. What I saw was mind numbing.

It was April 19, 1995. The day the darkest and most unthinkable evil struck the heartland. An evil that stole 168 souls from us, of which 19 were innocent children. Unthinkable and unimaginable, the evil of terrorism had ripped through the heartland and would change our perspective forever.

Within minutes, reporters were swarming downtown Oklahoma City frantically trying to make sense out of nonsense. Live television coverage gave us the first images of the Alfred P. Murrah Federal Building, or what was left of it. When the building was identified, our church staff immediately tried to discover who of our congregation worked in the building and sought to find information about them. This same scenario was played out across our city in churches and among families.

We were able to quickly determine the safety of two members of our church who worked at the Murrah Building. Neither were in the building that day. One had decided, at the last minute, to stop to wash his car, and that 10-minute stop meant the difference between life and death. Over the next few days, we discovered that two people from our church had been killed.

By late afternoon on April 19, we found another church member, Patti Hall, in a hospital. Patti worked on the third floor of the Murrah Building and fell from the third floor to the basement. She suffered more than 40 breaks and multiple injuries.

I am going to tell you about a very personal event in regard to Patti and hope you do not misunderstand. Over the next few days following the bombing, Patti clung to life. About 11 p.m. one night, I received a call from a family member telling me that Patti was very near death, and the nurses believed she would not last the night. I went to the hospital and was given permission to go into her room, where she lay suspended in a special device because she could not lie on a bed. When I entered her room, as clearly as I have ever heard the voice of the Holy Spirit in my life, He told me to pray that Patti would live. Quietly and obediently, I prayed over her to ask the Father to restore life to her. I left the room and went to pray with the family. Within minutes, Patti began a turnaround that would result in her recovery—this was a God moment. While Patti would suffer much pain and many surgeries through the rest of her life, she became an inspiration to many who suffered so much loss in the bombing.

In the hours and days that followed the bombing, one thing became clear. Oklahoma faced tragedy in a different way than had been evidenced in other parts of the country and world. Volunteers, companies, and first responders rushed to the sight, offering themselves, equipment, food, and anything needed to help with the search and rescue effort. Rescue teams came from around the world to help. What these individuals discovered would become known as the Oklahoma Standard. Television and radio would announce a need for water, gloves, or boots, and within minutes, long lines of cars formed at the drop-off site and there would be more items than could be used. The heart of Oklahoma people was evident to the world. No need went unmet.

The Sunday following the bombing, churches were filled with worshippers. That Sunday morning, a photographer and a reporter from the New York Times came to our service. The next morning, on the front page of the Times, was a picture of our teenagers with hands raised worshipping the King of Glory. I preached on our eternal hope in Christ. For believers, darkness never suffocates the Light. From the darkness of death and destruction, hope shines eternal. Satan and evil may gain apparent victory for a moment or a season, but as believers, we know the end of the Book!!

The reporter in our worship service could not get over the triumphant spirit of our worship in the face of such grief and sorrow. Why did Oklahomans face this tragedy so united, and why were they so responsive to any and every need expressed? I answered simply—Oklahomans are, by and large, people of faith. While every person is not a Christian, the Christian ethos covers our state.

I remember walking among the rubble as a volunteer chaplain. I walked beside the crater left by the bomb. Staring up close at the gnarled building, my mind found it hard to comprehend the level of evil displayed. Here, innocent lives were snuffed out without remorse. Satan had hurled a mighty blow. April 19 will be remembered as long as Oklahoma City stands. April 19 will not be remembered for the triumph of evil, but will be remembered for the victory of faith, love, and kindness displayed by the people of the heartland—people from the buckle of the Bible belt. On that fateful day and in the days that followed, faith, hope, love, and goodness would be on display.

The last word to define April 19 is not death, but hope!