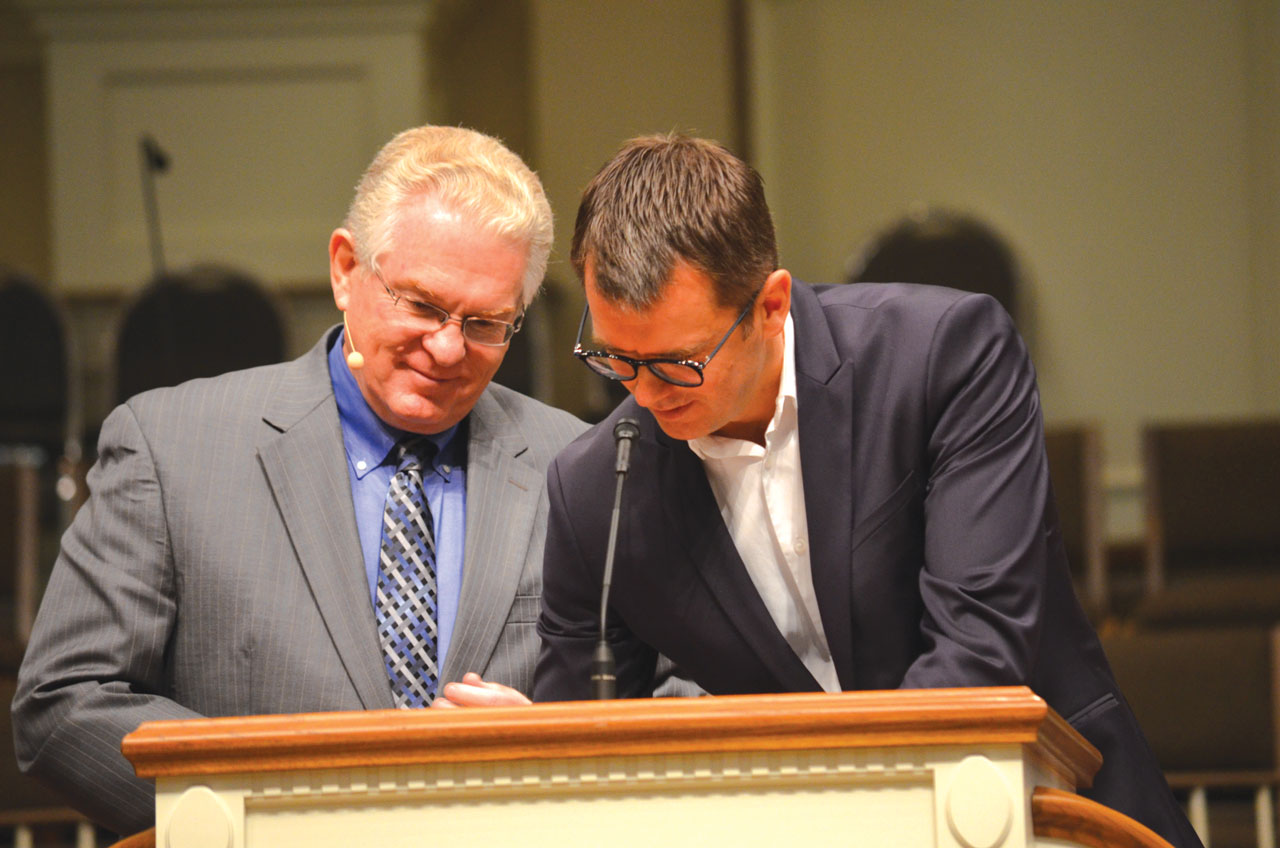 During the 109th annual meeting of the Baptist General Convention of Oklahoma (BGCO) Nov. 9-10, Oklahoma Baptists forged a three-year missions partnership with Latvia and extended their current partnership with Guerrero, Mexico through 2017.

Anthony L. Jordan, BGCO executive director-treasurer, said “a door wide open for ministry” is available in Latvia. The country, which is still recovering from 50 years of Soviet occupation, has a high degree of lostness.

Peteris Sprogis, bishop of the Latvian Baptist Union and founder of the Baltic Pastoral Institute for Church Planting, said some 3 percent of Latvia’s population regularly attends church or reads the Bible.

Sprogis and Jordan, in a signing ceremony at the annual meeting, officially forged the partnership, which includes the option to renew for an additional three years at the conclusion of the original agreement. A time of prayer then was observed for the new partnership.

Also at the annual meeting, Jordan and Sam Porter, BGCO partnership missions specialist, announced that Oklahoma Baptists will continue their missions partnership with the Guerrero Baptist Convention through Dec. 31, 2017.

Porter talked about the church planting movement in Mexico, specifically Acapulco, as a growing opportunity.

“We need 10 Oklahoma Baptist churches to seize this opportunity,” Porter said. At the time of publication, several churches already had stepped forward, committing to the work.

Griff Henderson, pastor of Edmond, Waterloo Road, said his church has been involved in Mexico for years, and has seen fruit from the ministry there.

“Regarding safety, we have never felt unsafe during our time, and we have seen the Lord do mighty works for the advance of the Gospel,” Henderson said.

For more information about the Latvia or Mexico partnerships, contact the BGCO partnership mission office at 405/942-3000, ext. 4336, or visit www.bgco.org/partnership.