Oklahoma Baptists will gather to bring Him glory

EDMOND – The 112th Annual Meeting of the Baptist General Convention of Oklahoma (BGCO) will take place at Edmond, First, Nov. 12-13. The meeting will feature various times of business, fellowship and worship, under the theme “To Him Be the GLORY in the Church,” based on Eph. 3:20-21.

The Oklahoma Pastors’ Conference and Missions Celebration will commence prior to the BGCO Annual Meeting. Both events begin at 9 a.m. on Mon., Nov. 12.

The BGCO Women’s Ministry will host Missions Celebration, an annual event focusing on what God is doing through missions. Keynote speakers include Kari Shank and Courtney Bullard. Worship through music will be led by Teresa Harmening. For more information, visit www.bgcowomen.org/missions-celebration.

The opening session for the BGCO Annual Meeting begins at 6:15 p.m., Mon., Nov. 12 with pre-session music by the Singing Churchmen. BGCO President Joe Ligon will preside over the first session, which will feature the installation of Hance Dilbeck as BGCO executive director-treasurer.

On Tues. evening, following the BGCO Annual Meeting, “The Gospel, the Church and Foster Care” rally will begin at 6:30 p.m. This equipping event will feature a panel of speakers, as well as a special demonstration involving the life of a foster child. Russell Moore, president of the Ethics and Religious Liberty Commission of the Southern Baptist Convention will be the keynote speaker. For more information, visit www.bgco.org/foster.

Further information on all events relating to the BGCO Annual Meeting can be found at www.bgco.org/annualmeeting. 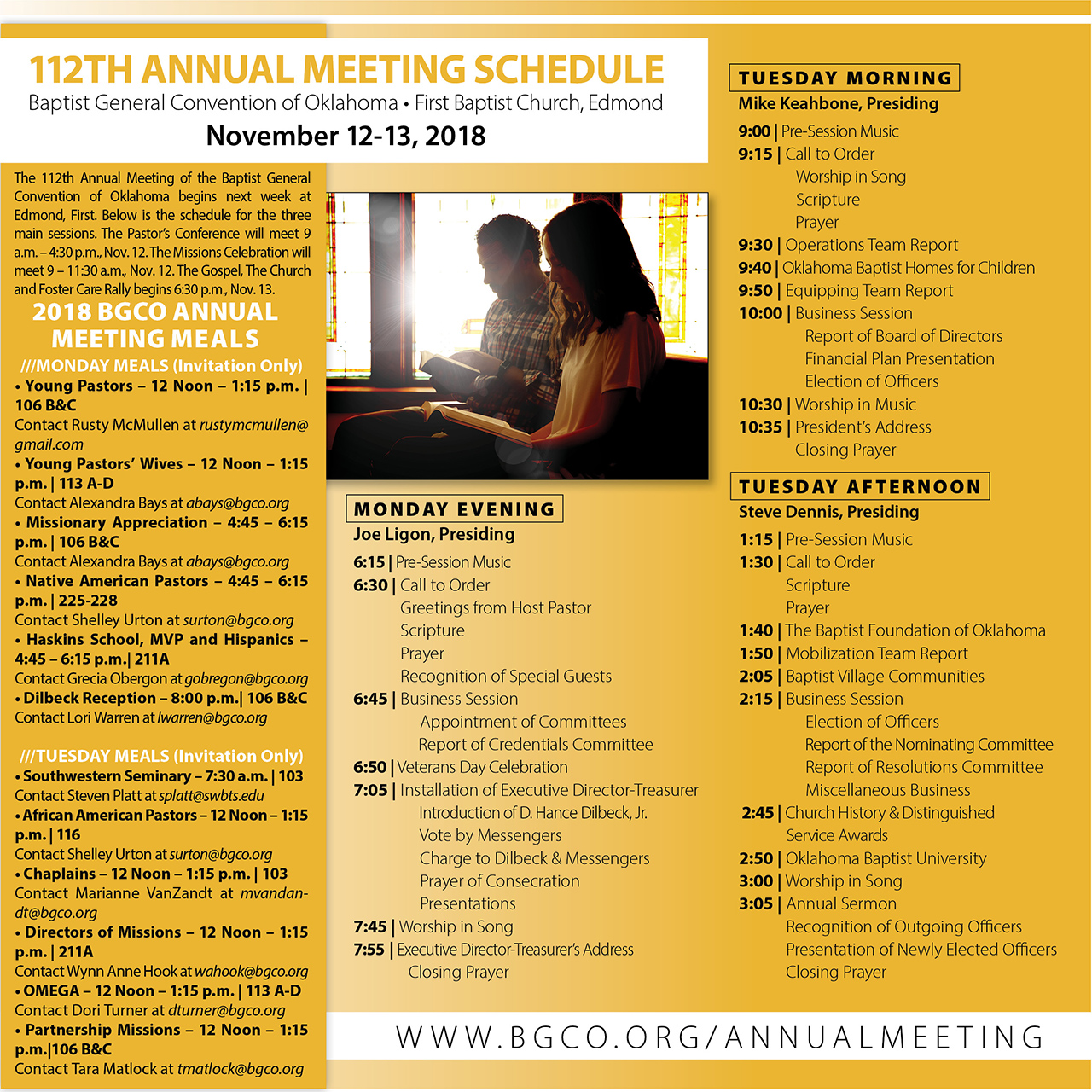 CONVENTION COMMITTEES
The following persons were appointed to serve on various committees for the 112th Annual Meeting at Edmond, First.