No better than terrorists 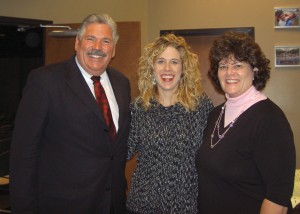 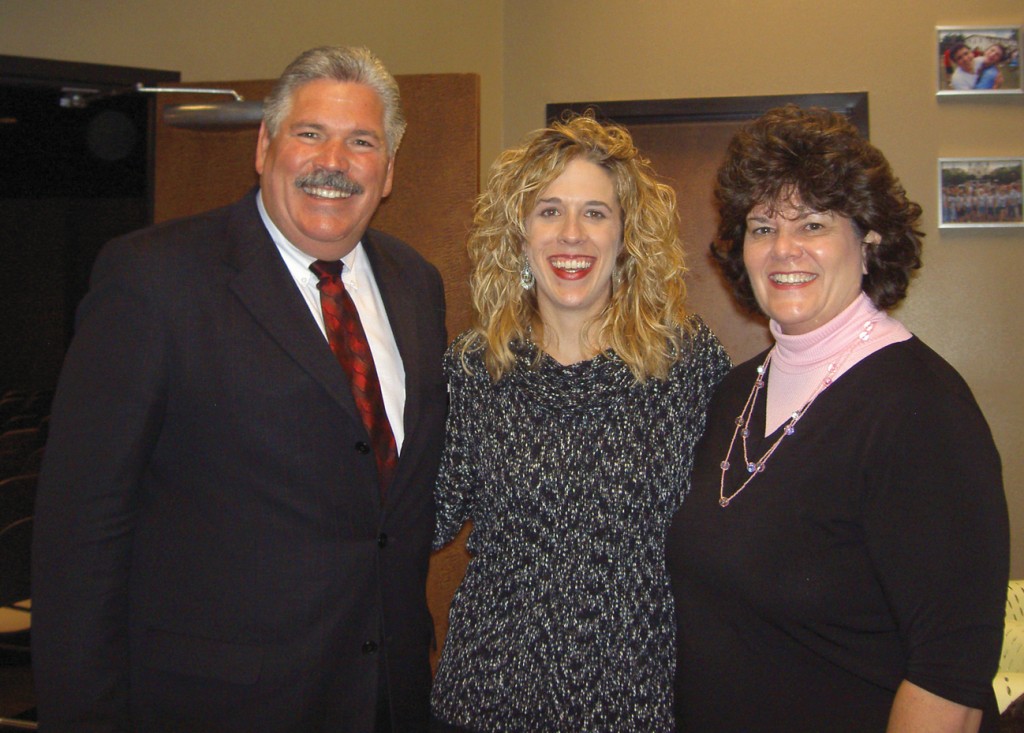 MOORE-There is no difference in terrorists and those you work with who have absolutely no integrity, Carrie McDonnall told those attending the Missions and Ministries Celebration Nov. 12 at Moore, First.

“They are all simply and devastatingly without Christ,” said McDonnall, who is the lone survivor or a terrorist attack in Iraq, which killed her husband, David, and three other missionaries.

McDonnall, whose body was riddled by 22 bullets and unnumbered amounts of shrapnel, was one of four featured speakers at the event which preceded the annual meeting of the Baptist General Convention of Oklahoma.

McDonnall, who endured 10 surgeries and months of physical and occupational therapy, said the questions she is most asked are “Why would you go to a place like that?” and “How could you go to ‘those’ people?”

“You can often feel the hate in the voice of those who ask the questions,” McDonnall revealed. “Those who have become children of light forget they once sat in darkness. God called you and pulled you out of darkness into his marvelous light. You did nothing. Nothing separates you from the terrorist except His marvelous grace.”

McDonnall, said she and David couldn’t wait to get to Iraq to minister to the people there.

“We went because Christ’s love compelled us to go,” she said. “We can no longer live for ourselves because of the cross.”

She said they had the opportunity to worship in a small Iraqi house church, which was started when a member who traveled to Lebanon heard the truth about Jesus on his trip there. The struggling believers are now being led by an Egyptian who said God told him to go to Iraq, and God directed his path to the fledgling church.

On the day of the terrorist attack, the five missionaries were traveling from a water purification site through Mosul when their truck was fired upon. Three of the missionaries, Larry and Jean Elliott and Karen Watson, died in the truck. David, who died a few hours later, and Carrie were still alive.

“It amazes me that we were able to get the help of Iraqis who didn’t know if the terrorists were coming back,” said McDonnall. “They had compassion to help complete strangers.”

McDonnall said in their culture, men don’t touch women in public, especially a foreign woman and especially not a woman covered from head to toe in blood, yet some men carried her out of the truck, and showed her respect by covering her ankle, when her skirt slipped up.

“In the midst of utter chaos, God brought complete strangers to help and have respect for a foreign woman,” she said. “That was the hand of my sovereign God.”

After 10 hours of surgery, McDonnall was flown to her home in Dallas, where she woke up eight days later to find out her husband had died.

“I was in the valley of the shadow of death, but I did not fear, because my Lord was protecting and comforting me,” she said. “I can’t say there weren’t days when all I wanted to do was stay in bed in a dark room and cry, but I found many biblical promises to be true.”

McDonnall said she still has a love for the Iraqi people.

“We have the love of Christ in us, and we need to go running into the darkness with that love.”

Moore, president of AweStar Ministries in Tulsa, has taken 13,000 teens on mission trips to 36 countries.

He said he had a speech impediment in grade school, and his high school speech teacher called him in and gave him a list of jobs he could hold that didn’t have verbal skills.

Moore said in all of his trips overseas, he has come to realize that a willing witness and a seeking soul come together in a divine encounter.

He told of missing subways, buses, and trams and then finding himself in the exact spot he needed to be.

“I got on a bus with a group of young people after just missing the transportation we were supposed to make, and there in the back of the bus was a young man who I asked him to be an interpreter for us, and he said he had been praying for something to do for Jesus,” Moore recalled.

Then there was the time he was in the right place for a TV interview that helped people know the group was in town, and a box of mispacked Bibles he thought were in the wrong place.

“We had just witnessed in a Satanic church in Hungary, and were going to give them Hungarian Bibles, but when we opened the box, we discovered Russian language Bibles,” Moore said.

Yet, he was led to a place with terminally ill children from Chernoble. That night, 124 of those children gave their lives to Christ and had Russian Bibles to take home.

“My disappointment is God’s divine appointment, and my obedience is someone else’s salvation,” Moore said.

Hammond said if we reach the nations and ignore our neighbor, God will hold us accountable.

“When we look at our nation, the task seems overwhelming, but we have a weapon-prayer,” he said. “God uses the prayers of saints to release His incredible power. We have to get serious about prayer.”

Porter said everyone who is a Christian is called by Christ.

“God called me at 9 to be saved, and in 1966 at Falls Creek, God got hold of my heart and never turned me loose,” he said. “A calling is God moving in our lives. The Lord calls whoever is willing to listen.”

Porter, who is also in charge of Oklahoma Baptists’ disaster relief, said in the last six years, he was called before the second tower in New York fell, before bombs were dropped in Iraq, two days after the Tsunami hit, to New Orleans after Hurricane Katrina, to Mexico after flooding there and to California after the wild fires.

“Can God depend on you today, or are you too busy to answer?” he asked. “If you don’t hear the voice of God like you used to, it’s not a hearing problem, but a heart problem.”