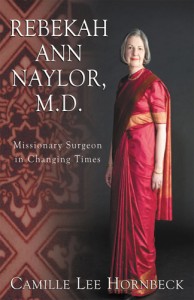 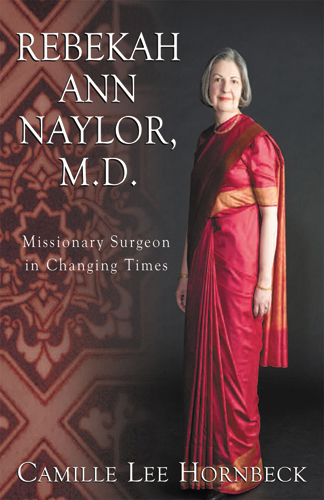 While America entered the decade of the 1960s with an ever burgeoning mindset of free love and resistance to institutional authority, a countervailing subculture was growing by leaps and bounds. During this time in American history, the Southern Baptist Convention (SBC) boasted extraordinary growth among young people noted for their participation in the various mission education programs of the denomination. Little more than a century old, the SBC was emerging as a mighty engine for missions fueling the growth of an international missionary force, the likes of which the world had seldom seen. Even during turbulent national experiences, the SBC exemplified a vibrant counter-resurgence to the fraying of American culture with an intentional emphasis on figures such as Lottie Moon and the scores of missionaries risking their lives for the Gospel of Jesus Christ.

No one signified missionary outreach quite like Rebekah Naylor. She reignited (among young women particularly) a missionary mindset which impelled new horizons of mission work to emerge from people who were trained as physicians, business leaders and entrepreneurs. By her example, countless hundreds were encouraged to use their skills on foreign fields of service. Like Naylor, many left everything to enter a world where service to the church and the advancement of the Gospel would become their life’s work even if they were not trained as pastors.

Intellectually, Rebekah Naylor always showed great promise. Naturally curious about many things and widely read in many areas, she came across a biography of a Christian surgeon who gave her life in missionary service to India. The life of Dr. Ida S. Scudder fascinated the young Naylor as she memorized the details of Scudder’s missionary endeavors. Scudder was one of the first female graduates of Cornell Medical School and went on to establish the Christian Medical College and Hospital in Vellore, India. Soon after reading Scudder’s biography at the age of 10, she began to pray about many of the issues Scudder’s life brought to light. As a young woman, Naylor was fascinated with medicine, and the opportunity for medical missions began to spring to life in her mind.

Little did she realize that only a few years later, she would publicly express to her family and church her desire to become a missionary. What followed was years of preparation. After graduating from Baylor University with high honors, she made her way to Vanderbilt University Medical School in Nashville, Tenn., chose a general surgery track of study and developed her skill as a doctor. Never one to shy away from a challenge or break existing stereotypes, she pressed forward in a field where (at that time) few women populated the medical profession. She remained undeterred in her goal of becoming a surgeon.

Naylor found herself in Bangalore, India, 100 years almost to the day after Lottie Moon was appointed a missionary of the Southern Baptist Convention’s Foreign Mission Board. This young missionary doctor had much in common with Moon. Like Lottie Moon, she was carefully taught the doctrines of the Bible by some of the most gifted Bible teachers of her day. Moon’s pastor was the classically trained and brilliant preacher John Albert Broadus, who served as the senior minister of the First Baptist Church of Charlottesville, Va. Broadus carefully taught Moon the Bible and worked with her as her agile mind apprehended the truth of Holy Scripture.

Naylor’s pastor was none other than her father who possessed an uncanny ability to preach the Bible in a scholarly yet engaging manner which caused him to be in great demand across pulpits of the denomination. So highly regarded was Dr. Robert Naylor that he soon was called as Senior Pastor of the historic Travis Avenue Baptist Church in Fort Worth, Texas. It was here that Rebekah Ann Naylor, the youngest of the Naylor’s three children, gained her grounding in missions. “Many people poured themselves into me as young child,” Naylor still remarks about her experiences at Travis. As she prepared for her appointment as a missionary, it was all but universally regarded that Naylor represented the best and the brightest of Southern Baptists. Her impressive academic record and notable achievements at some of the nation’s finest medical schools and prestigious hospitals inspired a denomination to mobilize for missions in new ways.

In the Tamil language in India, no word exists for surgeon, so Rebekah Naylor came to be known as “the cutting doctor.” With that pronouncement, children flocked and crowds gathered near—some just to get a glimpse of this new doctor from America. Throughout her ministry in India, she served not only as surgeon but as administrator, entrepreneur, strategist and teacher.

Her letters home and personal journal entries from India provide a doorway into the life of a mind and heart remarkable in its capacity for detail, steadfastness and compassion. Her writing is honest, as when she notes that her appointment as chairman of India Baptist Mission induced a “state of numbed exhaustion.” Or when, upon an initial visit to Bangalore, she wonders if she will ever learn to drive a car.

Naylor made sure to give the “critters” in India their rightful place among her journal entries. She tells of a “critter” running in the ceiling of her cabin and causing her so much distress that by midnight she could take it no more. “I just got up, went out, crawled into my car, locked myself in and slept soundly until 6:30.”
Critters on ceilings were nothing compared to the cobras. “Oh, as Millie (Millicent Kohn—the former director of children’s ministry at Dallas’ First Baptist Church and family friend) and I were sitting on the porch eating lunch, what should we see on the other side of the screen but a 5 foot cobra with the head up and hood open,” she writes.

To list Naylor’s spate of accomplishments across 35 years of ministry is to find a career marked by constant change, flexibility and a desire to make things happen when setbacks could easily discourage a lesser person. When she first arrived in Bangalore, India, she served as a general surgeon. Her responsibilities quickly grew and required that she assume an administrative role, then a teaching role, then an executive role followed by an administrative role with the International Mission Board (IMB) of the Southern Baptist Convention.

In the Bangalore Baptist Hospital was a series of changes which required a systematic reworking of the entire missions strategy as the institutional approach to evangelism morphed into something quite different during the past three decades. Initially, Naylor built a ministry around the hospital with opportunities for personal evangelism and the formation of local churches emerging from personal contact through the medical care provided by the hospital. Institutions such as a hospital, however, proved to be an expense for which the International Mission Board thought best administered by the citizens of India rather than Americans who assumed the lion share of responsibility and management.

The struggle to find a buyer for the hospital in Bangalore and the transition of Naylor’s personal ministry as a surgeon to a consultant with the IMB was tedious and challenging. It was none other than Jerry Rankin, current president of the International Mission Board, who assisted Naylor with the many details and requirements for the ongoing operations of the hospital and the church planting emphasis now assumed in her new role.

As Naylor reflects on 35 years of ministry in India, she often pauses pensively as she evidences a look of concern about the future of the International Mission Board and even the Southern Baptist Convention. “I am concerned that we are very self-focused to the point that the future of our missions effort stands in jeopardy,” she said during a recent interview. “The strength of the Southern Baptist Convention comes as local churches work together to send the Gospel to those without Christ. We must never lose our focus on our obligation lest we forget the purpose of our founding.”

Naylor now resides in Fort Worth, Texas, with her mother, Goldia, who turned 100 in March. Her mother is still mentally sharp, and she uses all her skills as a physician to care for her. “My ministry is now to raise the critical awareness of the vast need in the world in the churches, and I constantly want to be an advocate for the work of international missions through the Southern Baptist Convention and beyond.”

Judging from the numerous speaking engagements already booked over the next several years, it seems that her own beloved Southern Baptists believe they have found a modern Lottie Moon. Naylor calls Moon one of her “real heroines.” In one of her journal entries Naylor states:

My, our world has really changed in these years. Lottie traveled four months to China. Today we can go anywhere in our world in hours, just one or two days. As I look back over more than 30 years of missionary service, I realize that some things have changed very little. The lostness of our world and God’s love for the lost are still the same. God still is calling out His people just like He called Lottie to go and tell others about Jesus.

Douglas E. Baker is the Executive Editor of The Baptist Messenger and the Communications Team Leader for the Baptist General Convention of Oklahoma. 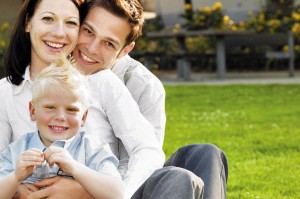